Javier Bardem – not ‘just’ an actor 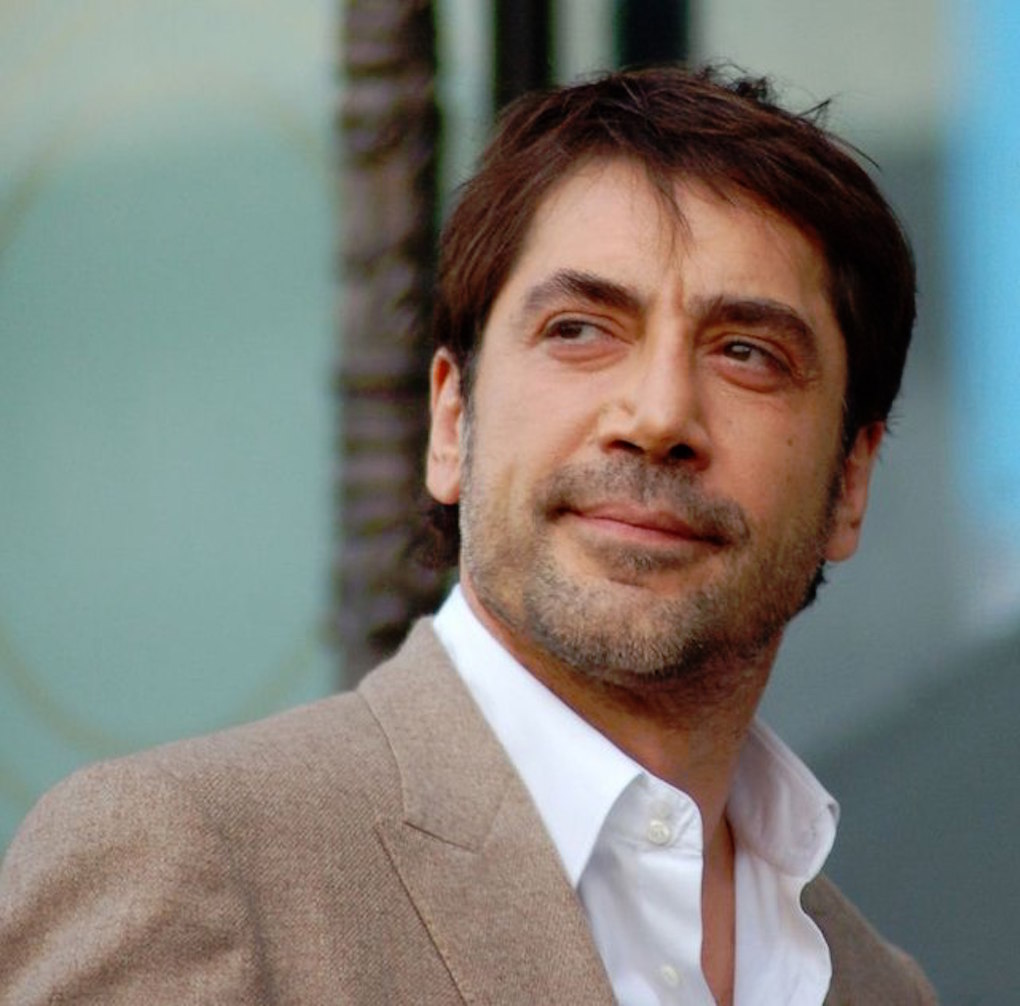 The award-winning actor is renowned and respected in his home country of Spain for his work for the environment and for being vocal on issues from Sahrawi refugees to the rights of Palestinians.

Bardem has been a Greenpeace ambassador since 2018 when he went to Antarctica with the organisation and had the chance to see with his own eyes the deterioration ocean waters are experiencing due to human activities.

He said, almost three years ago now, that we need a world pact to protect our oceans. “The experts say that if by 2030, within 11 years, at least 30% of the world’s oceans are not protected, the situation will be irreversible. This sounds very catastrophic and like a Hollywood disaster film, but it’s true,” he said before addressing hundreds of delegates at the UN.

He admitted he first got on a Greenpeace boat knowing next to nothing of what was happening in the sea, but because of what he saw, he traveled to Antarctica and filmed a documentary titled ‘Sanctuary’, because, as he said,”The ocean is the climate issue that is least discussed in top political circles.“

That is neither the beginning nor the end of his political activity. Back in 2012 he became frustrated by a lack of action by governments throughout the world, and the United Nations, and so made the documentary ‘Sons of the Clouds: The Last Colony’, about the refugee crisis in the Western Sahara.

Hundreds of thousands of people, known as Sahrawi, have for decades been forced to live in refugee camps or on Moroccan-occupied lands, because no government or organisation has dealt with Morocco’s illegal territorial ambitions. Morocco seized control of the Western Sahara in 1975 after Spain quit the territory but it hasn’t abided by a 2000 United Nations order that a referendum be held to allow Sahrawi self-determination and possible independence from Morocco, and the UN has done nothing to enforce its ruling.

Governments in Spain, France and the US have been loathe to rock the boat with their allies in Morocco. And in the documentary Bardem and director Alvaro Longoria confront politicians to no avail.

The refugees are split between the occupied territories, in which there are thought to be 150,000, and the refugee camps, around 200,000. But there’s no official figure about how many Sahrawis there are, though those figures are no longer used. The number of 90,000 refugees is now used as a planning figure to be considered for humanitarian assistance this year, 2022, ten years after Bardem and Longoria made their documentary..

Bardem explained why not much is known of the Sahrawi. “It’s little known because they basically are peaceful. In Spain it’s well known because we have this historical responsibility with them, a moral responsibility with them, but out of Spain it’s not well known beyond the political forums. It’s a good example of a solution that should be an easy solution, that could be fixed. Not easily, because nothing is easy. But it is not that complicated because they have the law and the truth on their side. And it doesn’t get fixed because of economic interest and geostrategy interests and the backup of the United States and France and Spain also.”

Bardem and his wife, Penelope Cruz, have also long advocated for an end to what they describe as Israel’s genocide of the Palestinian people. Together with other Spanish film stars, directors, musicians and writers, Bardem and Cruz called on the European Union to “condemn the bombing by land, sea and air against the Palestinian civilian population in the Gaza Strip” in an open letter in 2014.

The letter also stated: “Gaza is living through horror these days, besieged and attacked by land, sea and air. Palestinians’ homes are being destroyed, they are being denied water, electricity [and] free movement to their hospitals, schools and fields while the international community does nothing.”

He followed this up with an article in the newspaper El Diario, where he said: “I cannot understand this barbarism, even more brutal and incomprehensible considering all of the horrible things the Jewish people have gone through in the past.”

Predictably, he was called an antisemite for his comments, and responded with a statement which said: “While I was critical of the Israeli military response, I have great respect for the people of Israel and deep compassion for their losses. I am now being labeled by some as antisemitic, as is my wife – which is the antithesis of who we are as human beings. We detest antisemitism as much as we detest the horrible and painful consequences of war.

I was raised to be against any act of violence, and the consequent suffering of humanity for it, regardless of religions, ethnicities and borders. Too many innocent Palestinian mothers have lost their children to this conflict. Too many innocent Israeli mothers share the same grief. There should not be any political reason that can justify such enormous pain on both sides.”

His mother the activist

Of course, his activism should come as no surprise to anyone who knows a little about the Bardem family. His mother, Pilar Bardem, was also a renowned Spanish actor known for her outspoken left-wing political views and throughout the dictatorship of Francisco Franco she remained close to the clandestine Communist Party.

She worked endlessly for ‘labour rights for actors, civil rights for women‘, and ‘a more liberal Catholic Church’ and believed her position was not uncommon. She was just ‘one of so many‘.

In 2003, along with other Spanish actors, Pilar Bardem opposed the Spanish government’s decision to send troops to Iraq, and, on 5th February 2003 when she was invited, amongst other actors, to the Congress of Deputies, they were evicted after displaying T-shirts and shouting anti-war slogans.

And just like her son she was a vocal supporter of the Sahrawi’s. She died in 2017, but just last month, during a homage paid to her at the FiSahara, the Polisario delegate to Spain announced she will be posthumously bestowed Sahrawi citizenship.

So, not only has Javier Bardem made such truly wonderful films such as ‘Jamón Jamón’, ‘Before Night Falls’, ‘Mar Adentro’, ‘No Country for Old Men’, and many more, but we can also admire the man. Well, I do anyway.

One thought on “Javier Bardem – not ‘just’ an actor”