Jamaica – a country in crisis 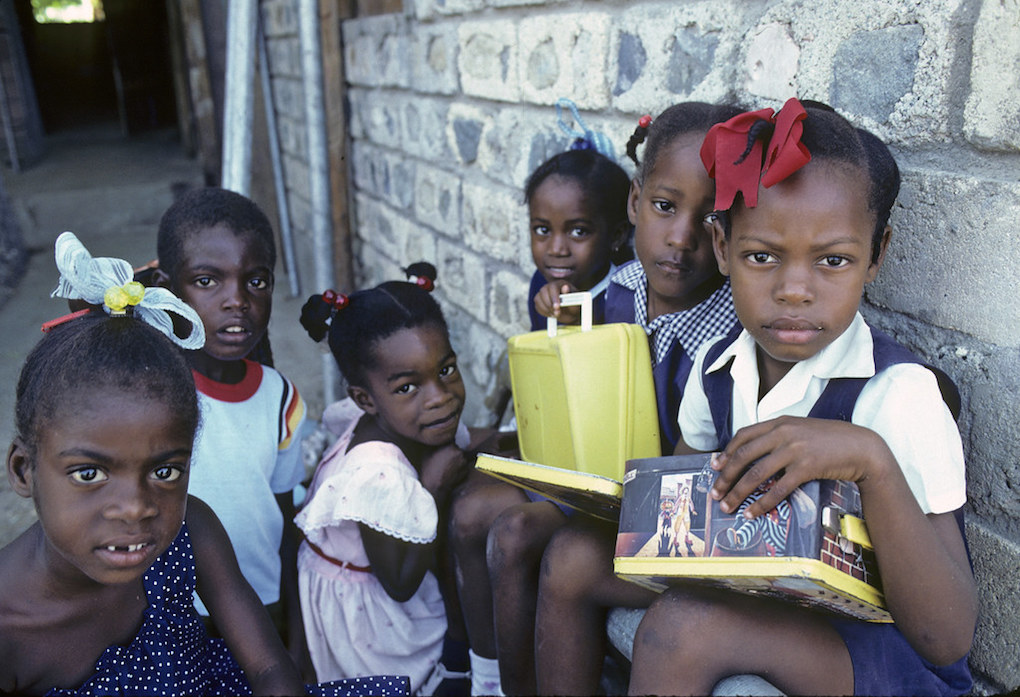 Children at an outdoor class run by the local community for the children of squatters in Kingston, Jamaica. Education for All – Children in Jamaica by United Nations Photo is licensed under CC BY-NC-ND 2.0.

IF YOU look up Jamaica on the Internet, you are often met with either very old articles, or ones advising tourists on the safest places, what to avoid etc. There is little information about the people of this benighted country readily available – it’s there if you look for it, but you have to be prepared to search – so it is perhaps understandable that so many, when they think of Jamaica, think of a holiday destination, albeit one where they should be careful and take precautions.

Who thinks of the people living day to day with not just crime, but almost unimaginable levels of poverty? There is so much to focus on in this country, which has the dubious honour of being the fifth most corrupt state in the Caribbean. Most notably, tens of thousands live in precarious conditions without running water, sanitation or decent housing, and unemployment is widespread. As a result of this poverty, many children turn to gang life, further exacerbating Jamaica’s crime problem. There are so many challenges in this beautiful nation, and the ordinary people of Jamaica are meanwhile trying to live their lives as best they can, while enduring hardships nobody should be facing in the 21st century.

Only two months ago, at the beginning of September and the start of a new school year for Jamaica’s children, parents were fearful for their children’s lives near the north-west Manchester/southern Trelawny border, as the bridge which they had to cross to get to school has still not been replaced after collapsing more than a year ago. Ministers stated that they are still working on a design for the bridge and that it could take up to two years to complete. And so a journey that was a short, safe walk can now take up to two hours and $1,100 in transportation costs since the bridge was washed away on August 18, 2021.

And while we’re on the subject of rivers, it is worth noting that in Jamaica, especially in Kingston, Montego Bay, and many smaller coastal towns, waterways take the form of gullies, and these are quickly filled with both rubbish and water when the torrential rains hit. In March of last year the Minister of Finance, Nigel Clarke, announced a gully-cleaning project for Kingston which would have, among other things, involved the training of community members as environmental wardens, but the initiative was delayed, supposedly because of budget constraints brought about by the Covid epidemic. And the planned 100 new garbage trucks were put on hold as there was there was no money for them.

And then there is the pollution. Chemical spills result in major fish losses and so deprive residents of food, income, and fresh water, in addition to affecting their health. Much is promised to remedy these issues which are caused by a careless industry, but little is ever done.

An island which was once covered almost entirely in forest has now lost more than 75% of that forest, and, while some of the devastation can be laid at the feet of natural disasters such as Hurricane Gilbert in 1988, these disasters are worsened by the deforestation and resulting soil erosion. While tourism is to blame for a lot of this, the major cause is mining. Bauxite mining, the country’s second largest money earner, requires the complete removal of vegetation and topsoil, leading to the ruination of the forests and in turn devastating communities, who lose not only their traditional way of life but many plants used for both food and medicine.

Let’s come back to those schoolchildren. Not only do many have to deal with no electricity at home, which leaves them unable to study at times, but many simply stop attending school because of health or financial issues. However, there are others who live with these issues and with abject poverty, yet continue with their schooling as best they can. A wonderful example of this is the young Delano Tucker and, rather than trying myself to tell you of his situation and that of so many more young Jamaicans, here he is:

It’s interesting that the World Bank considers Jamaica to be an upper-middle-income country while it is one of the poorest countries in North America.

I have only touched upon the very grave problems facing the people of Jamaica and said nothing of the corruption behind it in this introductory article but I will return to it in future issues of Critical Mass and discuss the situation in greater depth.