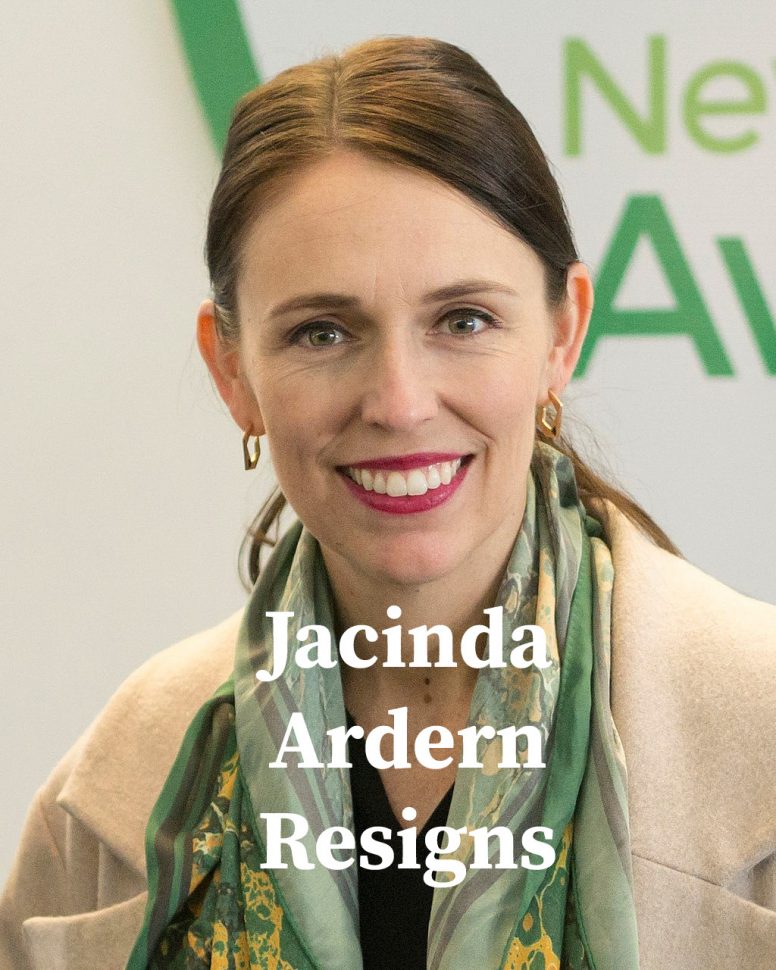 THERE has been a range of reactions to the shock news that Jacinda Ardern is standing down as New Zealand Prime Minister ahead of this year’s election.

During her more than five years in office, she steered New Zealand through the Covid-19 pandemic and its ensuing recession, the Christchurch Mosque shootings, and the White Island volcanic eruption, appearing to be decisive and not afraid to take difficult and controversial decisions.

However, although she was lauded globally for her country’s initial handling of the coronavirus pandemic, she faced tougher criticism at home with many saying that the strategy was too strict.

This is reflected in today’s comment by Cameron Carpenter, for Daily Mail Australia that ‘Kiwis will only ever remember her cruelty for forcing families apart.‘

Although she has said her decision has nothing to do with the fact that her party are now trailing in the polls, despite winning a landslide victory in 2020, there can be no doubt that the relentless attacks and criticisms over the past few months have had an impact.

Vera Alves, writing for the New Zealand Herald said, “In fact, the only surprising thing about today’s announcement is the fact that it didn’t happen a long time ago, when she first started getting hate for trying to steer the country away from mass death in a global pandemic. I’m not sure any other Prime Minister in history has had to deal with the level of vitriol Ardern has had to put up with on a regular, exhausting basis.”

Also, despite putting housing and the eradication of rough sleeping at the heart of her policy, New Zealand is facing an ongoing housing crisis.  Although 10,000 affordable homes were built by 2022 it now ranks as the sixth least affordable place on the planet to buy a home.

So, despite a government and a charismatic PM with a stated commitment to social reform, the top issues of concern for New Zealanders are the same as those in the UK, the cost of living, followed by housing, healthcare, crime and the economy.

It is perhaps another reminder that good intentions can only achieve so much in a global system that is programmed to increase inequality.  Jacinda Ardern couldn’t have been clearer.  She had “nothing left in her tank.”  The fight was just too hard.