It’s a crisis for the people seeking safe haven, not for us 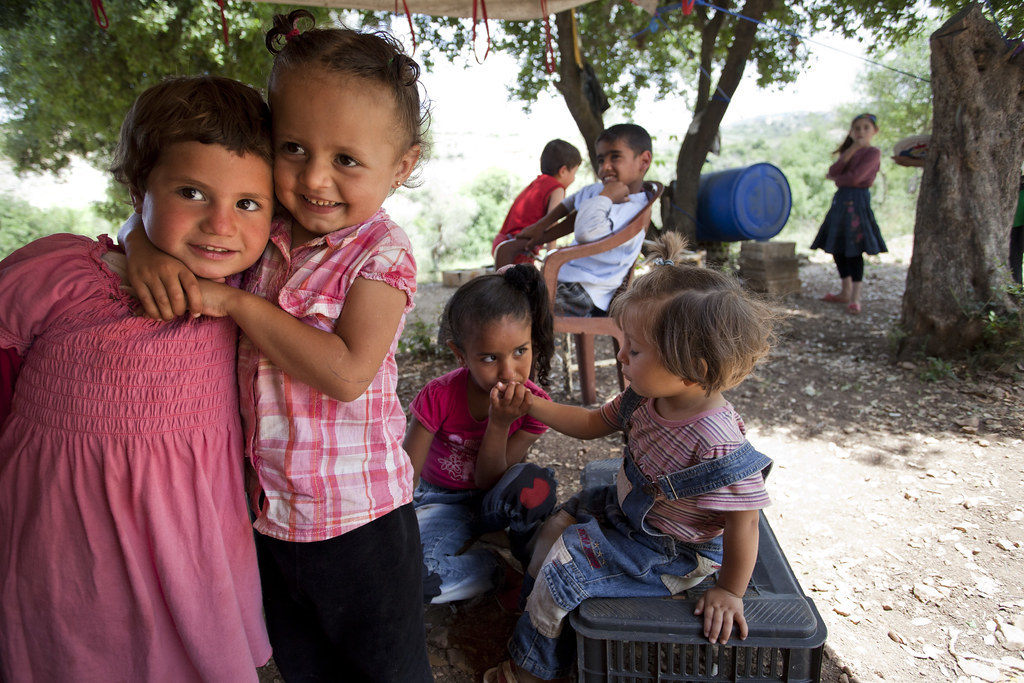 "Syrian refugee children play with one another in the Ketermaya refugee camp" by World Bank Photo Collection is licensed under CC BY-NC-ND 2.0

NEWSPAPER headlines and politicians scream about the refugee crisis with the implication being that the whole crisis is too many people attempting to gain safe access to countries when the whole discussion should be about the real crisis – which is that of the refugees themselves being in crisis.

However, it would appear nobody is prepared to have that discussion. Instead we are bombarded by anti-migrant and anti-refugee rhetoric which is spewed forth by tabloids day in and day out in the UK. Is it any wonder then that we recently saw an RNLI lifeboat blocked from going out to rescue by a group of fisherman in Hastings who were shouting, “Don’t bring any more of those home, we’re full up”, and, “That’s why we stopped our donations,” according to a witness who later called in to radio station LBC.

A spokesperson for the RNLI confirmed later that the lifeboat was eventually launched, and the chair of the Hastings Fishermen’s Protection Society, Paul Joy, has denied the abuse came from fishermen, stating it came from a bystander, but the fact that such offensive comments were shouted at all should surely alarm everyone, especially as the incident happened only days before 27 refugees died while trying to cross the Channel.

Could this tragedy have been averted?

This was a tragedy which perhaps could have been averted according to one of the only two survivors, 21-year-old Mohammed Ibrahim Zada, who has claimed those on board the doomed vessel made contact with British and French authorities before the boat sank, but that neither side would accept responsibility.

And be in no doubt, the reason these people died is because our government has not provided a safe route for them to enter the country. Asylum seekers must seek asylum from with the country where they wish to live; they cannot apply from France or wherever they have managed to get to, they must enter the country by any means possible. Such tragedies occur because there is no safe way for them to do that.

Of course those dead refugees are no longer headline news, just as the estimated 2,000 refugees stranded at the Poland-Belarus border appear to have been forgotten. Many of them have been there since July and, while it has been reported that the Belarus government has now set up a temporary accommodation centre to provide the refugees with everything they need, human rights groups, NGOs and ordinary Belarusians and Poles are still helping the refugees with basic necessities.

The International Organisation for Migration (IOM) announced last week that it was increasing resources for humanitarian aid for migrants on the border in addition to providing options for repatriation and voluntary return to their home countries. And over the past few weeks, Belarusian authorities have granted permission for international aid groups to provide food, clothing, hygiene kits, and clean water to the refugees, who are mostly living outside in freezing temperatures. Several deaths due to hypothermia have already been reported and more are inevitable as we get into the winter months.

It’s interesting, when discussing the issue of the refugees trying to get into the EU via Poland, that Estonia, France, Ireland, Norway, the US and UK said in a statement, after a closed-door session on the crisis, that they “condemned the orchestrated instrumentalisation of human beings whose lives have been put in danger by Belarus for political purposes with the objective of destabilising neighbouring countries and EU’s external borders and diverting attention away from its own increasing human rights violations”. Yet, when it comes to refugees from Middle Eastern countries, there is no such concern for the many killed and others put in danger because of the West’s part in destabilising their countries.

It is the Middle East where the majority of these refugees are coming from: Syria, which has by far the largest number of refugees in Europe, followed by Afghanistan and Iraq. What do these countries all have in common? Wars waged on them by the West. Jeremy Corbyn said it far better than I, in his speech against the Iraq war back in 2003:

It will set off a spiral of conflict, of hate, of misery, of desperation, that will fuel the wars, the conflict, the terrorism, the depression and the misery of future generations

Jeremy Corbyn MP, speaking against the Iraq war in 2003

And we are seeing what he foretold. More terrorists, not only in Europe but in the Middle East and elsewhere, where their governments were brought down only to install something far more unstable in their place. That’s it. That is the reason for these desperate refugees. So how about we take some responsibility for them instead of condemning them to almost certain death in icy waters or to months, sometimes years in detention centres?

This is a worldwide crisis, a humanitarian crisis. According to the UNHCR, 82.4 million people worldwide had been forcibly displaced by the end of last year. And their definition of ‘forcibly displaced’ is that these people have had to flee their homes as a result of persecution, conflict, violence, human rights violations or events seriously disturbing public order. In other words they need to seek refuge – they are refugees.

And they are not all arriving on British shores expecting asylum. We take in very few compared to other countries. As one would expect, most refugees choose to seek safe haven in a neighbouring country, but, out of all those millions of refugees worldwide, Turkey and Lebanon host far more than any other countries, while here, in the year ending September 2021, just 37,562 asylum applications were made. We do not even take many compared to other countries in Europe, with Germany and France taking in far more.

In France, where many in the UK insist refugees should stay, the conditions are very poor for anyone seeking asylum. Large and fairly well-equipped camps have all been shut down by the French and nowadays these people are forced to live in smaller camps around Calais and Dunkirk. Aid workers say they are subject to regular raids by French police, with tents slashed or taken away, as well as being closed down when the authorities deem them to have become too large.

As far away as Lebanon, which has the largest per capita population of refugees in the world, conditions are just as dire. There are official refugee camps for some, but the residents of these camps face poor living conditions, limited employment opportunities and a lack of resources, including medical facilities.

From our shores to the Middle East and beyond, refugees are living in appalling conditions, usually because their own homes have been destroyed. There are millions of them yes, but there is not a ‘swarm’ of people trying to enter the UK. There are just a few tens of thousands of people whose home countries have been made uninhabitable and who perhaps already speak English or are under the misguided notion that we are a welcoming and compassionate country.

Shame on us for proving them wrong.