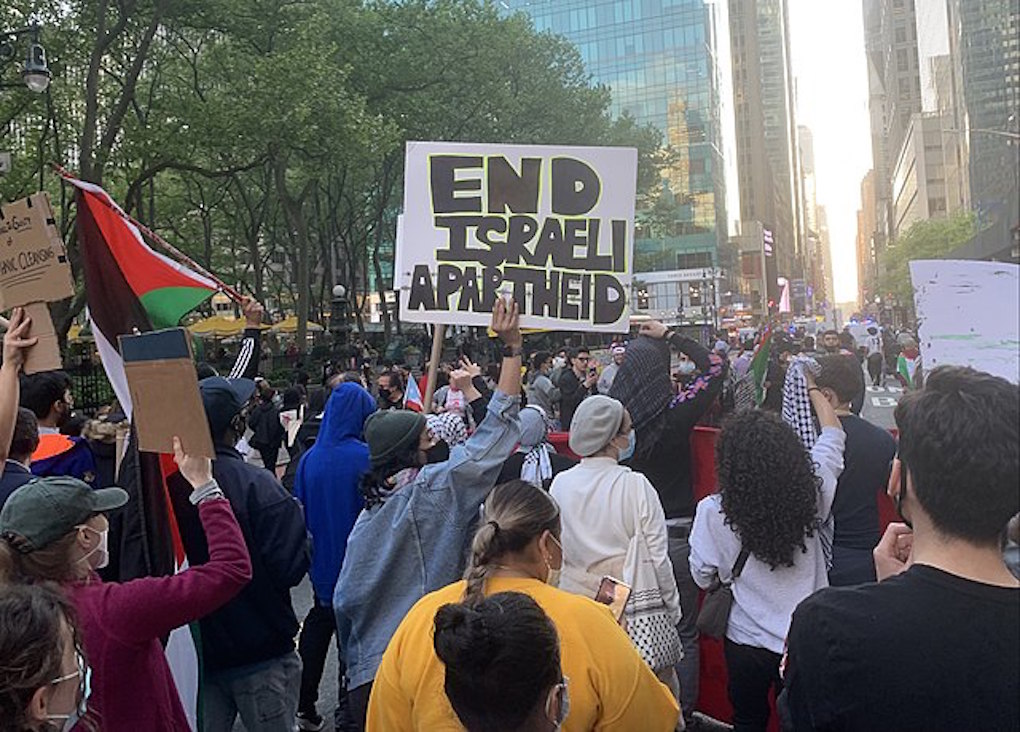 ISRAEL has deported Palestinian human rights lawyer Salah Hammouri, after a years-long attempt to expel him. The 37-year-old, a lifelong resident of Jerusalem, who holds French citizenship through his mother, was stripped of his residency rights after officials accused him of being a member of a terrorist organisation.

Mr Hammouri, who had been in detention without charges since March, was escorted onto a flight to France by police early on Sunday morning. In a statement, Israel’s interior ministry said Mr Hammouri had “organised, inspired and planned to commit terror attacks” against “citizens and well-known Israelis”. Mr Hammouri denies this, and rights groups have condemned the move.

In early December, Heba Morayef, Amnesty International’s regional director for the Middle East and North Africa, alleged that Hammouri had been detained “in retaliation for his tireless campaigning for an end to Israel’s apartheid against Palestinians”. She said the detention was part of Israel’s “chilling long-term policy aim of reducing the number of Palestinians in East Jerusalem”.

Hammouri had been held in administrative detention in Israel, which allows for the imprisonment of Palestinians without trial or charge based on ‘secret evidence’, which neither the detainee nor his lawyer can view, for an indefinite period of time. This has long been an Israeli policy which they maintain is necessary for security, to prevent state intelligence from being released. However, the Israeli human rights organisation, B’tselem, says the method is used “as an alternative to criminal trial… when [the authorities] do not have sufficient evidence for indictment”. The organisation labels the procedure “punitive and retroactive” and says Israel uses it to “detain Palestinians for their political opinions and for engaging in non-violent political activity”.

Speaking to reporters on his arrival in Paris, Hammouri accused Israel of “ethnic cleansing” and said his deportation was meant “to show the generations that nobody can resist Israel.” He vowed to fight the order.

In an audio message he said was recorded as he was being deported, Hammouri said: “Be assured my beloved homeland that I coercively and forcibly leave you today. I leave you today from prison to exile. But rest assured I will always remain the person you know. Always loyal to you and to your freedom.”

On Sunday, the Justice for Salah campaign called the deportation a “horrifying escalation in Israel’s systematic practices of ethnically cleansing Palestinians from illegally annexed and occupied Jerusalem (al-Quds)”. Amnesty International, had also condemned his deportation and said he was “paying a high price for his work as a lawyer for Palestinians”.

“The expulsion from the occupied Palestinian territories constitutes a serious violation of international law and the Fourth Geneva Convention and a potential war crime,” the organisation said. “It could also constitute a crime against humanity.”

Palestinians born in occupied East Jerusalem are not granted Israeli citizenship. They are instead given permanent residency, which can be revoked. The deportation of Hammouri is a frightening precedent for any Palestinian fighting for the freedom of their homeland.