Isn’t it time to say “enough”? 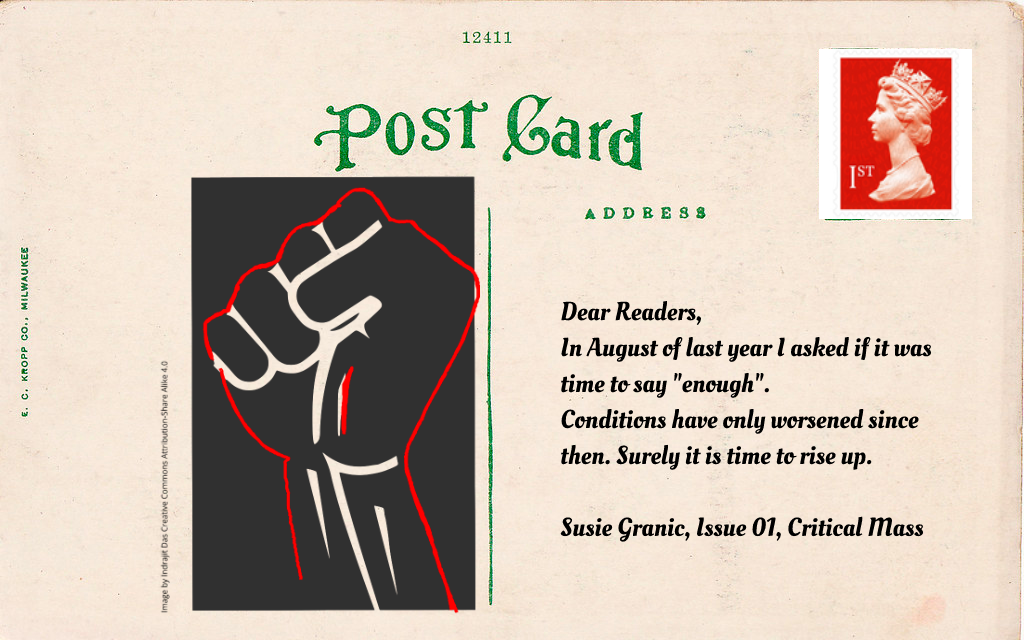 IN-WORK poverty. Should that even be a thing? When I started work many, many decades ago it was simply assumed that once you left school or university you got a job, and they were easy to come by, perhaps stayed with your parents for a short time until you found yourself a flat, and then moved out and supported yourself, lived well and happily and supposed that you would for the rest of your life.

Some of us decided to travel the world; indeed, I did so for the best part of 20 years, moving from country to country in Asia, Europe and South America mainly, and working in most of those countries at the same time. We used to be able to do that you see, rock up to a bar or restaurant or whatever in a strange country, ask for a job and usually we were given one, whether it was cleaning tables, mopping floors, doing dishes or serving food.

This was in the seventies and eighties and believe me when I say I know it is no longer like that for the younger generation, or even my generation, because I’d still like to live a decent life. A couple of tragedies took my comfortable life from me but that’s a whole other story. What it has done, however, has been to show me how tough life is nowadays, especially for those starting out.

Before the pandemic even hit, in-work poverty in the UK hit a record high with one in six working households living in poverty. That is a lot of people working full-time and still not being able to get by. So why?

Well, rather obviously, more than a decade of the Tories and their austerity policies after the financial crash can be blamed for a lot of it. Social services have been cut, access to benefits has been made deliberately difficult, and housing costs have soared. While more and more people have been unable to buy a property, rents have increased by approximately 48% in the past 25 years. More people needing to rent increases demand which then incentivises greedy landlords to raise rents. A very nasty and vicious circle.

According to the Institute for Public Policy Research (IPPR), an estimated £11.1 billion of state support (housing benefits) goes to landlords, while their tenants struggle to pay for essentials like food and heating. It is quite simply appalling.

A person living alone has it very tough; the same or very similar outlays to a couple in terms of utility bills and rent but with only one income. And not everybody has family to help. There are support networks and charities of course but people living in in-work poverty are often concentrating on being able to look their best for their jobs while not letting on to co-workers just how dire their circumstances are, worrying almost every minute of every day, and actually having to save up for ‘luxury’ items like shampoo and conditioner.

All of these things lead to stress, anxiety and often a feeling of low self-esteem and hopelessness.

Some of these people may have a roof over their heads, but don’t have adequate furniture or even bedclothes. The idea of going out for a coffee just doesn’t occur to them because they are too busy counting the pennies to ensure they can buy the most basic of groceries and hopefully have enough left for heating.

Household debt has risen sharply and it is the UK’s poorest who account for nearly half of the seven million people stuck in debt, paying out three times more than households with higher incomes. According to campaigners Jubilee Debt, this is because lenders exploit desperate people by charging higher interest rates.

There have always been those willing to exploit others for their own ends and, with the gulf between the rich and poor growing, a government which lies and cares nothing for its people, and opposition to this government not even worth talking about as it is so pitiful, it can only continue.

What’s the answer? Well, it’s unlikely with our FPTP voting system that your vote is going to change anything, so it will likely continue until more people say “enough”.

We need a general strike -“all out”, “down tools”, those phrases I haven’t heard in too long a time – and/or a revolution. We’ve needed it for a long time.

Stand up and say it. ENOUGH! WE WILL NOT TAKE IT ANYMORE!