Is the party over? 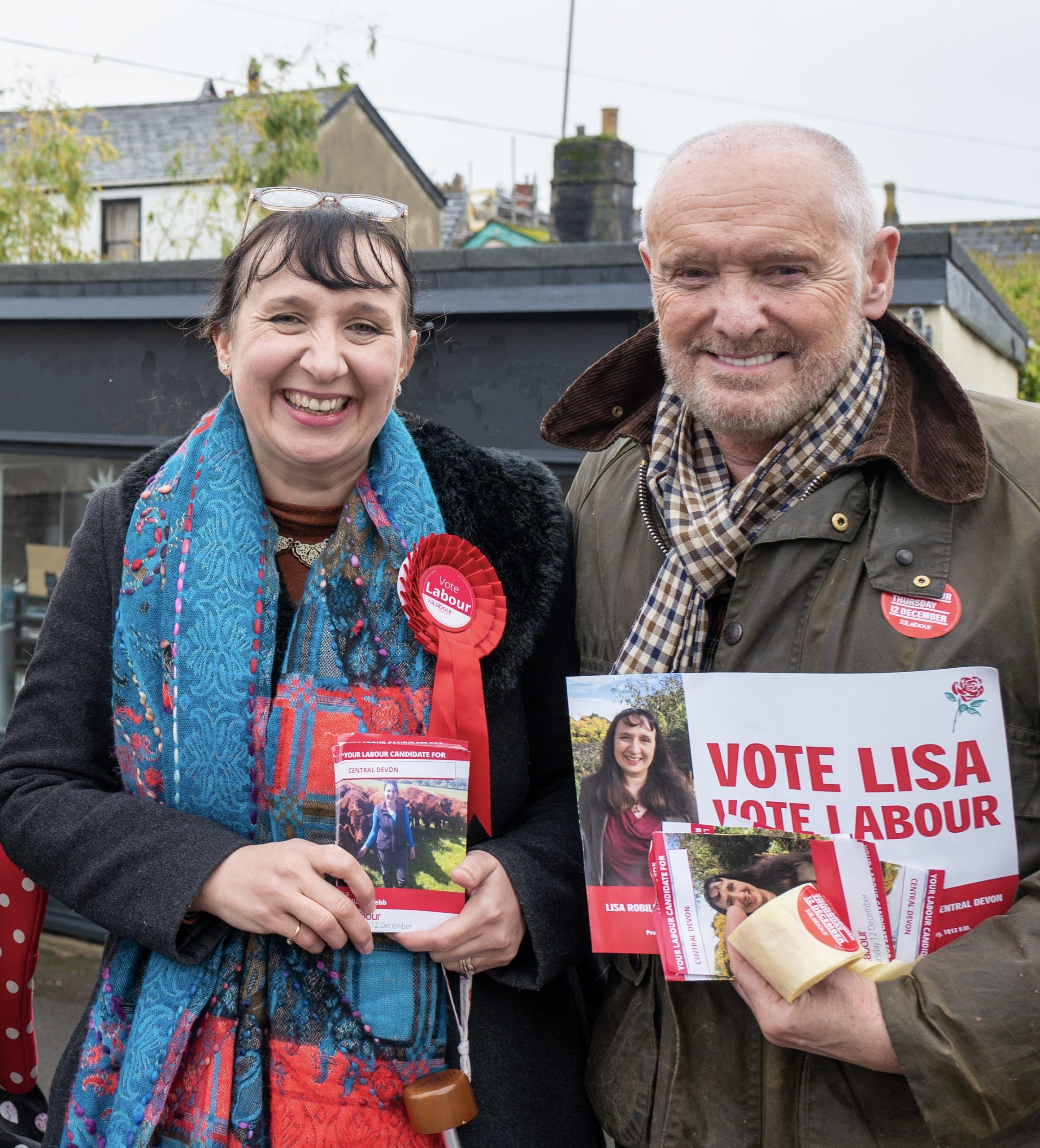 With local elections just around the corner, now might be a good time to ask whether the party system has taken us as far on the democratic road as it is able to. I know that for many people the idea that we should abandon parties will be seen either as a heresy or simply as some ultra-leftist proto-anarchist nonsense.

What is a political party? In essence, a political party is what Americans refer to as a ‘machine’. Its job is to run candidates for local and national elections, ostensibly to capture ‘power’. Parties are also a means for people with similar values and ideals to come together to promote a particular vision of society.

Many people reading this will have themselves been a member of one or more parties. Many of those professing left-wing views will have been members of the Labour Party, a party still held by some to be ‘a socialist party’. This belief, becoming harder and harder to justify, is based on a belief that the origins of Labour were in a commitment to socialism which has been derailed by ‘the right’ of the party.

But, as long ago as 1961, the great Marxist scholar Ralph Miliband noted:

“Left parliamentarians operate within the rules of a game designed to limit their capacity…Accommodation is in any case made easier by virtue of the fact that the members of the parliamentary left are, and always have been, characterised by a marked uncertainty as to what, in basic ideological terms, they are about…Political success..depends on an early ability to blunt the edge of one’s dissent…There have been a few exceptions: a few Labour MPs have, so to speak, slipped through the net… What this means is that the Labour Party will not be transformed into a party seriously concerned with socialist change.” (Ralph Miliband, 1961, Parliamentary Socialism)

Now, of course, whether Labour was, or ever could be, socialist is not really an argument either for or against political parties per se. People on both sides of that particular fence, both calling themselves socialist incidentally, will tell you either that Labour was, is, or could be a socialist organisation or that such a belief runs counter to all the available evidence. Let’s not go there.

The party system, as we now know it, emerged with the democratic system associated with liberalism, itself the political expression of capitalism. And, as historian J D Clark noted in 1980, it is far less democratic than we tend to assume.

“English politics has been far less democratic than it professes itself to be. The major questions have been decided not by elections but within the system, by high political manoeuvres issuing in a realignment of party.”

A general theory of Party

The fact is that it has not been in the interests of either the economic system or the political class which has grown up to provide legitimacy to that system to allow real power to be brought within the democratic sphere.

When we look at political representation in the UK, it is obvious it is drawn from a specific section of the population ensuring that the range of debate is kept within narrow confines. Of course, there have been advances, particularly for marginalised groups who, denied political power, have been incorporated into the system. These victories – votes for the working class men followed by universal suffrage, rights for women, gays, ethnic minorities, trade unionists etc – have all been achieved and none of them have threatened the existence of the system itself. There are two plausible explanations for this. The first is that capitalism can be made equal simply by groups with less power pointing out to groups with power that such an arrangement is unfair. In this way capitalism can have its rough edges knocked off and can be, in time, reformed out of existence. The second explanation is that these victories were opposed by conservatives on principle, not because incorporating a certain level of dissent within the system could not be accommodated.

The nature of capitalism

Capitalism cannot simply become socialism. The nature of capitalism is the accumulation of wealth in the hands of a few and, at the other extreme, mass poverty. Political parties within the capitalist system do not exist to change that basic relationship, they exist to convince the vast majority – neither wealthy nor impoverished – that change is either possible or undesirable, depending on the prejudices and values of the party in question. Political parties, in this sense, including those who would claim to be anti-capitalist are as vital to the smooth running of the system as the judiciary, police and armed forces are to overseeing any serious outbreaks of dissent. No sensible capitalist party would try to stifle dissent, for it is the existence of permissible dissent, including things such as this magazine, that provide the cover for the hegemonic supremacy of a class who support, and in turn are supported by, capitalism.

For a short while politics appeared to be open to men and occasionally women of all backgrounds. This moment passed fairly quickly as the group which sociologists call the upper middle class (which Marx would probably refer to as the petit bourgeoisie) ensured that politics has become, largely, an employment opportunity for people like themselves. Moreover, the political class is creating opportunities for their own offspring that are not available for others. How many politicians are now parts of dynasties? In the UK, think Hilary Benn, Stephen Kinnock and 22 others who are sons, daughters, or have other familial relationships to members of parliament. In addition, 90 current MPs employ family members as secretaries, researchers etc, with pay averaging around £35,000 per annum. This is without counting the number of MPs who employ the sons and daughters of other MPs. There are around 3,500 staff employed by the 650 MPs and, whilst not all of them are relatives of past or present MPs, it is no secret that a good number are. Stephen Kinnock, for example, was found a job in the European Parliament before becoming an MP. Surely it was no coincidence that his father was leader of the Labour Party at the time. My point is not that the beneficiaries of this Parliamentary merry-go-round have done anything unlawful, but that the extent of nepotism undermines any claim we have that we live in a democracy where all voters are equal. Clearly some are more equal than others.

A parliamentary system dominated by a class of people who have every interest in maintaining a status quo of which they are a major beneficiary is not a system capable of delivering the equal system successive generations of politicians, particularly those supposedly on the left, have promised.

I am not of the opinion that everybody who enters parliament is, by definition, corrupt. Clearly, some people enter politics with a set of ideals they imagine that they can promote by being an elected representative.

A number of studies have discussed the role of professional socialisation, and, whilst I don’t intend to review that research here, the important point is that, as much as individuals may feel they can change an institution, the evidence all points to the conclusion that you are more likely to change to accommodate an institution than it is to accommodate you. In terms of politics, the democratic systems we have come to regard as ‘democracy’ are liable to exert a powerful pressure on individuals to conform to a set of values which include patriotism, social conservatism and maintenance of the national economy. Indeed, much of the pressure to conform is nationalistic in nature, and woe betide any national politician who is regarded as anti-British. That the current Labour Party refuses to allow debate on Israel or NATO surely shows how parties tend towards a view that is designed to maintain a status quo that is rapidly hurtling toward nuclear war or environmental disaster, whilst at the same time denying millions of citizens around the world basic human rights.

What can socialists do?

What, then, is the answer? A flippant response would be revolution. Flippant, but not wrong. The problem is that revolutions don’t not occur through the wishful thinking of self-appointed revolutionary socialists. They occur when the class that rules loses legitimacy and, whilst ruling classes across the globe are certainly losing the respect of their electorates, there is no sign that the majority of the world’s citizens want to do anything more than change one set of incompetent, self-obsessed narcissists for a different set. We are, it seems, conditioned to believe that no matter how bad the current system is, there is no viable alternative to it. This is particularly frustrating for those who not only realise how bad the system is but what an alternative might look like.

As socialists we can do small things in the here and now. Capturing the state through so-called democratic means is the least radical option. It means putting our faith in representatives of the class who are responsible for the mess we are in. We need to realise that, if elections were actually capable of radical change, we would not be having them. Voting Labour, in particular, is feeding the beast that seeks to devour you. There are, undoubtedly, people remaining in the Labour Party who describe themselves as socialists. There are those who still support the Palestinians, who see NATO as, at least, partly culpable for the Ukrainian War and who understand that it is the nature of the capitalist system that is destroying the planet. But, for as long as they are part of a party whose main ambition is political power within that capitalist system, they cannot win power for a socialist agenda.

Sadly, the attempt at gradualism which has been part of the Labour project since it’s inception, courtesy of Sidney and Beatrice Webb, is entirely defunct. We have, in all honesty, moved beyond that. We are now in a genuine crisis and, for socialists, that means we have to stop providing cover for the system in a naive belief that, if a politician talks left to get elected, they will act left once in power. Perhaps it is time to abandon the party system altogether.