Is the NHS safe in anyone’s hands? 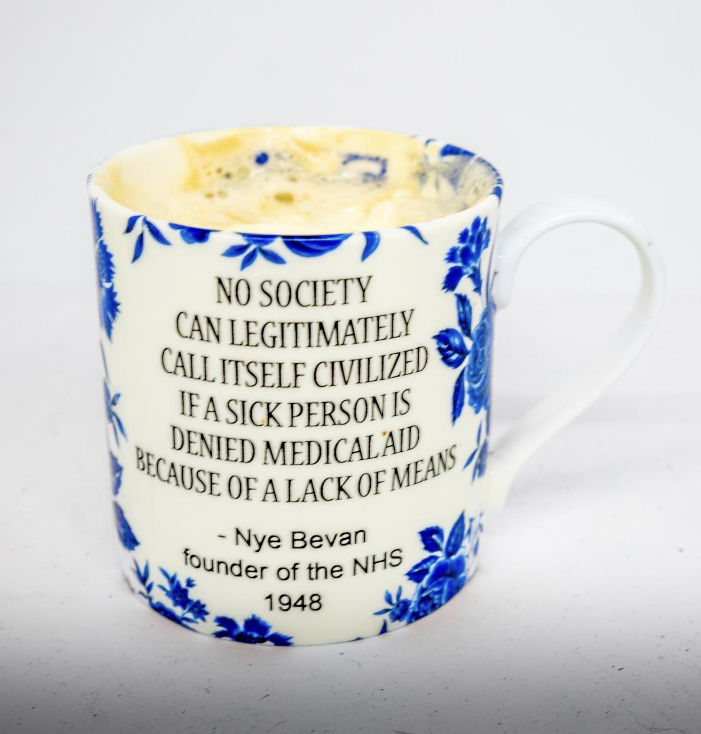 We keep hearing about the creeping privatisation of the NHS, alongside serious underfunding. But what does this mean in practice for a service we all rely on, but which we are constantly told is struggling to meet demand?

There is, of course, a complexity around alternative proposals to fund the NHS that is ‘off putting’ to anyone who does not have a specialist interest in the subject.

Successive governments have relied on this disinterest to push through proposals that are a real threat to the concept of a free health service funded by taxation.

After all we just ‘feel’ the inherent security of a national health service that we have been led to believe will care for us from the cradle to the grave. It will have touched all our lives at some point, whether as a patient, a visitor, or waiting for a much-needed operation. We will therefore all have opinions as to the quality of the care and treatment received.  Those views will, consciously or unconsciously, be benchmarked against our expectations, and those expectations have been embedded in the British psyche since the NHS was launched in 1948.

The creation of the NHS was not easy.  It emerged as a result of passion and conflict.  The passion was a vision articulated by Nye Bevan at the time that “No society can legitimately call itself civilised, if a sick person is denied medical aid because of a lack of means.”

He fought tenaciously for this belief, against, at times, intense hostility from the opposition, but mainly from the BMA who wanted to retain the right for doctors to treat their wealthier patients privately. He later described his ‘compromise’ with the phrase “I stuffed their mouths with gold.”

This, of course, was a forced acceptance of a two-tier system, and has been used to justify later proposals that have attempted to increase the private sector’s involvement in the NHS.

He was though determined in his commitment to the fact that the NHS would not be second rate, that it would be free to everyone who needed it, and, importantly, that it would cover all medical needs at every stage of people’s lives, including dental care.  He also pointed out that it was not a charity.  People would pay for it through their taxes but… the public were told at the launch,  “It will relieve your money worries in time of illness.”

The Creation of the Myths

There is no doubt that the creation of the NHS was a bold and visionary step, particularly as the UK economy was in a parlous state, having just emerged from WWII. UK national debt peaked in the late 1940s at over 230% of GDP.  This is compared with the rate today of 96.6%.

It was, therefore, perhaps not surprising that two key myths emerged at this time. These myths have been accepted as fact by successive governments of both political persuasions and have led to the watering down of the original vision for the NHS.

Myth Number 1 – The NHS is unaffordable

Just a few years after its launch, the rumblings around affordability started.  Cabinet Papers from the 1950s highlighted concerns.  The point was made that the concept of the NHS was based on the view that, as people’s health improved, the cost of the NHS would fall.  In reality people demanded more services, and the cost of providing these increased year on year.

The question of cost made the National Health Service (NHS) into a major political issue, and this has continued to this day. It began as a debate within the post-war Labour Government, with proposals to introduce charges for certain items. Nye Bevan was horrified to see his vision challenged at such an early stage.  He therefore commissioned an enquiry into the efficiency of the new service. This found that NHS spending was actually good value for money.

This didn’t stop Gaitskell introducing a cap on NHS spending in 1950, and the tax cutting Conservatives who won the 1951 election followed this by introducing charges for prescriptions and dental care.

The issue of cost remained at the top of the agenda for the rest of the Conservative period in office. Yet another study, The Guilleband Report of 1955 found that costs within the National Health Service were not excessive and that there was no way to make cuts without reducing services.

So, the myth that the NHS is costing too much started almost from its inception.  It was challenged at the time by two official reports and ignored.

Today, the myth continues, despite the release of an Office of National Statistics (ONS) report in 2019 which showed that:

It is clear, then, that the concerns by successive governments and right wing think tanks about the cost of the NHS is not about it being too expensive or not providing ‘value for money’. It is about the ratio between the levels of taxation necessary to support the service and the amount of public borrowing seen as acceptable.  This is rarely articulated.  It needs to be said.

Following Gaitskell’s cold feet just a few years after its launch, and the Conservative Government’s attempts to water down provision to fulfil its tax cutting manifesto, there was a period of calm.  But this was the calm before the storm.

The election of Thatcher in 1979, with a neoliberal agenda of rolling back the state, while reducing taxation even further, put the concept of the NHS at real risk. Large swathes of industries nationalised by the post-war Labour Government were put back in private sector hands.  Key central government services were put out to tender.

Interestingly, though, when it came to the NHS, Thatcher was keen to demonstrate that it would be safe in her hands.

This didn’t stop her contracting out essential roles such as cleaners, porters and catering staff, despite evidence at the time that they were being provided more efficiently in-house.  The results were an increase in infections across hospitals and the loss of flexibility that so many hospitals depended on.

The scourge of the Private Finance Initiative

It was, however, the implementation of the Private Finance Initiative (PFI), in Norman Lamont’s 1992 Autumn Statement, that really changed the political landscape.

The concept was relatively simple. PFI required projects above a certain minimum scale (in the NHS this was initially above £5m) to be opened for bids from the private sector with repayments over a prolonged period of 25-30 years or more.

This concept was enthusiastically endorsed by the Blair Government.

At the same time Labour’s Reform Programme for the NHS went much further than the Tories and saw an increased role for the private sector.  In a speech to community health chiefs in Harrogate, Patricia Hewitt was forced to calm staff and the public by apologising for publishing plans without consultation that would have forced primary care trusts to contract out all district nursing, family planning clinics and other local health services.

The Blair Government therefore embraced the myth, endorsed by Thatcher in the early 1980s, that public service efficiency depended on private sector competition.

At no point was it explained why this made economic sense. After all the private sector needed to extract money from the budget to reward its shareholders and borrowed at rates far higher than the Government was able to do.

The costs of these experiments have been huge.

The reality is that £13 bn of investment by the private sector gravy train has now risen to over £80bn, which NHS hospitals are expected to find out of budgets that, in turn, have been cut year on year.

It is perhaps no wonder that the acronym has been parodied as ‘Profits For Industry’, ‘Profiting From Illness’, or simply ‘Pure Financial Idiocy’.

Where are we now?

In an article of this length, it would be impossible to identify all the changes, many of which are hugely complex, imposed on the NHS since its formation.

Suffice it to say, that in the so-called interests of efficiency and reducing the tax burden, there has been a move of resources away from the public to the private sector.

Even before the dust has had time to settle on one so called innovative form of restructuring, the NHS has been faced with further changes, all with the objectives of cutting costs.

The NHS is affordable. The NHS Does Not Need Private Sector Money

It cannot be said too loudly or often enough.  Report after report has shown how the NHS provides value for money.  It is also not expensive compared to schemes in other industrial countries.  Yes, there may be waste and some inefficiencies.  We also have a serious staffing shortage. But this is a problem of government, not the NHS.  It certainly won’t be solved by allowing private companies to cherry pick what they see as the most profitable elements.  The disastrous PFI experiment is a warning that cannot be ignored.

The only way that we can protect Nye Bevan’s dream and hard fought for reality is to challenge those myths at every opportunity.

The NHS is not expensive.  It is affordable

Low taxes are the enemy of the dream.