Is Putin a War Criminal? 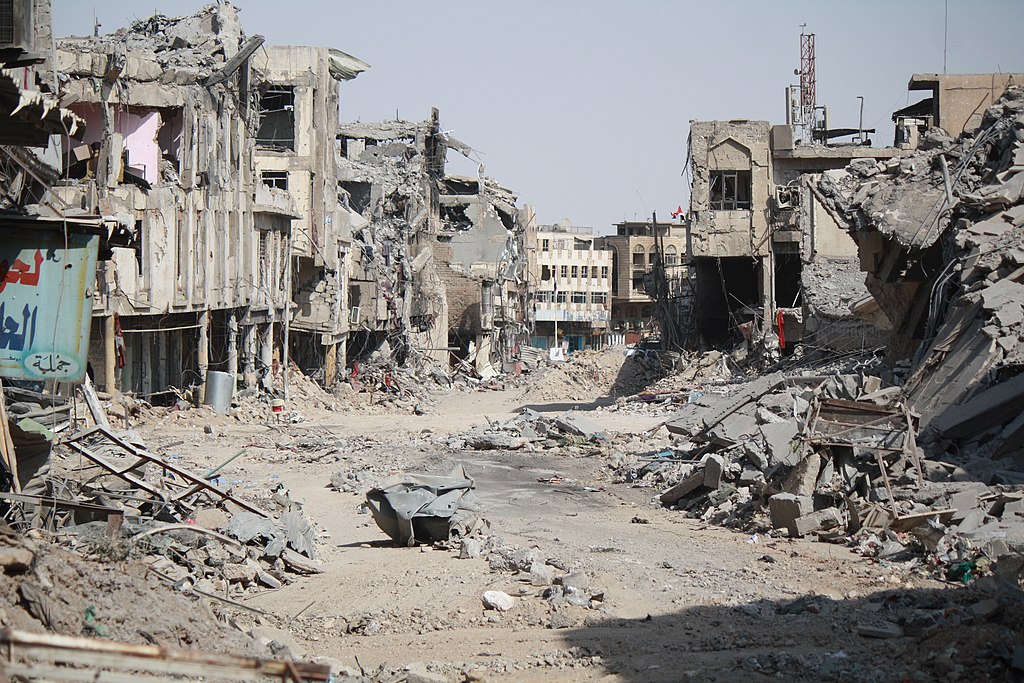 Is Putin a war criminal? Russia is fighting a dirty war in Ukraine. Civilians are not just collateral damage. They are being targeted in his desperate attempt to reboot the invasion and capture the cities which were expected to fall in the first week of the war. The media may refer to the Russian blitzkrieg in their efforts to equate Putin with Hitler, but this is a blitzkrieg that has stalled. Instead of rolling into Kyiv, the Russian forces will now have to batter their way in against determined defenders.

Does this constitute a war crime? Ever since the first Gulf War, we in the west have comforted ourselves with the thought that smart weapons can be precisely targeted to take out military targets and minimise civilian casualties. It helps that the wars that the USA and UK have been involved with, such as Afghanistan, Iraq, Palestine, Yemen, Libya and Syria, have happened in faraway countries, of which we know little and care less.

But our bombs and missiles and airstrikes have inflicted the same damage on civilian populations in those countries as the Russians have in Ukraine. And weapons we condemn have been used by us in foreign wars.

There you have it. Weapons we used in Afghanistan are morally repulsive, but only when Putin uses them in Ukraine.

Sharp eyed readers will have noticed that the ruined city pictured at the top of this story is not Mariupol or Volnovakha in Ukraine; it is Mosul, after it was liberated from ISIS by Iraqi ground forces supported by their Western allies air power during a year long battle in 2016/17. The battle took so long because ISIS were dug in and were using a trapped civilian population as human shields, and the allies were trying to minimise civilian casualties. Even so, there are credible estimates of over 40,000 civilian deaths. And, although thousands died at the hands of ISIS, the majority were killed by allied artillery and air strikes.

This is the reality of modern war. It is just as savage as any war in history, and civilians always suffer more casualties than the armed forces involved. As Ernest Hemingway said, “War is always a crime”. So the warmongers are always war criminals.

Warmongers in the UK and the USA, notably Bush and Blair, are responsible for much of the suffering from war that arose from their own illegal war against Saddam Hussein and regime change in Iraq. This turned Iraq into a failed state and created the power vacuum which gave impetus to Islamic State.

But it goes back much further. The first Iraq War or Gulf War in 1991 helped to build support for al-Qaeda, who launched the 9/11 attacks on the USA which led to the Afghan War and the second Iraq War. Muslim peoples in the old Soviet Union were also radicalised by the events in 1991 and sought independence, nowhere more so than in Chechnya, where they fought and lost two wars with Russia.

Putin was President for most of the second Chechen war from 1999-2009. That war, especially the siege and battle for Grozny in 1999-2000, saw many war crimes. Between five and eight thousand civilians died as a result of Russian bombardments of Grozny and atrocities committed by the special forces that took the city after the rebels withdrew.

That did not stop the Labour Government from courting Putin. Both Foreign Secretary Cook and Prime Minister Blair visited Russia to meet with Putin. It may have been an exercise in realpolitik, but did it really justify inviting the architect of the destruction of Grozny to the UK that year for a meeting with the queen, and a full state visit three years later?

One Labour MP spoke out against Putin in the aftermath of Grozny. Jeremy Corbyn, of course, said the invitation to Putin was ‘premature and inappropriate.’ Now Corbyn, Stop the War, and anyone else who argues that peace in Ukraine is more important than trying to use it to win a proxy war with Russia is condemned as a Putin enabler.

Is Putin a war criminal? Yes. But so are Bush and Blair, the original Putin enabler, who has put on his tin helmet to suggest that NATO should not rule out direct military intervention in Ukraine! And so is every other western leader who has unleashed war on undeserving civilian populations around the world to defend ‘our’ interests. Defending ‘our’ interests by inflicting war on foreign countries is imperialism. The UK are past masters in imperialist adventures. We are currently heavily invested in the Saudi war against Yemen and active supporters of the Israeli war against Palestine. Putin may be a war criminal. But the UK government is a partner in crime.