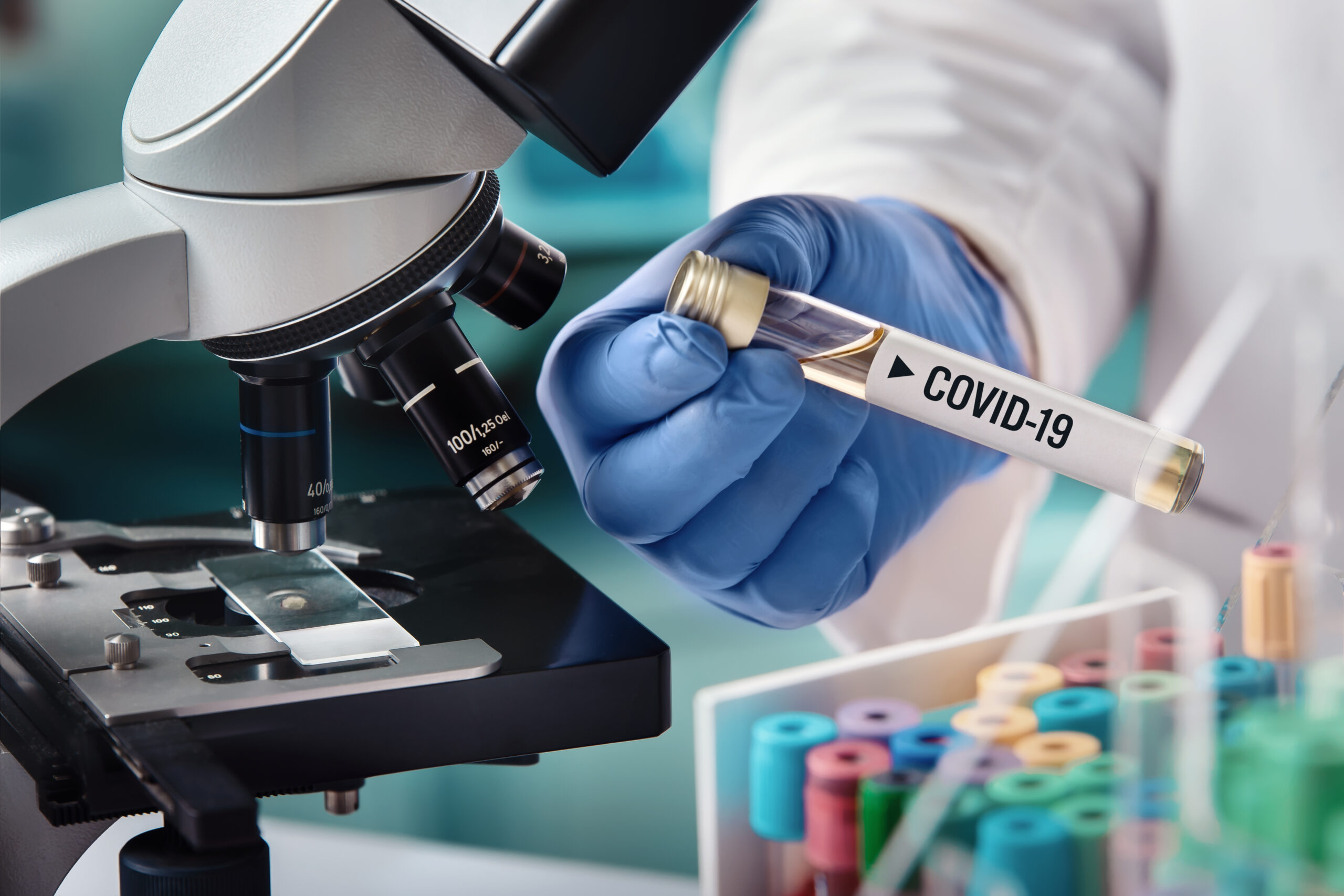 I was walking out of my house in Cardiff on a rainy Friday morning to take my dog for a walk. A neighbour was putting something in the back of their car. “What happened to summer?” I asked as I looked up to ever darkening skies. “Summer?” she replied “Covid is over tomorrow,” and she beamed with genuine pleasure. I wondered whether she was joking, but quickly remembered that last year she had complained about lockdown because “only 5% of the population were infected.”

I wished in retrospect I had come up with a brilliant riposte rather than “if only we’d realised all it needed was a government decree, we could have skipped the last 18 months”. To be fair I was more intent on whether I was about to get soaked than thinking about engaging one of my misinformed neighbours. As I walked, the rain stopped (I knew you’d want to know) and I contemplated what my neighbour could possibly mean.

The Welsh government has been less enthusiastic to remove the safety measures than their English counterparts, but have come under increasing pressure from the hospitality sector to follow the experiment being run by Johnson’s government. For all their talk of being different and even more left-wing than U.K. Labour, throughout the pandemic they have tended to follow England rather than the science.

What does ‘covid is over’ mean?

As of Saturday 7th August Wales, whilst not as cavalier as England, is removing many of the measures including allowing nightclubs to open. This at a time when infections are once again rising. I think what my neighbour was referring to was not Covid as such. At least not Covid the virus, but rather the personal inconvenience wrought on their normal lifestyle by social distancing, wearing a mask and not being able to visit friends and relatives. As far as I’m aware they have lost nobody to this awful virus and the notion that it affects only a small percentage of the population, and the elderly at that, makes them feel that they are giving up so much for others who mean nothing to them.

The idea that ‘Covid is over’ has been encouraged by the morally redundant backbone challenged politicians who have been found wanting so badly by the pandemic.  The fact is that no matter which party they belong to the majority of politicians are in no way equipped to deal with a pandemic. Where strong character and resolute decision making was needed what we got was prevarication and responsibility averse politicians trying desperately to appease those with the loudest voice. People have died needlessly because politicians would not act to save them as they were simply not important enough. In this tepid and inadequate response the lack of moral fibre has been encouraged by second rate journalism across the Fourth Estate.

That politicians and journalists have allowed the biggest public health experiment in living memory to unfold in front of their eyes with barely a critical word is all the proof needed that the public – that seething mass of prejudice who need to be pandered to – have turned from what would once have been considered voices of authority to the cranks who populate the internet as sources of “reliable” information. To be clear, reliable only in that it is reliably unscientific and reliably distracting people from the true cause of their misery.

Protecting our most vulnerable

Nowhere is the lack of empathy more clear than in the treatment of our most vulnerable citizens. The political class have grown an industry around  looking after the most vulnerable, which suits the multimillion pound care industry but has turned social care into a lottery. Depending on the staff employed vulnerable people can be treated well or subject to humiliating and degrading treatment. The pandemic initially saw a situation where elderly hospital patients with the virus were returned to care homes allowing the virus to spread like wild fire. This error was not made just in the U.K., but in countries as diverse as Sweden, India, Brazil and the USA. It was predicated on a callous indifference to the lives of the elderly, particularly those with dementia.

How many times during the pandemic did we hear anti-lockdown advocates justifying their beliefs with the lines “it’s only the elderly who are dying” or “they’re old they were going to die anyway”? Apart from being ill informed the attitudes expressed show how as a society we have shifted our moral compass away from a duty of care to those most vulnerable to a selfish dog eat dog, winner takes all mentality. What strikes me about those that have wanted, and now achieved, their goal of removing what they term “restrictions” is that inevitably they are framed as an individual choice that everybody should be able to exercise in the name of freedom.

For many people, the lockdown has been seen as an inconvenience. As the pandemic has continued beyond what people thought was a “reasonable time” it is clear that Covid fatigue – “ a complex of emotions that include boredom, .. anger, and resentment” – has set in. But, lifting measures to stop the spread of a lethal virus on the basis that people are fed up with them must count as one of the biggest failures of our political class since their inability to take positive measures to lower carbon emissions.

Campaigning for the rights of the vulnerable

The anti-lockdown advocates have shifted their ground, supported it must be said by a media that have kept people reliably misinformed. Whilst two billionaires are building playthings to take them into orbit, relatives of those in care homes have found access to dying elderly loved ones more and more restricted. Care home managers have prevented visits from family members citing government guidance. Campaigns such as John’s Campaign and the Rights for Residents Campaign have done far more to support care home residents and their families than the highly paid Older People’s Commissioner for Wales or the various Care Inspectorates who see their role as providing a protective shield for the inadequacies of the system they are supposed to monitor.

In January it was revealed that as a result of staff shortages care home workers who tested positive were being encouraged to report for work. The biggest danger to vulnerable elderly people in the twilight of their lives is now the staff who care for them. That is a direct function of anti-lockdown advocates getting their own way and measures such as social distancing and mask wearing at social events removed. Carers are predominantly young women, we cannot chain them down, but it is clear that in giving in to those who have been inconvenienced the governments of England (Tory), Scotland (Scottish Nationalist) and Wales (Labour) have put the interests of the hospitality sector above the interests of the rest of the population.

Whilst the anti-lockdowners have shown a callous disregard for the elderly, they have also helped perpetuate a myth that Covid does not affect the young. Certainly deaths from Covid have disproportionately affected the over 70’s, but how they caught the virus is less clear. Given that the elderly have, on the whole, isolated very effectively they are, as is the case in care homes, coming into contact with the virus from younger people. According to the Office For National Statistics the percentages of people testing positive in younger age groups have increased since June from, for example, 0.52% to 3.21% in school years 7-11. These are still small percentages but every child who tests positive will come into contact with school friends, parents, siblings and other older relatives, meaning that the virus has an ideal breeding ground. They are now the highest positive group. For the group 70+ it is now just 0.3%. In other words, that younger group are 10 times more likely to test positive than those over 70.

Infections and deaths continue to rise

Removing “restrictions” would make sense if the virus was under control, but since so-called “Freedom Day” in England on July 19th there have been 1,335 deaths from Covid in the U.K., the majority in England. But these are being widely ignored as the “Freedom Fighters” have now turned their attention to the last line of defence – vaccinations. In the U.K. there is no doubt the mass vaccination campaign has seen the NHS at its very best. Nearly 46 million people across the U.K. have received at least one vaccination. It is not true that the vaccination is 100% safe. Nothing is. Many people have some minor discomfort and in very rare cases deaths have been reported. In both America and the U.K. there is a duty to report deaths within 28 days of the vaccine.  A reason not to do things is when the risks outweigh the benefits. Out of one million people who test positive for Covid over 21,000 die. Out of every million people who have a Covid vaccine 18 people die. Out of every million elective surgeries 6,700 die.

All the evidence so far indicates that the vaccines reduce the risk of hospitalisation and death. In other words, based on the available evidence you are more likely to die by coming into contact with the virus if you have not had a vaccine, than by having the vaccine. But this has not stopped anti-vaccination campaigners from spreading the dangerously misleading view that the Covid vaccine has a high chance of killing you.

Now, of course, there is another line of attack being used by anti-vaccination campaigners. In a nutshell it is this: governments always lie, so we cannot believe anything they tell us. I think it is important to differentiate between politicians for whom lying is an art form to be perfected and the many people who work for the state compiling statistics. I have worked in local government compiling statistics. At no point did I ever come under pressure to alter the results to suit any political agenda. Indeed all the people I met doing similar work were obsessive about accuracy. Statistics do not lie, the people who use them might.

To conclude, Covid is not over. Indeed, the removal of social distancing and mask wearing and the reliance on vaccinations to provide ‘herd immunity’ was always the end game for a Tory Party elite who are willing in Johnson’s terms to “see the bodies pile high” rather than interfere with the ability of businesses to make profits. We are at a critical point in the life of our planet which the pandemic has turned from amber to red. To allow ordinary people to spread the virus will inevitably mean the number of hospitalisations will grow, the number of people with long Covid will increase, and the number of deaths will increase. That is what freedom means and it is what those declaring Covid is over are foolishly walking into because those simple measures which protect us all are just too much of an inconvenience.

Whilst I do not support forced vaccination, neither do I support those spreading alarmist and misleading information. That there are people on the left providing a platform for some of these beliefs is a cause of dismay to me. The left should be the genuine freedom fighters.  That means looking at the situation not from an individual viewpoint but from how it affects the wider community. The freedom that is being heralded by some as they throw their masks away is a forced imprisonment for others who are not in a position to take the risk of contracting a disease that an already compromised immune system will not survive. As socialists we have to start by protecting the most vulnerable not by siding with the entitled majority.