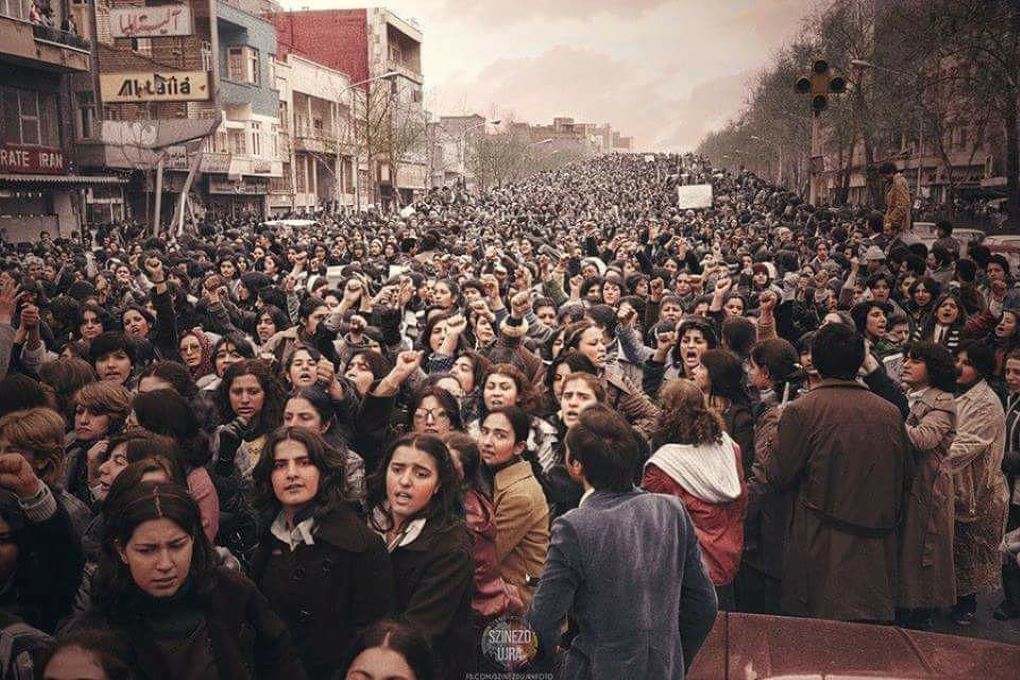 THE women in this photo were protesting in 1979. Their daughters took up the protest in 2009. And now, in 2022, their granddaughters are fighting and dying for their freedom.

It is six weeks since Mahsa Amini’s death in police custody, and protests continue to grow despite the repression. The fortieth day after a death is special in Iran and, although the authorities warned her family not to mark the occasion, thousands of people jammed the roads into Mahsa Amini’s hometown of Saqqez on Wednesday to visit her grave. They were part of a larger set of protests around the country. Police and military responded by firing live ammunition and tear gas into the crowds.

Demonstrations also continued on Thursday to remember the death of Nika Shakarami, 16 years old, whose body was found ten days after she was seen burning her hijab in a protest on 20th September. These were also met with violence. The government claims she died after falling from a great height. But nobody believes that. Her final message on social media said that she was being pursued by security forces. Then her phone went dead, and her Telegram and Instagram accounts were deleted.

Secret police are using plain clothes officers to infiltrate protests and identify protestors who are later kidnapped on the streets and taken away. Women are targeted and subject to rape and torture in custody. This is in response to the unprecedented role of women, especially young women, in leading the protests. Although the hijab is the symbol and the trigger for the revolt, it has widened to include other forms of oppression and, in some cases, calls for regime change.

Despite repression the protests continue. There have now been demonstrations in every one of Iran’s provinces for the first time in its history. Although the demonstrations are mainly by young people, some older people are joining and they cover all sectors of society: professionals, students and blue collar workers. The protests also cover the ethnic diversity in Iran:  Persian, Kurd, Turk, Arab and Caucasian.

Like the revolutions of the Arab Spring, people are united by their opposition to the regime, not by what they want instead. The diversity of the opposition can be a strength. But the government is trying to exploit this diversity to sow division. It routinely describes the protests as riots that are promoted by America and Israel to undermine the regime.

This week Islamic State launched a terror attack on a religious shrine, killing 15 pilgrims in Shiraz, and the government immediately tried to connect it to the protests. It would be a tragedy if interference by the likes of the CIA, Mossad and ISIS let the Iranian government off the hook and defeated these brave young demonstrators.

If change is to come it needs the courage of the protesters to be matched by the clarity of their demands and the backing of the Iranian working class, particularly in the oil industry.  It was the mass demonstrations plus mass strikes in the oil industry that defeated the despotic rule of the Shah of Iran in 1979.