International Women’s Day is here – and we still need it 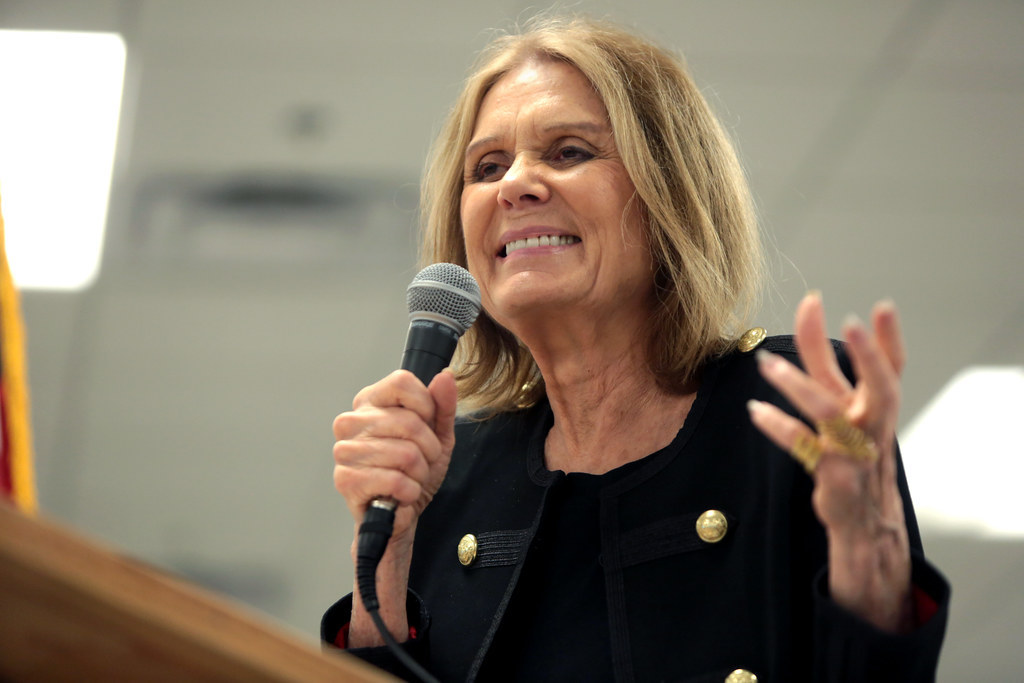 One of the most passionate women's rights advocates of the 20th century, Gloria Steinem, Photo by by Gage Skidmore. CC BY-SA 2.0 licence

TODAY we celebrate the empowerment of women with this year’s theme being to raise awareness against bias. Which is pretty much the aim of International Women’s Day every year but it can never be said often enough.

Most of you will already know the origins of IWD but for any who don’t here’s just a very brief history. The day has been observed for more than 100 years, the first National Woman’s Day (NWD) being observed across the US on February 28, 1909, after 15,000 women had marched through New York City the previous year demanding shorter hours, better pay and voting rights.

It had its roots in the Socialist Party of America, and became a truly international movement when, in Copenhagen in 1910, at an international Conference of Working Women, two German women,Clara Zetkin and Luise Zietz, put forward the idea of an International Women’s Day. The conference of more than 100 women from 17 countries, representing unions, socialist parties, working women’s clubs – and including the first three women elected to the Finnish parliament – greeted their suggestion with unanimous approval and so we have International Women’s Day, though the fixed date came a few years later.

It was considered a communist celebration for a long time, but eventually the UN, in 1975, also celebrated the day and in December 1977, the General Assembly adopted a resolution proclaiming a United Nations Day for Women’s Rights and International Peace to be observed on any day of the year by Member States.

I’m going to go into some personal detail here because you can find out all about IWD 2022 here.

I was brought up in New Zealand and for me, girls/women had always been equal. Although a number of other territories enfranchised women before 1893, New Zealand can claim to be the first self-governing country to grant the vote to all adult women. I had never even given it a thought until I moved abroad. Luckily for me my first job in London was as secretary to the Chairwoman of the WRVS and it was almost completely staffed by women, so again, equal rights just didn’t come up. (The class structure did, but that’s a whole other story!)

I was even, despite being barely 5’2” and of small build, hired as a builders labourer for almost two years when I had to return to NZ to help out family, which I thoroughly enjoyed. As soon as the men realised I could do the same work as they did they accepted me without question and I experienced no sexism, lewd remarks, nothing.

The country where sexual discrimination first hit me was Australia, where I lived for two years at the end of the seventies. I still remember opening a newspaper to look for work and seeing all these jobs, some of which I was interested in, only to be told, when telephoning for an appointment, that I had been looking at the ‘men’s section’ of job advertisements. This amazed me. The fact that they advertised women’s and men’s jobs separately was just alien to me. And it angered me! I kept applying for certain jobs anyway, but was always told they were for men only.

Also in Australia at that time, on my way home from work with my partner in the early days, we stopped off at a pub for a drink. I was told I could not drink in the main bar because it was men only and that I must drink in the ‘nook’ which was for women. I was furious and every single evening thereafter my partner and I would stop off at that bar to try to order a drink just so they would have to tell me  I could not drink there and I could give them a good speech about women’s rights in return.

I have to say though, this was not all pubs, but the mere fact of it being policy of some should have had every woman up in arms. I soon discovered that most women were just accustomed to being treated as second class citizens and really didn’t give it much thought, if any. Some did though and from the mid-1960s women’s rights activists in Australia had begun to publicly challenge sexual segregation and when the liquor licensing laws were relaxed in the 1970s-1980s, along with the introduction of anti-discrimination legislation, women were able to drink in public bars without causing outrage.

Time to put a stop to all prejudices

Back in the UK I was again fortunate that in my work as a journalist I was not discriminated against and received the same pay as my male colleagues. The one and only time it was an issue was when I wanted to work for MotorCycle News in Kettering. I had read MCN as a teenager in NZ and for me it was the ideal job, but every time I applied I could tell they were only going through the motions when interviewing me, and that they had no intention of hiring a woman.

It wasn’t until February 1992 that I was granted a second interview with them and the then editor took a liking to me and hired me – the first woman journalist MotorCycle News had hired. I’m still proud of that. I mention my own experiences for two reasons: one, they are mine and have shaped me, and two, to show that we can all change our small part of the world – or at least make people think about bias – if we speak out.

I’ve been fairly fortunate re discrimination but many women haven’t been. In so many aspects of our lives we are still discriminated against, although mainly in the workplace where real disparity does still exist with women earning only 80% of what men earn. And violence against women is still very much an issue and needs to be spoken about constantly. It’s 2022 now; we have a climate crisis and wars around the globe – isn’t it time to stop all discrimination against women and focus instead on what we can bring to the workforce in terms of sharing of knowledge and experiences?