Sending refugees to Rwanda is cruel and inhumane 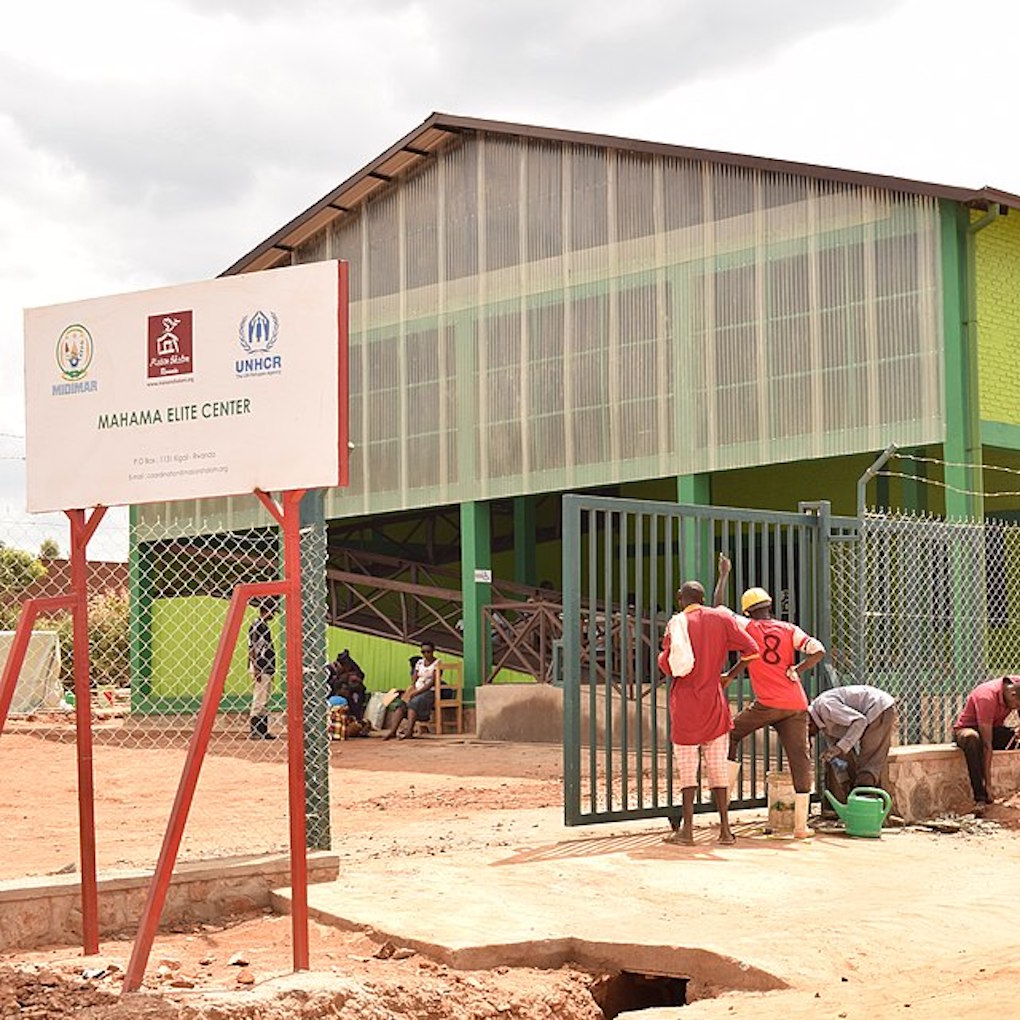 This is the Elite Center at Mahama refugee camp, Rwanda, where most of Rwanda's more than 100,000 refugees are housed already. Licenced under CC Attribution-Share Alike 4.0

THE Tory government, in its ever infinite wisdom, has decided to send refugees who arrive on our shores to Rwanda, stating the £120m scheme would “save countless lives” from human trafficking. While most decent people are appalled at this plan, the Tories are proud of it, with Home Secretary, Priti Patel, who signed the deal on her trip to the Rwandan capital of Kigali, saying it was a “global first and it will change the way we collectively tackle illegal migration”.

Under the proposal, Rwanda would take responsibility for the people who first managed to arrive safely on our shores and then made the more than 4,000-mile journey to Rwanda, and put them through an asylum process. At the end of that process, if they were successful, they would have long-term accommodation in that country.

This is not a plan to process the refugees in order to see if they are eligible for asylum in the UK; this is forcibly sending them to a country where they will have to settle provided they are granted asylum. And to a country, Rwanda, which has a record of extrajudicial killings, suspicious deaths in custody, unlawful or arbitrary detention, torture, and abusive prosecutions, particularly targeting critics and dissidents. In fact, the UK has previously raised concerns about respect for human rights with Rwanda, and grants asylum to Rwandans who have fled the country. It is likely in violation of international law, but coming from a party which flouts its own laws probably shouldn’t surprise us.

In exchange for its cooperation, Britain will pay Rwanda £120 million to finance “opportunities for Rwandans and migrants” including education, secondary qualifications, vocational and skills training and language lessons, the Rwandan government has said in a statement.

Quite apart from costs – and surely it would cost less to house these refugees in the UK, give them access to employment and allow them to contribute to society, thus seeing money going back into the economy – this is an inhumane plan and has rightly been called out as such by human rights organisations.

The UK branch of the United Nations refugee agency (UNHCR) warned agreements of the sort struck with Rwanda were often “eye-wateringly expensive, often violate international law, lead to the use of widespread detention [and] lead to more smuggling, not less.”

With this deal the UK is looking to shift its responsibilities towards refugees, not share them.

The chief executive of the UK-based charity, the Refugee Council, Enver Solomon, also hit out at the move, calling it a “cruel and nasty decision” and predicting it would not deter people-smuggling gangs.

“Sending people seeking asylum to be processed abroad will do absolutely nothing to address the reasons why people take perilous journeys to find safety in the UK,” Solomon said in a statement. “Instead, the Government should focus on operating an orderly, humane and fair asylum system, and developing safe routes such as humanitarian visas, rather than harming lives and destroying our reputation as a country which values human rights,” he added.

This is just common-sense and the right thing to do, as the former leader of the Labour Party, Jeremy Corbyn pointed out, saying: “The government’s plan to send refugees fleeing conflict, including those where there has been British involvement, to Rwanda is shameful and beyond cruel. We must build a world of peace and compassion. The plans to ‘offshore’ those seeking safety and security must be resisted.”

But what does the current leader, Keir Starmer say about it? He said it was just a distraction from Partygate and that the scheme is “unworkable” and “extortionate”. Much the same words were used by Shadow Home Secretary, Yvette Cooper (she of the anti-immigration mugs), who said the plan is “extortionate, unworkable and unethical”, and then went on to talk about the cost of these – basically concentration camps – being too high. Once again, the current Labour Party, led by a former human rights lawyer, forgets to focus on the human rights of these refugees.

It may well be a distraction from all the problems the Tories are facing, and it will certainly be greeted with enthusiasm by their base, but surely the alleged opposition party can condemn this plan on the grounds that it will likely violate human rights and international law. Yet Sir ‘now is not the time’ appears to fear upsetting the base he is trying to pander to – the racist, anti-immigration (unless they are white Ukrainians) base.

If he won’t speak out now, when? And for who?