Inflation: are wages the cause? 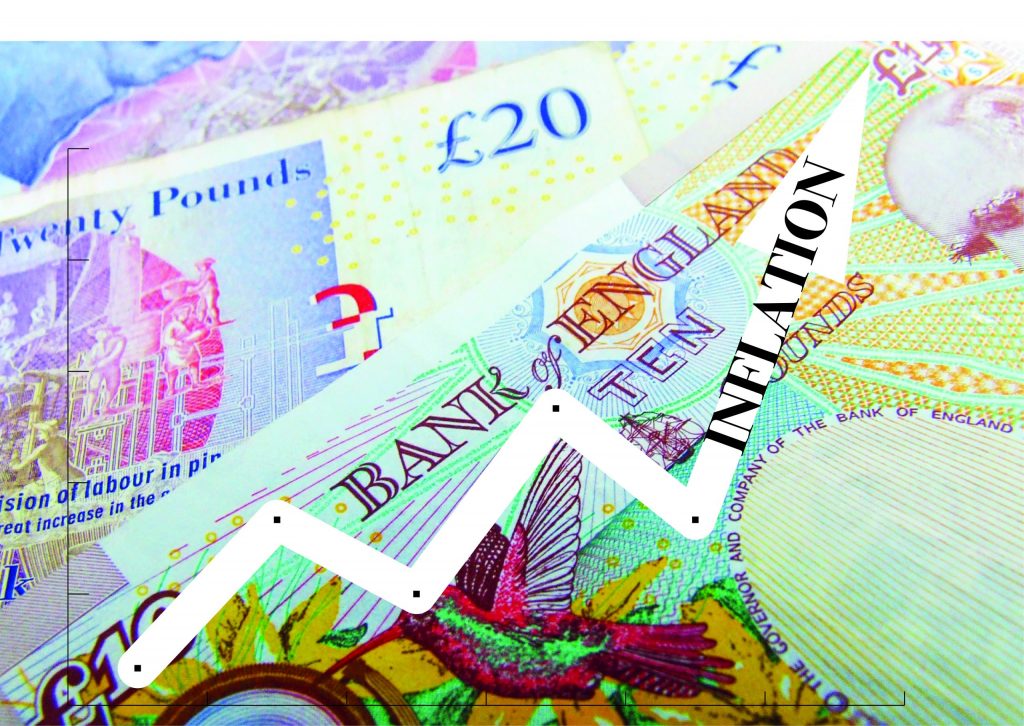 What these figures show is that whilst the rates of inflation may vary from country to country, the relative increase is a global phenomenon. There is another way of seeing this: whilst all countries are experiencing inflation (it is a global problem) some national governments are coping better than others.

Our incomes and thus our standard of living rely on the rate of inflation. We are all affected by inflation, but, despite this, in 2017 an OECD survey found that only 38% of adults in the U.K. actually understood what the term meant.

The Cambridge Dictionary defines inflation as “a general, continuous increase in prices” . The International Monetary Fund (IMF) tells us that “inflation represents how much more expensive the relevant set of goods and/or services has become over a certain period, most commonly a year”. They go on to tell us: “Although high inflation hurts an economy, deflation, or falling prices, is not desirable either.” The IMF are, essentially, the global enforcers of capitalism, and their view is that cheaper goods and services are bad for the economy. By this they do not mean it is bad for you as a consumer but bad for business.

What nobody argues with is that inflation represents an increase in prices, but which prices?

There are various measures of inflation, including the retail price index (RPI), the consumer price index (CPI) and the enhanced CPI, which includes housing and is known as CPIH. Each of these measures a slightly different set of goods and services. The problems of measuring inflation are two-fold. The CPI, which is widely used across different countries, is also constructed using different measures or giving similar measures different weighting.

For you and I the best measure of inflation is what we can afford to buy, we all know that our incomes are finite. At some point we all find ourselves robbing Peter to pay Paul. We also know that there are things we must buy, things we buy rarely and things which we tend to save for. Inflation then, is measured by the amount of money left over after all the essentials have been paid for. A rise in the price of one good can be offset by the lowering of the price of another.

Imagine that the cost of all the essentials you need is £100 per week. Imagine too that your income is £200 per week. Now imagine that, over the course of a year, those essential goods rise by £10. Whilst you previously had £100 of disposable income (your income minus the cost of essentials), you will now have disposable income of only £90. Inflation in this example is 10%. Let us now say you receive a pay rise of £10 per week. You now have a disposable income of £100. Inflation hasn’t changed, it is still 10%. And, here’s the political crux of the matter. You are not responsible for inflation. Your wages do not cause inflation.

Business Insider, in April, reported that an investigation by the Brookings Institute found that, whilst profits had increased by 41% between January 2020 to October 2021, wages only grew by 5%. One of the companies looked at was Amazon, whose workers received a 10% pay increase during this period, but whose profits grew by 94%. Kroger, an American retail company, saw its profits rise by 59% whilst giving their workers only a 1% pay increase.

If wages are not driving up prices, then what is? An investigation by Unite the Union found that FTSE 350 companies profit margins for the UK’s biggest listed companies were 73% higher in 2021 than pre-pandemic levels in 2019. Even though sales were down in 2021, profits still rocketed. This view is supported by the European Union who, in their economic forecast for July, noted the following: “The forecast for inflation has been revised considerably upwards compared to the Spring Forecast. Besides the strong price increase in the second quarter, a further surge in European gas prices [due to the war in Ukraine] is set to pass through to consumers also via electricity prices.” The point to note here is that there is no mention of wages, it is prices driving inflation. Albeit that, in this case, those price increases are being blamed on a war that the EU failed miserably to prevent and probably encouraged.

According to establishment economics, any attempt by wage earners to keep pace with inflation would only create more inflation.

Economist Juan M Sanchez of the Federal Reserve Bank of St Louis plots a line showing how, as inflation increases, so do wages. It is a desperate attempt to suggest that one is causing the other, but, as any undergraduate statistics student could tell you, a relationship between two variables is not proof of causation. But, as Sanchez concedes: “In fact, the slope of the line declines with inflation, indicating that periods of higher inflation (especially higher than 6 %) were also periods of lower real wage growth.”

The simple fact is that there really is no evidence that higher wages create higher inflation. Wages themselves are only one part of a fairly complex relationship between the cost of production and the price of goods. As Marx acknowledged in his short booklet “Wage Labour and Capital”, the price of a commodity is determined by the interaction between three things: the cost of raw materials, machinery etc used to produce a good, the wage of the labour used to produce it, and finally the surplus which is the profit. As Marx puts it:

In other words, and most establishment economists would have no argument with this, wages do not determine price but rather profit. This is why it is possible for wages to fall as prices rise. It is not wages pushing prices up, but the demand for more and more profit. Blaming wages for inflation is not simply economically illiterate, it is a con trick that the rich use to turn workers against one another, a con trick that is failing currently as so many people are affected by the current wave of inflationary pressures and the cost of living crisis.

Now, we might question why companies need more and more profit. Remember, profit is the surplus after everything else is paid, including wages. So, why the need for profits to continually rise? Imagine you started a business and in the first year you made, let’s say, £10,000 profit. This means you have paid all your costs (materials, labour, rent etc) which would no doubt include a wage for yourself, and you have a surplus of £10,000. Not bad. Now next year you only make a profit of £9,500. How would you feel? Would that feel like a disaster? You would, no doubt, say, well not quite as good as last year but I’ve still made a profit. Capitalism does not work on that basis.

Profits for large companies are related to share prices and dividends. Larger profits mean that dividends increase and as a result share prices also increase. From the capitalist point of view, the world is a wonderful place. For investors, larger dividends are a reason to hold on to those shares, but, if dividends fall, then perhaps it’s time to move them on.

In effect, we are being held to ransom by the 2.2 million people who own shares in the UK, though the Office for National Statistics calculates that 55% of shares in UK companies are overseas owned, whilst pension funds (which we are often told would be bankrupt if somehow socialists got their way and abolished private share holdings) only account for 8% of quoted shares.

Inflation is the inevitable outcome of a system which, far from being obsessed with the production of a good life for the many, is obsessed only with the profits to be extracted for the benefit of the few. This is why it is inconceivable to companies that they should pay more wages and reduce profits. This is not, as you might imagine, a moral failing on their part or a failure to recognise that people are in real hardship, it is the logic of a market in which a failure to keep making profits can lead to a total lack of confidence in a company. It doesn’t matter whether what you produce is good or not. All that matters in this world is how much that narrow group of investors receive each year. We don’t have to accept this. It is time that workers realised that, whilst the investors put in their money, it is they, the workers, who give their lives to these industries. Perhaps it is time that workers were rewarded with some say in how they were run.