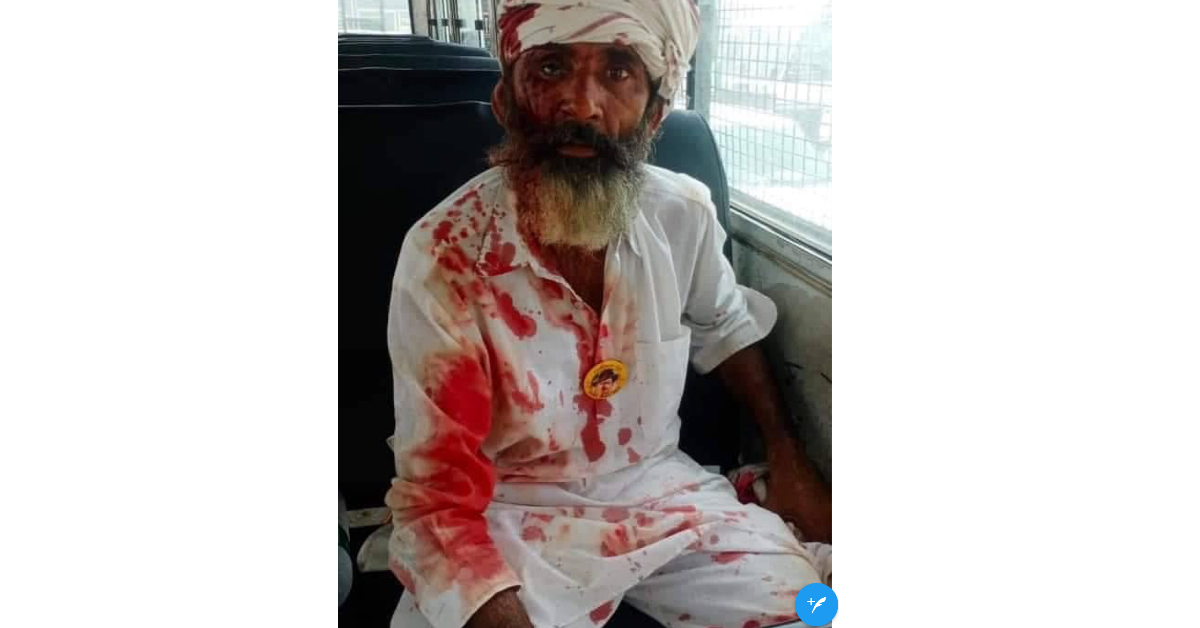 A farmers’ protest in New Delhi ended in violence yesterday. The protest called by farmers concerned for their livelihoods was attacked by state forces. There is evidence that this attack was sanctioned by the government to “teach the farmers a lesson”.

A young Indian television journalist Saahil Menghani tweeted from the scene of the attack. He verified that police lathicharged the farmers. The protesters were beaten mercilessly, many around the head. Some of those beaten were in their 70s.

Video footage shows clearly that the farmers were unarmed and were running away from the police. Those beaten were left bloodied but determined to carry on. Following the attack by police the farmers set up road blocks in Haryana.

The protests against the government’s Agricultural Bill have spread to Jind, Sonipat, Rewari & Karnal districts. The Bill will effectively allow farms to be taken over by large corporations. As Sudha Narayanan has argued: “Some fear that this is the thin edge of the wedge, a dramatic start to an irreversible withdrawal of the state from a critical sector in the economy, paving an easy path for big business.”

As elsewhere, farmers in India are demoralised. Lowered prices have meant many are only just keeping their heads above water. Recent surveys have found upward of 40% wanting to leave the profession. Bharatiya Kisan Union leader Rakesh Tikait said yesterday that the protesters would not return home until their demands were met. He said the farmers’ protest was not just against the three contentious agri laws but also to save the country. “This agitation has been going on for nine months and the government has not held talks since January 22. We have repeatedly said that this government is being run by big corporates. That is why they are not talking to us.”

Despite the increasing importance of industry to the Indian economy, it has been estimated that 24% of the nation’s wealth derives from agriculture. Some 40% of the population are employed in agriculture and it is responsible for about 14% of India’s GDP.

The attacks on the farmers have to be seen in the context of a government with little patience for opposition. The right-wing Modi government has, since its election in 2014, pursued a populist anti-Muslim agenda, including the building of an internment camp for up to 3,000 so-called illegal Muslims who were unable to prove their legal status despite having been born in India. Modi’s nationalist Hindu ideology has fuelled repression in Kashmir, a largely Christian semi-autonomous region and encouraged economic protectionism.

The attacks on defenceless farmers, fearful that the farms they have given their lives to will be taken over by large corporations, is indicative of Modi’s mode of governance. Policies are being pushed through Parliament and then enforced with state violence. Whether in taking on the farming communities Modi may have bitten off more than he can chew time will tell.