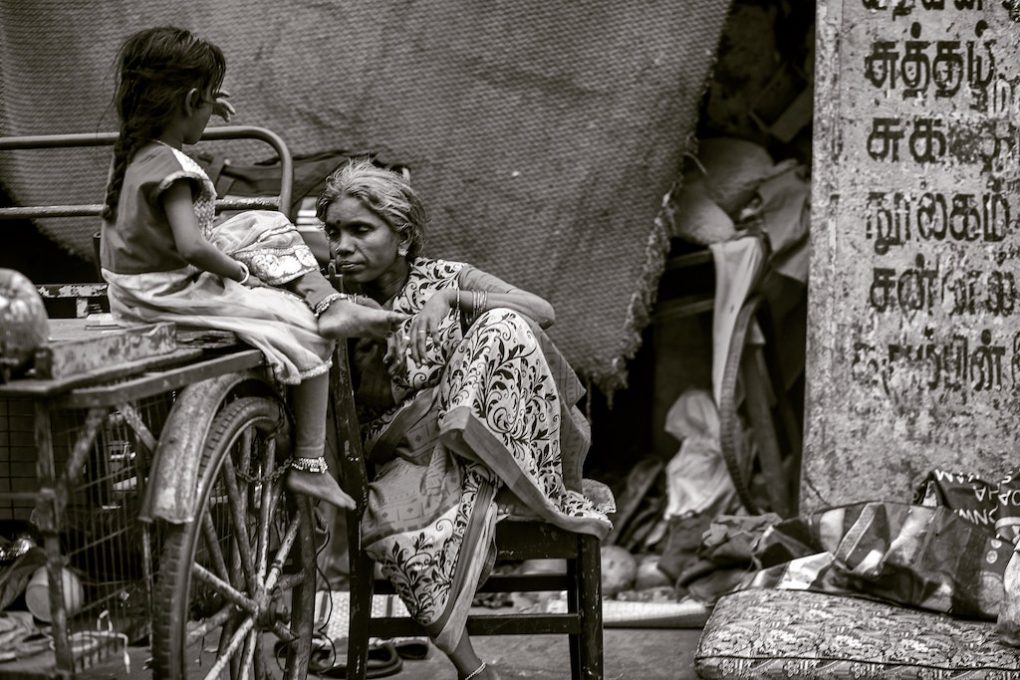 Photo by V Srinivasan on Unsplash

INDIA is going for growth, but poverty is also increasing. The sixth largest economy in the world, roughly the same size as the UK achieved 6% growth last year. The IMF approves.

The top 10% own 80% of the wealth. If you narrow it down to the top 1%, they control 70% of the wealth. India has 170 dollar billionaires and 700,000 millionaires. The Indian rich list includes some of the wealthiest people in the world. And, just as is happening all over the world, the gap between rich and poor is getting wider. The super-rich are ten times richer than they were ten years ago. The people at the bottom have seen their share go up by 1%.

People at the bottom of Indian society exist in extreme poverty. The Global Hunger Index published its annual ratings last week. India has fallen for the third year running and is now 107 out of 121 countries. Its much poorer neighbours Bangladesh, Nepal, Pakistan and Sri Lanka are all doing better at feeding their people.

The GHI uses 4 indicators: undernourishment, child wasting, child stunting and child mortality. Child wasting refers to children who are underweight for their size, stunting refers to children whose growth is stunted. According to the GHI, 224 million Indians are undernourished. The Indian government has disputed the findings because three of the indicators refer to children and cannot be applied to the entire population. But it shows that children are among the worst affected. And when children are hungry their parents are hungrier as they skip meals to feed their families.

The cost-of-living crisis can only make things worse. The Modi government is maintaining its links with Putin to safeguard its access to Russian fuel and energy supplies. Even so, an LPG (cooking gas) cylinder that used to cost 400 rupees is now more than 1,000 rupees.

The opposition Congress Party has organised a five-month-long protest march. They hope the 3,500 km, cross-country march from the coastal town of Kanyakumari on the southern tip of India to Srinagar in the region of Jammu and Kashmir will mobilise people ahead of the 2024 national elections.

But Modi is still popular despite rising unemployment and inflation. The Congress Party did little to solve India’s problems during its long years in government and Modi’s brand of populist right wing Hindu nationalism continues to win regional elections.

The Congress Party is trying to rebrand itself by electing a leader who is not part of the Nehru and Gandhi dynasties that have dominated the party since Indian independence in 1947. But they have no policies that challenge the capitalism.

Last year agricultural workers showed the way with a year-long strike to force concessions from the government. The Indian working class, one of the largest in the world, needs more of the same if it is to seriously challenge a system that continues to produce 70 millionaires a year at their expense.

News extra: Mirror, mirror on the wall, who’s the most hated politician of all

ACCORDING to a new poll by YouGov, Liz Truss now has net favourability ratings of -70 making her the least favoured politician in the UK. Now YouGov polls may not be renowned for their accuracy and we might question whether they did indeed find 10% of the population who had a favourable view of Truss as PM, but this makes her position even more precarious.

But, if you don’t trust YouGov, bookies are now giving odds of 1/3 that Truss will be out of Number 10 by the end of the year.

Meanwhile a new poll, widely reported in the press, has a seat prediction for the Tories following the next General Election of just 48, putting them in third place, and behind the Scottish National Party who, we should remember, only stand in Scotland.