How to build a socialist movement 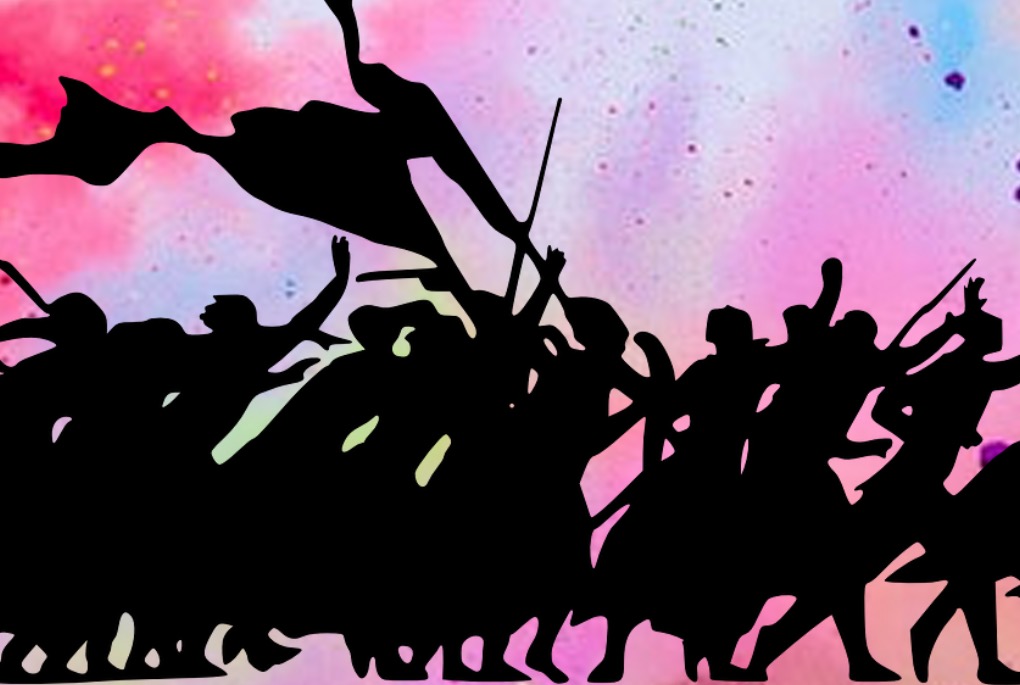 Image from Photo by Marcin Dampc from Pexels and image from Pixabay.com

Despite occasional victories, it sometimes feels as if the movement for socialism has only one gear: reverse. It’s not true of course. Socialists have been involved in, and have frequently been at the forefront of, numerous successful campaigns.

As I recall, it was socialists who formed the backbone of the trade union movement, who formed the U.K. Labour Party, who confronted the far right most famously at Cable Street and during the Spanish Civil War but also through the Anti-Nazi League. It was socialists who opposed the Poll Tax, who have supported the pro-choice movement, been active in CND and the environmental movement. It is socialists who have been most active in movements for the unemployed (my own entry point, incidentally), for gay rights, and for rights for the disabled. The NHS was founded by an avowed socialist, and the campaign to save it is largely led by socialists. And socialists founded the Stop The War Campaign and have kept issues such as anti-apartheid and the cause of the Palestinians alive.

That, and I am sure I’ve missed plenty of other campaigns, is an impressive list. To be clear, not everybody involved in all this campaigning identifies as a socialist. On occasions socialists are a minority. But, something about the socialist ideal persists. Each generation throws up new people prepared to commit to the cause, prepared to give up their time (and often their money too) for the benefit of others. Socialism is not an easy creed to embrace. It drains your time, your energy and can lead to personal dangers (remember Blair Peach?). For some it leads to employment blacklisting. But, as a friend once said to me, once the light has been switched on there is no switching it off again.

As I wrote in “When the revolution comes”, the objective facts determining the future of the system are bigger than we are. There is no doubt that the future of capitalism is not going to be determined by the actions of a group of socialists on one little island in the North Sea. However, the prospects for life post-capitalism might well be. For this reason we need to build a movement which can at least agree on what we would want the new society to look like. Many people will, given the breakdown of society, look back towards a ‘golden era’ of strong leaders when Britain (insert your own country here) was stronger, better and purer. This is the language of the right who offer nothing but hatred supported by an authoritarian doctrine that will destroy free speech and any who support it.

What we stand for

I have written elsewhere how much of our problem on the left comes from a lack of theory, and also how our continuing illusion about parliamentary socialism, rather than propelling us forward, holds us back. I won’t repeat those arguments here, but I will outline some contours of the type of movement I think we need to take us forward.

The first thing for any movement to decide is what it stands for. That may seem obvious but there is so much division on the left, and much of this comes from a sense that only some people should have the right to an opinion. Some people, for example, argue that men are inherently misogynistic. Some people that white people are, by their very nature, racist. Are these views consistent with a view that all people are essentially equal? And, where does our ‘movement’ stand on people who regard trans women as not women at all? Or those who say that leaving Brexit was the right thing to do because the EU is a big capitalist club (as if the WTO is not)? Or what of those on the left who say that Covid is all a ruse to usher in a period of authoritarianism (as if any government has ever needed an excuse to take away our supposed freedoms)? Or those who believe that those on the left are prone to anti-Semitism (despite our record of opposing all forms of racism)? These are the day-to-day issues we see played out with various degrees of venom on Twitter and Facebook.

There is another issue too which has dogged the socialist movement from day one. Can we achieve socialism through the ballot box? And, even if we all agree that it seems unlikely, how much effort should we put into fighting elections? And, if national elections are infertile ground for our movement, what of local elections? Or, perhaps, socialists should be looking to build “socialism in action” through supporting food banks, local gardens, centres for people to hang out? After all, if the revolution is not coming any day soon (are we sure about that?), then, if we can make people’s lives better in the here and now, surely it is better to do so than waste time on meetings planning a revolt that may never occur?

It was never simply a case of choosing between revolution or reform. The question has always been how much effort goes into reforming the system as opposed to radically altering it. Think about elections. At the last U.K. General Election over 10 million people voted for socialism. Or, did they? Many of those reading this will have spent 4 or 5 weeks trudging the winter streets, knocking on doors in the hope of electing a “socialist” government. If we had convinced another 3 or 4 million voters, or if the Tory vote had collapsed, would we now be living in the Socialist Republic of Britain?

The fact is that what we were selling on the doorsteps was not socialism but a kinder, fairer form of capitalism. And when people put their X next to a ‘socialist’ candidate on the whole they are not voting to put themselves in control of their lives but for somebody else to make their lives better. They are not voting for a socialist society but for a capitalist society run by socialists for whom socialism is a distant unobtainable goal replaced by the efficient management of capitalism. But surely a fairer capitalism is better than a harsher one?

It’s easy for people like me who have reasonably comfortable lives to tell people who can’t afford heating or don’t even have a home to wait for the revolution. And so socialists lose sight of their goal and join with Christians (and other religious folk) and liberals (and others with a conscience) to pull people who are below an acceptable standard of living up above the line. Remember the United Nations declared there were 14 million people living in poverty in the 5th or 6th richest country in the World. And we trudge the streets gathering votes for people who, whatever their aims when they enter politics, are, with few exceptions, more changed by the system than they are able to change it. We are trapping some of our best people in the gilded cage that is parliament.

Every step we take forward is accompanied by the relentless slide backwards. Sisyphus had it easy compared to socialists. It is relentless, it is depressing and it is confusing. So, how do we change things? Not by beliefs alone. That much is clear. Not by trade union struggles either with their built in sectionality. Nor through parliament. At least not by any of these things exclusively. And not, especially, by blaming those who spend their time and energy fighting for others even when they could so easily settle for a comfortable life.

I don’t know about you but sometimes I feel that this battle cannot be won. If the right don’t get us, those who should be our allies will. And we might ask ourselves about this tendency to rip into those on the left. I disagree with a good many people on a good number of issues. I debate with them. Sometimes I have my views changed. Sometimes I change their views. But I cannot debate or engage with somebody who just wants to rant or call me names. If you look at my Twitter timeline, you’ll find that I do not swear, use capital letters (which I understand to be shouting) or engage in ad hominem attacks. Is this because I am a paragon of virtue? Hardly. It is because I don’t feel that anything is gained by such interactions.

Our movement has to be tolerant of different views whilst at the same time being able to hold certain principles. We have to hold, first and foremost, that widespread and systemic inequalities are wrong. We must also hold that all human beings are essentially equal. That means there is no place for racism or sexism. Where there is oppression we obviously side with the oppressed against the oppressor. Our movement must be one that believes that the planet is not for one generation to do with as it pleases but is a common good which must support human life for whatever future our species has.

Beyond this we are into strategy and here is where we need to be able to engage in open debate about what is wrong and how we fix it. Every member of our movement, regardless of any other characteristic, is entitled to hold opinions, to express those opinions and to have those opinions tested and opposed. But our movement cannot allow itself to be captured by anti-science. That is not to say that science, or more correctly scientists, always have the right answers but that the scientific method should inform our beliefs. The alternative is to fall for prejudice and popular opinion as so many people do.

You may ask: where is this movement? Where do I join? The answer is: it is here. You joined the minute you started reading this. You get involved by adding to our knowledge by commenting and telling me what I’ve missed or misunderstood. You grow this movement by sharing this and other pieces, by writing your own, by helping us to develop a radical agenda for change. The movement is right where it’s always been. In your heart and soul. If you want to do more to grow this movement, don’t be shy. Together we can change the way the left operates. Move aside Sisyphus, leave that boulder at the top of the hill and look over the prairie below. The Earth is a beautiful place, humans are a beautiful species. We deserve better than this.

One thought on “How to build a socialist movement”