How to be an internationalist 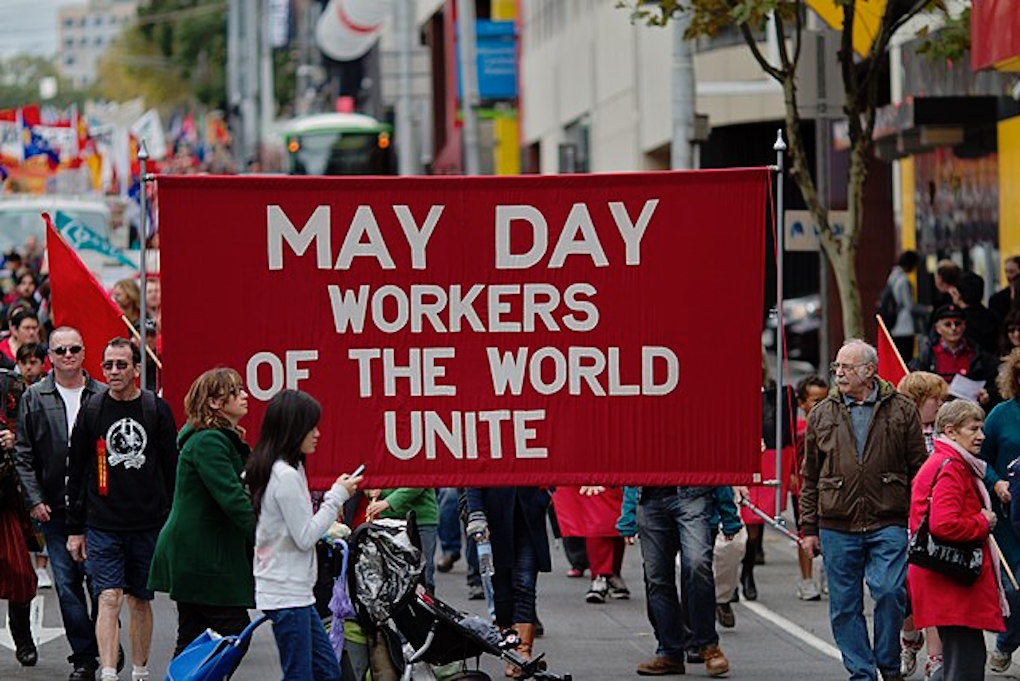 Socialism, so we are told, is an international creed. The idea that it is possible to build socialism in one country was pretty much destroyed by Stalinist Russia. Whatever exists currently in China does not seem much like any form of socialism which most western socialists would want to fight for. Yet we remain obsessed with our own backyard. Many who see themselves as socialists have little knowledge of what is happening beyond their own shores and even less interest unless, like now, it is impossible to ignore. If you were a capitalist however, you not only take an interest in the wider world but you seek to exploit it.

As long ago as 1888 the Belgian liberal economist, Emile de Laveleve. In The Socialism of To-day, wrote:

“‘Internationalism’ is the natural consequence of the great process of assimilation which is taking place throughout the world. Nations are becoming more and more like each other, and their mutual relations more and more close. The same economic and religious problems, the same commercial and industrial crises, the same class antagonisms, the same struggles between capitalists and labourers, arise in all civilised countries, whether their form of government be republican or monarchical. The ‘solidarity’ of nations is no longer an empty phrase. So real is it, especially in economic matters, that a purely local occurrence may have a far-reaching result in both hemispheres… As different nations tend to become one single family, all forms of social activity must consequently take an international character.”

The suggestion is that, as capital no longer needs national boundaries, so the nature of the social system will be toward an international social order and a community of humanity.

And, yet, here we are standing on the verge of a world war being fought over boundaries both within and between nations. There is no denying the international reach of capital. Some of the largest companies operate around the globe.

Walmart, for example, is the biggest company in the world, worth over $540 billion and operating in 24 countries with over 10,500 stores in countries as diverse as the United States, Botswana, China and India.  Amazon is the 3rd largest company, worth around $320 billion. It operates in 13 countries including the US, UK, Australia, China, India and Japan. It delivers to more than 100 countries.

I mention these large companies because they have achieved something socialists can only dream about. They are genuinely able to operate as if borders did not exist. Capitalism puts no fetters on capital moving freely. Yet, when workers seek to cross borders in order to better themselves they are derided as economic migrants. Capital, which so despises workers’ organisation, particularly across borders, has organised itself to maximise its power of exploitation.

The European Union, with 16.5% of global imports and exports, is the biggest global trading bloc. Its four freedoms are allegedly goods, services, capital and people. Instead of people it should probably have said labour, because fundamentally what trading blocs and the companies they represent want is easy access to the labour they require when they need it.

To be an internationalist, then, we might learn from our capitalist paymasters. It is not to demand the ‘freedom’ of people to be traded on an open market, but to demand an end to the exploitation of workers wherever it takes place.

Why, for example, did the EU not enshrine as fundamental freedoms the freedom to belong to a trade union, or the freedom to have a safe working environment or even the freedom to a share in the benefits of our mutual co-operation? The answer is quite simple. The EU is not a socialist endeavour but a capitalist one.

This is not to say that we should oppose the EU in principle any more than we should oppose money in principle. Support for the EU is not a socialist demand but neither is it one socialists should necessarily avoid. One problem with the EU, of course, is that in developing an internal market it reinforced barriers to maintain that market. In other words, even if the EU had abolished poverty internally, which it hasn’t, all it would do is export it elsewhere.

In 2020 nearly one in five European citizens were in poverty or close to it. That is a staggering 96.5 million people. The reason is clear enough. Capitalist markets are uneven. Within the same market exists great wealth – around 600 European billionaires – and great poverty. But, and this is the crucial point, between those two extremes are the rest who are neither impoverished nor unimaginably rich. There are, after all around 450 million people in the EU and the vast majority of those are not in poverty. It is those ‘doing okay’ people who form the backdrop to capitalism because they either see no reason to change it, or believe that it will deliver for them if they simply wait long enough.

But socialism is no less uneven than capitalist development. Whilst poverty, discrimination and inequality might well fuel socialism, the majority of active socialists are not directly affected by any of them. The ‘real’ socialists, and by this I mean those who realise that capitalist reforms cannot deliver socialism, are, by definition, a minority. This is why those with the most progressive views need to come together and in ways that do not respect international boundaries. This is not always easy of course.

The First International Working Men’s Association was founded in 1865, and its members included Karl Marx, a German, along with comrades from France, Italy, Belgium, Switzerland, the United States and, of course, the UK where it was held.

Throughout the early days of The International there was a conflict between those who saw it as primarily a trade union organisation and those who saw it as primarily a political one. Remember, at this time there were few, if any, workers’ parties in most industrialised countries, and those that existed were struggling to achieve suffrage to take forward the industrial struggle for a shorter working week, better conditions, paid holidays and even the right to belong to a trade union. Internationalism was primarily concerned with ensuring that workers across borders did not undermine each other’s wages, particularly during strikes where scab labour would often be used to starve workers back to work. You might ask: what has changed?

Across Europe Trade Union membership averages about 23%, but this hides massive disparities. In Finland, for example, 74% of workers are unionised, whilst in France, somewhat surprisingly given their apparent militancy, the figure is only 8%. In the UK the figure is around 26%, down from a historic high in the seventies of around half.

Trade union membership in America, the cradle of capitalism, was below 12% last year, and, unlike France, there are no periodic outbreaks of mass strikes to strike fear into the bosses’ hearts. In India, important as one of the largest workforces in the world, 34% of workers are unionised, though, as everywhere, there are massive differences between sectors. In the Indian public sector 75% are in unions, whilst in the private sector only 15% are. This pattern is repeated in all industrialised countries showing, as clearly as it is possible to do, that for many private sector employers workers really are wage slaves who should have as few rights as possible.

There is also little doubt that the nature of trade unionism has changed. Grassroots organisation of the type mythologised in the story of the Tolpuddle Martyrs has been replaced by permanent bureaucracies with leaders who have never shared the struggles of their members. The British TUC is perhaps symptomatic of the trend. Frances O’Grady, the first female General Secretary of the TUC, has never held a job outside trade unions in her life. She has no experience of the shop floor. Her loyalty is to the organisation not to the members. This is not to say she does not care about the members but merely to point out that in a conflict between the survival of the organisation and the interests of the members, organisational survival will always win out.

Trade unions, the basic form of worker self-organisation, have become fetters to the political development of workers both through the process of incorporation and of self-preservation. There are simply too many workers around the world today who can tell stories of being let down by ‘the union’. And, again, let me be clear this is not an argument for abandoning trade unions but an argument for transforming unions into grassroots-led organisations which can defend their own members and find common cause with workers around the world. At the end of the day we are all fighting the same battle.

Internationalism means not simply shouting support from a distance but recognising that the struggles which face ordinary workers are largely the same no matter wherever they happen to be. And, in an era in which the ruling classes grow ever more desperate and seek to divide us along national, ethnic, gender, and colour lines (to name the obvious ones) and to pit us against one another, it remains, as it always has, for workers to reach across those false boundaries and declare themselves part of an international working class.

All so much so good I hear you say, but this is not 1865. Times have changed, things are different. Undoubtedly things have changed. But, for the better? There is still a tiny minority not just with the wealth but also the opportunities and the power. Ordinary people still have nothing to sell but their labour power. Poverty remains one step away for so many, and the lived reality for far too many. These problems cannot be solved by changing this or that national government. The nature of capitalism is international, the nature of socialism can only succeed if it is international too. It is definitely time for workers to adopt the battle cry bequeathed by Marx and Engels:

“Workers of the world unite, you have nothing to lose but your chains. You have a world to win!”