How Our Sham Democracy Works 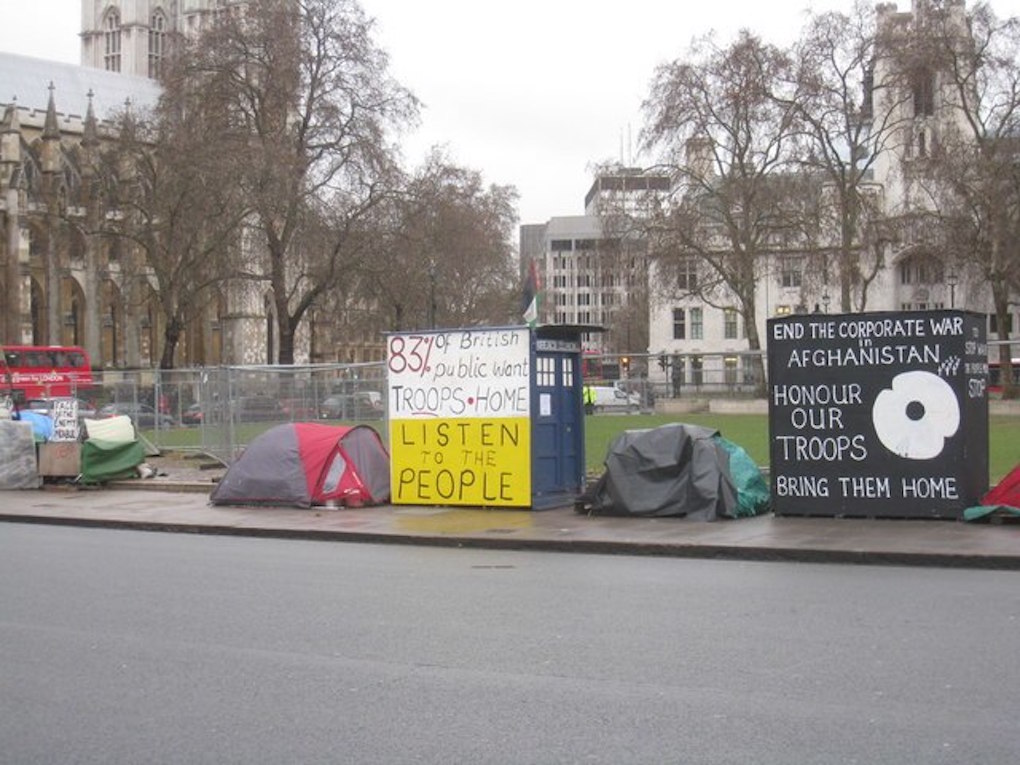 So you think you live in a democracy? Well, you are right, you do. But it’s not quite the democracy you probably think. I just pulled this definition off my Mac: “control of an organisation or group by the majority of its members”. To me, that is a satisfactory definition. You could substitute ‘organisation’ with ‘country’ and ‘its members’ with ‘the electorate’, and you would have a definition that fits the UK. The keyword though is ‘control‘. In a democracy ‘control’ means the will of the electorate can make change happen – including fundamental change.

So why is our democracy a sham? It works like this: You can vote, and you can make change happen, but there are certain things that can’t be changed, really important things like our economic system, which determines the kind of society we have. Why can’t we make those fundamental changes? Because the market, or call it big business or capitalism if you prefer, is really in control. How does this work and how did it happen? If we look at recent history – in the past 40 years or so our politicians have ceded control to the ‘market’. It has happened through the capture of institutions. The European Union is a good example of this. European treaties contain clauses that dictate how our economy works. In effect, they create a European constitution that binds us to the market through so-called ‘liberalisation’. This means that we have to follow a right-wing ideological economic programme.

This ‘free’ market programme is neoliberal and it is one that is followed by almost all governments in the ‘West’. It means that corporations can dodge taxes, trade unions get disempowered, environmental regulations are watered down, people are mired in debt (e.g. student loans), public services are privatised and countries are run for the benefit of the 1%.

The USA is still the epitome of capitalist society, but it doesn’t say in the constitution that the country has to be capitalist. That kind of ideological-cum-economic statement has no place in a constitution. What has happened is that politicians have put commercial interests above our democratic rights. On a lower level, it works in the UK like this: if a multinational wants to build a superstore in your town centre, your local council can’t stop it from happening. The citizens of that town can’t take a democratic decision that they don’t want it. The ‘rights’ of the multinational have been put above our democratic rights. Of course, we can still vote and we can still decide to do things like introducing gay marriage, because that doesn’t threaten the economic status quo, but we can’t run our economy in the way we choose.

Our politicians never asked us if we wanted this. If they had, they know we would have rejected it. But the point is that many of us are unaware of exactly what happened. Historically, where people have kicked back, such as in the referendums in France and Ireland where European treaties were rejected, the politicians have fixed it so they got the result they wanted in the first place. It’s not just the EU but all the major institutions such as the WTO, IMF and World Bank that adhere to this neoliberal ideology masquerading as economic policy. The plan is to ensure that a particularly nasty, laissez-faire version of capitalism is completely dominant – social and collective concerns are subsumed to the agenda of banks, corporations and the super-rich, and democracy is undermined.

While they may not appreciate all the details of how our democracy has been stitched up in the interests of corporations and the 1%, many people understand that our democracy doesn’t work for them. That is one of the key reasons why voter turnout has fallen so dramatically in many countries like the UK. And that is how we can get a government elected by only 26% of eligible voters, which is what happened in the UK in 2019. Are the powers that be worried about this? Of course not! Voter apathy suits those who are in control!

The harsh reality is that, as the 21st century has progressed, the nature of the relationship between politicians and business interests has become even closer and more corrupt. in the USA both of the major parties are in hock to corporations and American oligarchs. In the UK, the Conservative Party is in hock to Russian money, and the City of London is a laundromat for dirty money globally.

“The UK has become a global centre for illicit financial flows. The government has a history of covering-up money laundering by banks even when they have publicly accepted responsibility for “criminal conduct”. Recently, NatWest became the UK’s sole bank with a criminal conviction for money laundering failing. It was fined £265m. This has not been followed by prosecutions of any directors, whose remuneration was presumably augmented by profits from such illicit practices. There is no clawback of their remuneration. When asked, the response is “The Government does not intend to introduce legislation to enable clawback of remuneration from directors of entities found guilty of money laundering.”

Since Putin invaded Ukraine three weeks ago, there have been calls for severe sanctions on Russian oligarchs in the UK, but it’s unlikely that many of them will suffer much because they are too deeply embedded with the Tory Party and the corrupt system in the UK. We need to recognise that we live in a failed democracy that works for the few not the many, and it’s also important to understand that representative democracy isn’t true democracy. If you’d asked someone in the early 19th century what democracy was, they’d have told you ‘one person one vote’, i.e. no representatives as it was in ancient Greece. We now call this direct democracy.

I recommend you read David Graeber’s excellent book The Democracy Project in which he talks about the USA founding fathers, many of whom were slave owners, and their fear that direct democracy could damage their power and wealth. It’s a real eye-opener for anyone who sees America as a bastion of democracy. Of course, you may be wondering how direct democracy can work in a modern society. Switzerland is one example. They have a system with citizen participation in legislation that works.

Despite this, our democracy is still worth something. We can put real democratic rights back on top. But we can only do this if we first understand what’s really happened and have the will to re-capture our institutions from those who have ‘stolen’ them. Only by becoming politically active at a local level and resisting at a national level can we turn the tide against the corporations, tax-dodging rich and their tame politicians who advance their interests at our expense. We need electoral reform with a written constitution, an elected head of state, an elected second chamber and citizen participation at a national and local level if we are going to live in a real democracy.

Finally, I’ll leave you with Dick Crossman, a Labour politician who served in Harold Wilson’s government in the 1960s. He saw government in our democracy at first hand and he had his doubts about our democratic system. In his last public lecture, he talked about how ”the British voter, while encouraged to believe that he was part of a self-governing democracy, was in effect – through the device of so-called ‘representative institutions’ – enduring government by oligarchy. The guilty secret at the heart of the British governmental system, Crossman increasingly came to believe, was that it was deliberately designed not to give ordinary people their heads but rather to tame the demon of democracy before it did too much damage” (excerpt from The Crossman Diaries Published by Holmes & Meier 1981). Nothing has changed since then.

One thought on “How Our Sham Democracy Works”