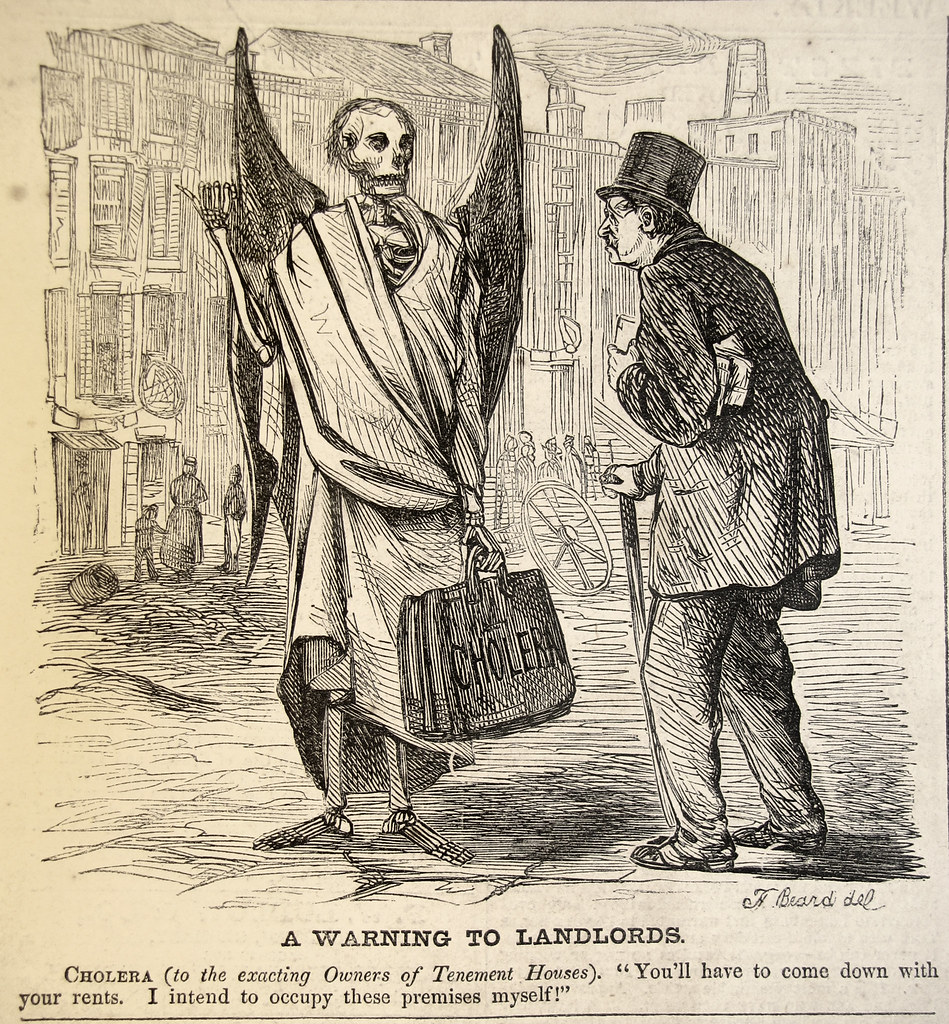 LANDLORDISM is a contentious subject, especially now when so many are suffering hardship, some finding it difficult to pay their rent, and others forced to live on the streets through lack of adequate housing.

On the one side we have the landlords who say, “Well, why shouldn’t I make money from another property I own, not my fault you can’t buy your own?”, and on the other we have renters who are often scammed out of their deposits upon leaving rented accommodation and/or are paying way over the odds for their rented homes.

But, if landlords did not own this second – or third or fourth – house solely for more income then surely there would be more properties to buy and prices could come down, enabling those who currently rent to instead use that same money to pay off a mortgage?

A roof over our heads

So it is not an unfair assumption to make that landlords are in this business for the money alone. Some might say, well why not? Free market and all that. But is it fair for people to make what are in some cases obscene amounts of money out of one of our most essential needs – a roof over our heads?

Landlords tell us they do not have an easy ride; there are many rules and laws they must comply with. They must insure their properties, but of course it is to their benefit to do so, and they must pay tax on all rented income over £1,000. But against that tax can be offset expenses such as letting agents’ fees, legal fees, accountants’ fees, the aforementioned insurance, maintenance and repairs, utility bills, council tax and more.

However, the utility bills are usually paid by the tenant, unless they leave without notice and then the landlord can use the security deposit to pay such bills, so is their lot such a bad one? Of course it isn’t. In my opinion it is quite simply wrong for someone to own more than one house if they are either letting that property sit empty for most if not all of the year, or if they are using it to make money from people who cannot afford to buy.

We need two things: more social housing and easier access to mortgages for those wishing to buy their own homes. At present many people are paying a lot more in rent than they would for a mortgage, but of course to buy your own home you must first put down a deposit with a bank. Fine, but why so much? After all, default on your mortgage payments and the bank can seize your home, so why not just the same amount as the bond for rented accommodation which is usually the equivalent of one or two months’ rent? Why are they making it so difficult for people to own their own homes? Capital of course.

And many landlords do not even bother to ensure their rented accommodation is fit to live in. Since the Homes (Fitness for Human Habitation) Act of 2019, especially, landlords must ensure structural repairs, as well as taking care of external and internal issues including damp, ventilation, and water supply. Failure to account for these problems or respond after tenant notification of their presence could lead to an unsatisfactory inspection by the governing body, the Housing Health and Safety Rating System (HHSRS), who could then pursue persecution if they were unsatisfied with their findings.

But the fact is that very few landlords are in fact prosecuted; out of the millions of landlords, prosecutions probably fall into a little over a hundred, and usually these are undertaken against companies rather than individuals, and the fact remains that they can still continue their business as landlords even after prosecution.

It’s difficult to find up-to-date and accurate information on substandard housing in the UK, but, as of two years ago, according to a study commissioned by the National Housing Federation (NHF), more than eight million people were living in unsuitable housing in England alone. Their research showed that 3.6 million people were living in overcrowded homes, 2.5 million couldn’t properly afford where they live, the same number again were living with parents or relatives against their wishes and almost 1.4 million were living in poor or substandard conditions. This is two years ago and the numbers have surely risen.

We can’t expect any change from within government as Open Democracy, which describes itself as an investigative service, has said 18 Labour MPs, four Scottish National Party MPs and 90 Conservative MPs have declared themselves landlords. So, in total, 115 MPs across all parties are landlords. It is laughable to believe that renters’ rights are in their best interests.

How can this change? Well, the simple answer is that it won’t under our current system. We could of course tax these properties landlords rent out at a far higher rate and put a rent cap on the properties but we all know this will not happen. And yet, it would help millions of people. It’s the old supply and demand ethos: more people want to rent than there is adequate housing and this is down to a failure of the government.

It will always be down to government to implement changes and perhaps we could follow in Spain’s footsteps where they have just agreed on a new law to control rents, though yet to be passed by Congress. The law features tax incentives of up to a 90% discount for landlords with less than nine properties who decide to cut rental charges and would increase taxes on houses left empty by landlords.

Regional governments would also have the option to demand lower rates from large landlords in areas of high demand. Minister Felix Bolaños said, “This measure seeks to contain the price of rents and reduce them.” He added: “Vulnerable families and young adults in the cities would be the main beneficiaries of the proposed law.”

It’s not ideal but it is something. These people making a living by doing nothing other than owning a property are nothing more than parasites living off the hard work of others. If we had a government willing to clamp down on landlords, to take housing from corporate landlords into public ownership, it would be a beginning.

Another EU country willing to take steps to reduce landlordism is Germany. A referendum in Berlin, just two months ago, proposing authorities seize and take into public ownership more than 200,000 homes passed resoundingly.  Berliners were clear that they want city authorities to pass a law which would allow for the expropriation of what they call ‘private’ real estate companies, specifically those that own more than 3,000 housing units. The campaigners say the companies would be compensated at a rate ‘well below’ market value.

However, the referendum is not legally binding and the proposal will only become law if the ruling parties in the Berlin Senate choose to make it so. The SPD’s Franziska Giffey, who is in pole position to be the next Berlin mayor, has spoken out strongly against the idea: “For me, the subject of expropriation is already a red line. I don’t want to live in a city that sends the signal: This is where expropriation is taking place.” A lot will depend on the eventual coalition in Germany but, even if those in power were in favour, they will face strong opposition.

As they would in the UK were a similar motion ever to be put forward. Money talks, and has the loudest voice.

I worked out that if most of the people who read my articles etc donated just £1 each it might mean I could have heating for winter and maybe decent food. If you feel you can it would be greatly appreciated. Thank you.  https://www.paypal.me/susiejgranic