Honours system dishonours us all 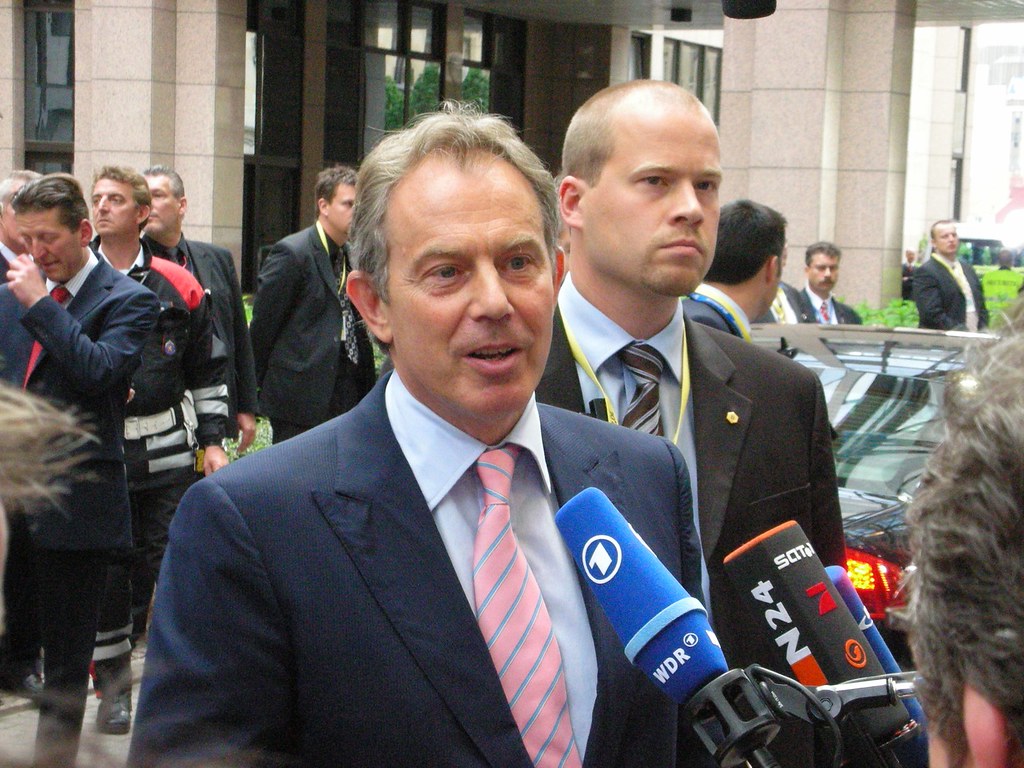 "Tony Blair" by StefdeVries is licensed under CC BY-ND 2.0

OVER 300,000 people have signed a petition calling on the Queen to revoke the honour bestowed upon former Labour Prime Minister Tony Blair.

Blair has been given the highest honour possible by being made a Knight Companion of the Most Noble Order of the Garter, the oldest and most senior British Order of Chivalry.

According to royal.uk The Order of The Garter was established by Edward III in 1348 and was supposedly for the most chivalrous knights. Obviously the idea of chivalry has changed somewhat since the 14th century and not necessarily for the better. This ‘honour’ comes with an amount of pomp that is excessive even in a pompous country such as the U.K. The home of the Order is St George’s Chapel, Windsor. On being made a member each knight is required to display a banner of his arms in the Chapel, together with a helmet, crest and sword and an enamelled stallplate. No doubt Blair has been keeping his in his shed ready to be installed.

The motto of the order could hardly be more ironic. “Honi soit qui mal y pense” which translates as “Shame on him who thinks this evil”. Each year there is a Garter Day where this anachronistic troop parade through Windsor accompanied by that other throwback to a bygone era, the Royal Family.

The Order of the Garter is the elite’s elite. It is the type of institution no self-respecting Labour politician should want anything to do with beyond its abolition. But that is to presume that Labour politicians have honour, integrity or principles; or that they are anti-establishment. We know only too well that, with a few exceptions, they are as establishment as their friends in the Conservative Party.

As for Blair’s idea of chivalry, we might remind ourselves that in 2015 he withdrew from a World Hunger Forum event when they refused to pay his £330k fee for his 20 minute speech. Since leaving office in 2007, he has set himself up as a moral expert on the Middle East which, were it not true, would stand as one of the great acts of satire of our age. More significantly, if we are assessing his character, he has made millions from giving speeches fleecing more than £275 a second from his audiences. You have to wonder what life changing advice he offers for such a fee. You also have to wonder if the whole point of being Prime Minister is simply to increase your net worth on the speakers circuit. Honour? Please.

Kick in the teeth

People are, rightly, outraged by Blair being honoured when the Chilcot Inquiry showed he clearly lied to parliament in order to fulfill his personal promise to support the American war on Iraq. Stop The War convenor, Lindsey German, rightly pointed out in an interview on LBC that this ‘honour’ comes as Afghanistan, where the ‘war on terror’ started, is descending into chaos with 8 million people starving. She said:

But this story is not just about Blair, it is about an antiquated system of elitism in which every year people whose sole contribution to humanity has been to personally enrich themselves are treated to a day out at Buckingham Palace to kneel before the Royal family. Even somebody like so-called socialist Vanessa Redgrave could not resist the lure of an establishment tap on the head as she was made a Dame, though perhaps my colleague Mike Stanton was correct when he said that maybe she got confused and thought she was being offered a part in a pantomime.

The fact is that these honours are awarded to those who are seen as compliant. That Blair gets his at a time when the entire establishment turned its back on Julian Assange, who revealed war crimes for which Blair bears some responsibility, should remind us that it is not enough to be outraged by one award. It is imperative that we change the entire system.

The honours system has nothing to do with honour or chivalry, whatever its origins; it has everything to do with the perpetuation of an outmoded class system that won’t be changed until done so from below. In the meantime, we should not make excuses for any sports person or entertainer who takes an award. They have sold their soul to the establishment and, far from being honourable, they are shaming themselves. We cannot be a mature democracy whilst we remain subjects, not until we become equal citizens.

2 thought on “Honours system dishonours us all”