Hierarchy Sucks – We Can Do Better 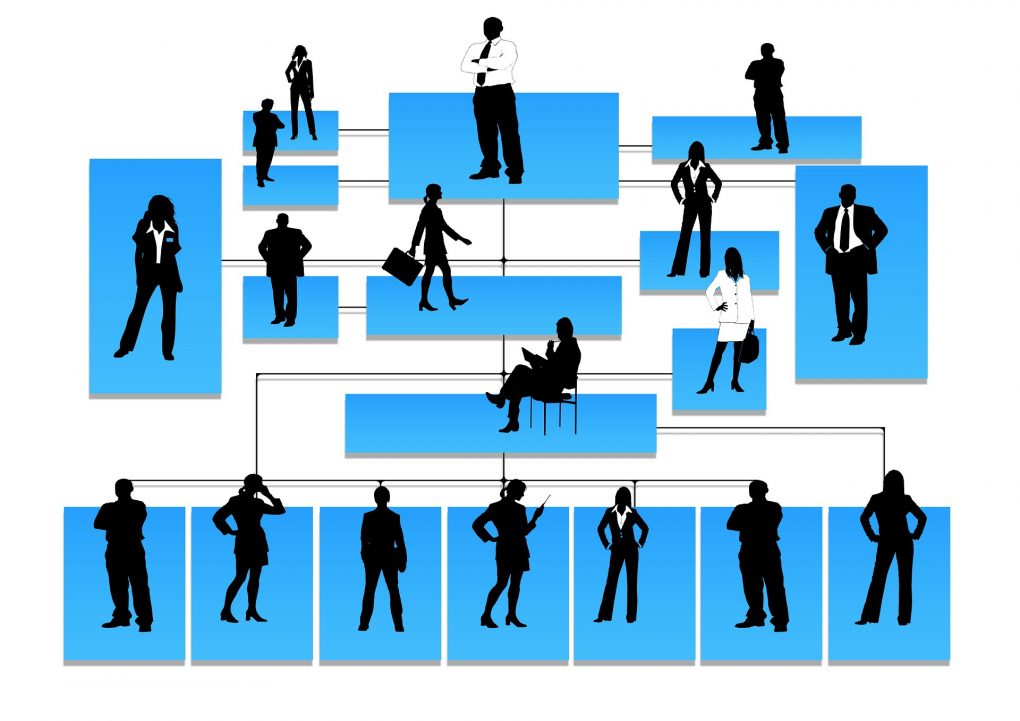 Silhouettes Photo by Geralt on Pixabay.com

Ever thought about why we need bosses? I have and I’ve never been able to understand why we need them. What are bosses for other than to earn more than us and tell us what to do? But we don’t need anyone to tell us what to do, and we certainly don’t need them to earn more than we do! We are perfectly capable of managing our own lives and working together collectively to create real wealth for the common good.

So why do we have bosses? Because it’s a great way for them to maintain control over us and a great way of making us accept that we are worth less than we actually are. Now I guess some of us have worked for an inspirational boss at one time or another. But for every good boss, there must be a least a dozen poor ones. They tend to range from the ones who just aren’t up to it to those who are careerists, desperate to climb the greasy pole, who see each job as a stepping stone to the top, and, of course, some are just downright bullies.

So why do we put up with them? I’m not a psychologist, but it’s not too difficult to see why. We are socialised into it. As children, we look up to our parents – the ‘grown-ups’ who comfort and protect us. Then we go to school and are trained to accept the authority of another grown-up – the teacher.
When we finish education, we are often starting on the bottom rung of the ladder in a large organisation. We accept that those who’ve been there longer than we have have more experience and therefore prestige. So it seems natural that we defer to them. But is it? Respect should always be earned – not taken for granted. You can accept that someone knows more than you and seek to learn from them, but that is not something that requires deference.

The system works well for those at the very top as we saw in the 2008 banking crash debacle. These top bods claim they are special people. Without them businesses and organisations couldn’t be run properly – but… er… were the banks run properly? And were any of the people who caused a global financial crash ever held to account? Didn’t they end up richer? More recently we have seen Peter Hebblethwaite, CEO of P&O Ferries, being ‘grilled’ by MPs over the ‘fire and rehire’ scandal. This guy is the ‘leader’ of that company. Do we seriously think that no one else could have handled it better? I doubt it.

So why do we tolerate these people? – especially when there is plenty of evidence that we just don’t need them. Let’s go back to the start of this century when there was an economic crisis in Argentina. Years of corruption and privatisation led to a run on the banks. While the rich took their money and ran, ordinary Argentinians were left in the lurch, unable to access their bank accounts. Businesses went bust, and, in many cases, bosses just abandoned their businesses, making the workers jobless.

But many of the jobless refused to give up – they took over the abandoned businesses and kept them going. Many are still successful and are still owned as worker co-operatives. Not all successful co-operative businesses start in this way though. The US company W L Gore and Associates is very successful, and it doesn’t have any bosses. Don’t believe me? Then read this article. You’ll probably know the company because it makes Gore-Tex. In fact, the company topped the UK Sunday Times “100 Best Companies to Work For” list for four consecutive years, 2004–2007.

The hierarchy that surrounds us is manufactured hogwash. There is nothing natural or desirable about it. It is maintained because it suits the purposes of those at the top who cream off the wealth from society and require us to accept less as a consequence. Attacks on this system are described as sour grapes or envy – but they would be wouldn’t they? It’s not envy to want social and economic justice and to rid ourselves of a ‘class’ of people who add no value to our lives but benefit from our labour and our acquiescence to their authority.

One of the weaknesses of the left has been its failure to understand the pivotal importance of worker cooperatives. If we want to transform our economy into one that is just, cooperatives are key to that transformation. Everyone is equal. Decisions are made collectively. And cooperatives are generally more successful than private companies, they are rooted in the local community and they don’t downsize or outsource. If you want to find out more about a life free from bosses, a good place to start is the Democracy Collaborative. As they say:

“At the heart of today’s multiplying and intersecting crises is an extractive economy. By its fundamental design, today’s corporate capitalist system takes wealth that would otherwise reside in local communities and concentrates it in the hands of a small elite, while depleting the planet, entrenching systemic racism and shredding our social fabric.”

The beauty of cooperatives is that you can start one anywhere, anytime. You don’t even need a sympathetic government or local authority to do it successfully – although it helps. In the UK, one inspiring example is The Preston Model of community wealth building which was derived from working with the Democracy Collaborative. At a time of low wages and a cost of living crisis cooperatives are more important then ever. So, let’s get cracking! It’s time to ditch our bosses’ hierarchical nonsense and build a better future for all.