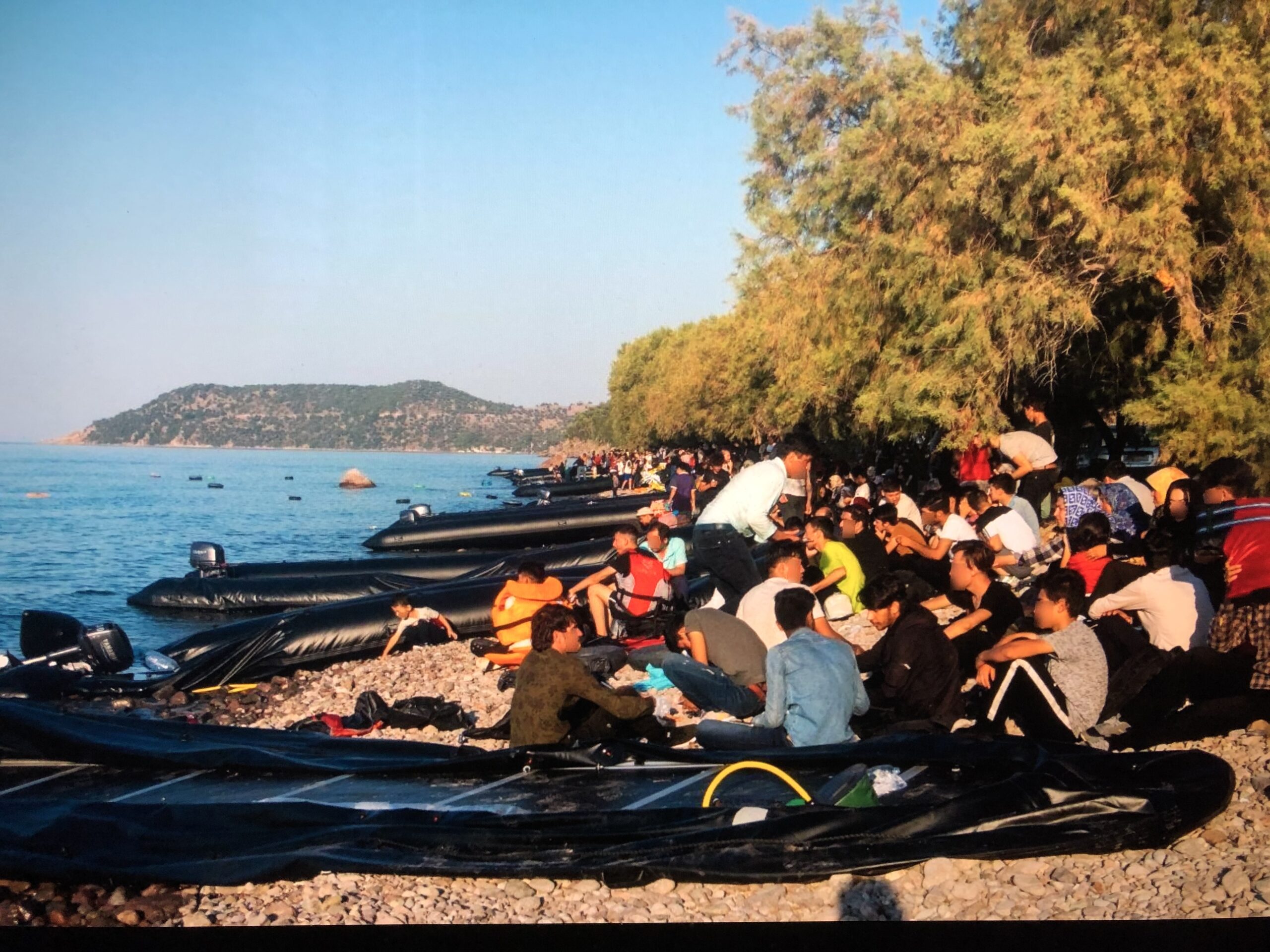 Humanitarian Angels of Greece face up to 25 years imprisonment

AS I write this, the trial in Greece of the latest and growing number (180 and rising) of humanitarian activists charged with criminal offences across 13 European states, has just begun.

After three years of uncertainty, 108 days in detention, and many procedural failings by the Greek legal system, the activists face 25 years in prison for saving lives at sea and providing aid to asylum seekers on the Greek Island of Lesvos, so what exactly did these terrorists of kindness do that has scared the governments of Europe so much so that many face jail sentences longer than for murder?

“We just did what the law demands of all citizens – helping those in distress.”

I should here declare an interest, as these 18 Humanitarians on trial could so easily have included me. In 2018, as CEO of the Kath Duncan Equality and Civil Rights Network, I was invited to Lesvos to support and report on grassroots activism not only within the dreadful Moria Refugee camp, but also the wider grassroots organisations on the island established by predominately young people who had arrived to help, using their own cash.

This was in response to news reports of families being lost at sea whilst fleeing war, and the growing need for practical support for refugees. Greece, like so much of Europe, is awash with bureaucracy and was, even then, not making life easy for those seeking to offer help and solidarity.

Our first objective was to get school books into the camp so that the children could read and learn. The Government had said there was no need for a school for these children as they would only be in the camp a few weeks, but this was far from the reality, with many spending their most crucial learning years inside the camp.

The camp leadership refused us access, while at this time it held 500 orphaned children, many of whom had seen their parents drown at sea and were now caught in a no-man’s land without papers, and some too young to even be able to say where they had come from. Huge numbers of children had been displaced by war, poverty, and the growing impact of climate change. However, the ‘sea angels’ and we at The Kath Duncan Equality and Civil rights Network stepped up to show kindness and offer support to the Greek Government; support which was rejected, forcing us to go underground.

In 2019 I wrote about the work of The Angels of Greece, whose photo was used to create our logo, to highlight another group of young people who had found their own way to help and save lives. By setting up a network on the hilltops, these students would spend 24 hours looking out to sea watching for boats in distress and guiding families and children through the rocky and dangerous coastline to safety on land.

The process with these refugees was, as with most things Greek, never straightforward. After spotting a boat, calls were made to other organisations with an alert of the imminent arrival of more refugees, as these Angels of Greece had no Greek Government approval to process or do anything other than ensure these peoples safe landing on shore. As the word went out, the refugees would be passed along a chain before being taken to a local Government-approved processing centre and then on to Moria and other camps, just the beginning of a humanitarian journey that could take years.

For this act of helping to save lives, the 18 have been charged on a par with people traffickers as the governments within the EU forsake all compassion. Instead, they falsely presume that by criminalising those who save lives at sea, they will reduce the numbers of refugees washing up on European beaches. They either fail to realise or choose to forget that without these young humanitarians it would not be our future NHS workers, scientists, and teachers arriving on their beaches but their lifeless bodies.

Whilst much of the the world has been silent on what are clearly farcical charges, Amnesty International and 47 other humanitarian organisations around the world have called and lobbied the Greek Government to drop them, arguing that the criminalisation of their actions affects many who are involved: civil society organisations and individuals across Europe, including pensioners, mountain guides, priests, young activists, boat captains, and more.

Do what you can to help

This inclination towards criminalisation of those who give food, shelter and solidarity should alarm us all. It’s not just war and poverty refugees are fleeing but increasingly the impact of climate change, a refugee reality which has left the global leadership on the back foot.

As many of us are aware, governments are increasingly misusing anti-smuggling and counter-terrorism legislation to curb solidarity and humanitarian acts. To show solidarity with these activists I would call on you to lobby, tweet @GreeceGov, and email the Greek embassy gremb.lon@mfa.gr to #DropTheCharges. Seán and his comrades deserve our thanks and praise. You can follow their progress on the Free Humanitarians site @FrHumanitarians on Twitter.

We could all so easily find ourselves in the same position and the “kindness of strangers” approach shown to refugees by humanitarians such as Seán Binder and so many others should result in gratitude not a prison sentence.