Germany prepares for the post-Merkel era 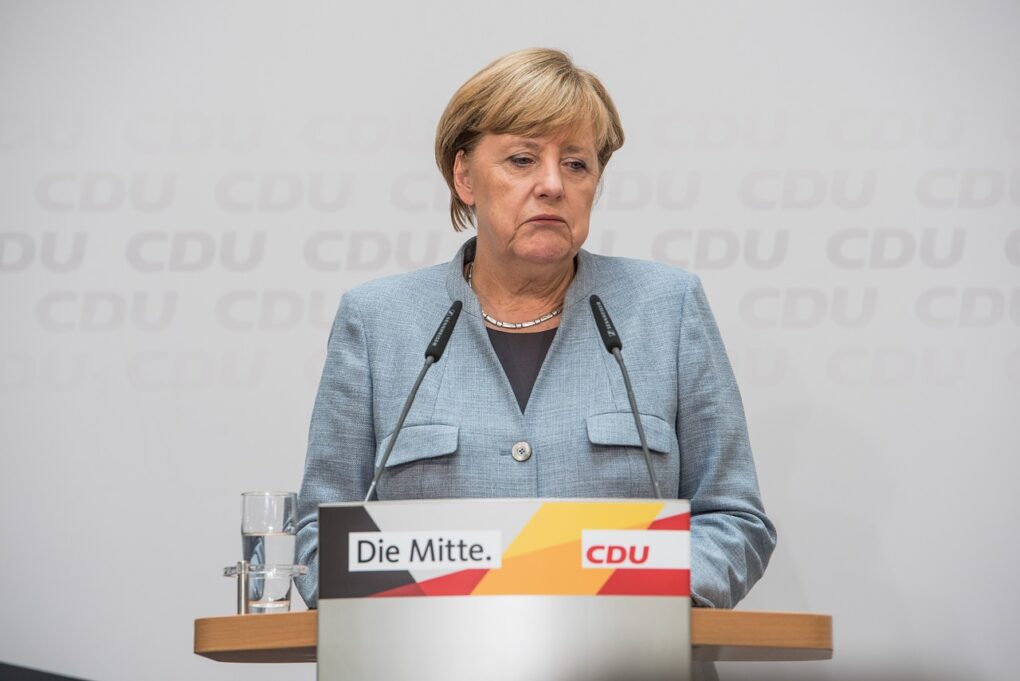 WITH three weeks remaining until the German elections it is worth looking at how Germany has fared under Angela Merkel, current Chancellor (since 2005) and leader of the Christian Democratic Union since 2000, and, in a 2018 survey, found to be the most respected world leader internationally. Merkel is stepping down in a few weeks and for many Germans, and indeed many worldwide, it is the end of an era.

Merkel’s main aim at that time, as Chancellor, was to reduce unemployment and this she did, despite the global financial crisis of 2008. German unemployment fell by half, remarkable when compared to other countries, such as the UK which saw unemployment spiral to an astonishing 8.4% by 2011, and in the US to a high of 10% in October 2009.

Although a conservative party, albeit not as we know Conservatism in the UK, under Merkel’s leadership the CDU/CSU has achieved remarkable things for the German populace, such as abolishing compulsory military service and pushing through Germany’s withdrawal from nuclear energy. Although in strong contrast, she argued for removing barriers to laying off employees and increasing the allowed number of work hours in a week to make Germany more competitive.

Initially Merkel was pro-immigration, for example in 2015 almost 1.1 million asylum seekers entered Germany after Merkel had announced that Syrian refugees could be in the country if they had come through other EU countries. The crowds which turned out to welcome the refugees would have appeared to have borne out the theory that this was a popular policy.

However, the leader of the CSU, Horst Seehofer, attacked her migrant policy, wanting other EU countries to take in more refugees. After a crisis in 2018, with Seehofer threatening to resign as Interior Minister, Seehofer and Merkel agreed a compromise of tighter border controls.

This would surely have been in response to the rise in the number of homeless in Germany. Although homelessness, which has risen by 150% since 2014, is due to more than one factor, for example social housing units have been reduced by 60% since 1990, and there has been a decrease in affordable housing, immigrants have undoubtedly put a strain on housing and make up a large proportion of the homeless.

In the sphere of foreign relations Merkel has always enjoyed good relations with European leaders and did with the USA under both Bush and Obama. When Trump was elected she stated “Germany and America are tied by values of democracy, freedom and respect for the law and human dignity, independent of origin, skin colour, religion, gender, sexual orientation or political views. I offer the next president of the United States, Donald Trump, close cooperation on the basis of these values.”

This changed, however, after the G7 and Nato Summits in 2017 when Merkel said that the US was no longer the reliable partner Europe and Germany had depended on in the past and that  “We have to know that we must fight for our future on our own, for our destiny as Europeans”. While expressing concerns over many of their policies and human rights transgressions, her relationships with both China and Russia have been cool but civil.

It appears, to me at least, that Germany under Merkel has been a country of curious contrasting policies. They have a good state pension, both statutory and private health insurance, with the welcome buffer that, if your income is less than €59,400 per annum, you are automatically insured on the statutory health insurance scheme, and, unlike the UK, this covers both medical and dental treatment, although patients over the age of 18 must contribute 10% of the pharmacy counter price to a maximum of €10 and hospital and outpatient treatments are €10 per day.

Unemployment benefit is also much higher in Germany than in the UK with additional support for those in work but unable to make ends meet. This support is extended to pregnant women, single parents, according to the age and number of children, anyone with a disability who is capable of working, with money for food, in cases of special dietary needs, for water heating, where necessary, and for housing costs (if you are not eligible for housing benefit).

On the other hand, she was in favour of the invasion of Iraq and also supports Israel’s right to ‘defend’ itself against rocket fire from Israel.

Another important issue, certainly to the Germans I have spoken to who are in favour of them, are Germany’s anti-fascist laws. The German penal code prohibits publicly denying the Holocaust and disseminating Nazi propaganda, both off and online. This includes sharing images such as swastikas, wearing an SS uniform and making statements in support of Hitler.

Germany’s hate speech laws ban incitement to hatred and insults that assault human dignity against people based on their racial, national, religious or ethnic background and under Section 130 which criminalises certain types of hate speech it carries a sentence of up to five years in prison. Given their history I don’t find these laws at all surprising and although a fierce proponent of free speech I find myself agreeing with them in principle.

Climate the most important issue for Germans today

However, the most important issue for Germans as they head into the elections, according to surveys, are the climate and environmental topics, so it comes as no surprise that Merkel’s successor, Armin Laschet, has pledged to turn Germany into a “climate-neutral industrial nation” by 2045.

The SPD seek to position themselves as greener than the CDU with policies such as their proposal to cut CO2 emissions, hold manufacturers more to account to ensure recyclable/reusable product design, cheaper rail travel, and better public transport.

The FDP are less ambitious on environmental policies. While committed to the Paris climate deal and achieving zero emissions by 2050, they want to leave the “path to this goal to the inventiveness of engineers, technicians and scientists” rather than mandating interim targets.

So, if the surveys are correct, and the German population has the environment in the forefront of their minds, it would appear that it will be a close-run election between the CDU and the SPD.

A CDU without Angela Merkel at the helm! After 16 years at the forefront of not only Germany, but the world political stage, it will be strange to no longer have the fondly-nicknamed Mutti (mother) Merkel leading what has become one of the world’s most respected countries and the coming months and years will be nothing if not interesting for Germany and for the world. We can only hope that whoever wins the election can also retain the face of stability that Germany shows the world.

*CDU/CSU, unofficially the Union parties, or the Union, is the centre-right Christian-democratic political alliance of two political parties in Germany: the Christian Democratic Union of Germany (CDU) and the Christian Social Union in Bavaria (CSU).  The CDU runs for election in all Germany’s states apart from Bavaria, where its place is taken by the CSU, which only stands in Bavaria.

One thought on “Germany prepares for the post-Merkel era”