Germany: a country in change? 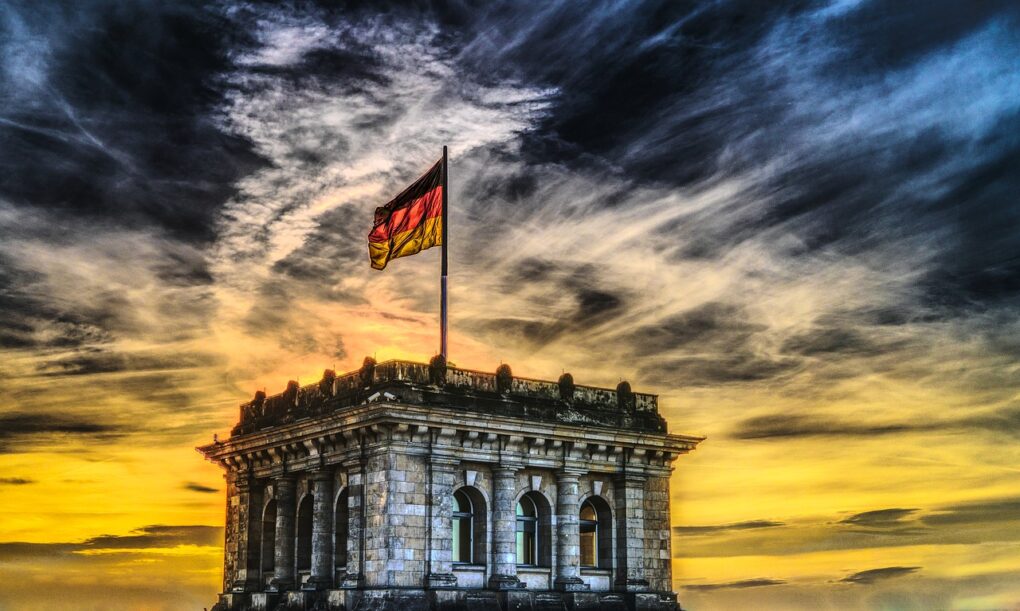 Whilst we’ve been (rightly) distracted with the Labour Conference, the events in the Middle East, the energy crisis and the social care costs, we’ve turned a blind eye to 2021’s most important international election, being held on the 26th September in Germany. I wrote a piece entitled ‘Canada: Lessons for the Left’ in which I rightly predicted that Trudeau would win a third term, although I was incorrect about the majority I thought that he’d win. With my track record still relatively intact, I thought I’d comment on the situation in Deutschland and the aftermath of sixteen years of Frau Merkel.

Firstly, let’s discuss who won’t win. The CDU/CSU alliance has been in office now since 2005 under the leadership of Angela Merkel, who has been described by The Week as ‘the most powerful woman in the world.’ She united the CDU (Christian Democrats), her centre-right conservative party with the SPD (Social Democrats), their biggest rival, and the CSU, the Bavarian Christian Democrats. Through austerity, Merkel rolled the dice and struck lucky, saving Germany’s economy and essentially breezing through the 2008 Global Financial Crisis. Merkel was seen as having led the strongest economy in Europe, and therefore had to act on behalf of the ECB to ‘save Greece’ when their national debt ballooned. Merkel’s plan was to cut Greece’s pensions and public services, and to therefore save the Eurozone, which she did, with huge pushback from the Greek people through the election of SYRIZA in 2015. This established her position as ‘Mutti’, or ‘Mother’, in Germany. To her credit, she accepted hundreds of thousands of refugees from across the Middle East and Africa during the 2015 migrant crisis. That was until attacks by immigrants reversed public opinion, which never really left her, and in 2017 the emergence of smaller radical parties took away the CDU/CSU’s vote share. In late 2018, she announced her resignation at the end of her 2021 term and this led to the election, being held now.
The CDU has chosen Armin Laschet, a thoroughly old-school CDU politician, of the Merkel clan. He is supportive, if a little wary, about tackling climate change, endorses the European Project, accepts refugees as German citizens, supports Israel, is trying to strengthen international agreements and is a comrade of Merkel on most other issues, including gay marriage. Laschet is now seen as widely the wrong choice, who has tanked Merkel’s steady poll positions and looks set to lose the Election. At this moment, the CDU/CSU alliance stands at just 21% in the polls, whereas at the beginning of this year they polled consistently at around 37%, able to win a clear majority.

Who’s in the lead

So, who’s in the lead? The SPD was established in 1863, at a point in which they were a Marxist organisation advancing workers’ revolution, at a time when they could boast Karl Liebnecht and Rosa Luxembourg as members. The modern SPD are, in many ways, New Labour as its own political party. In fact, David Owen’s 1981 breakaway from Labour, the SDP, cited the SPD as an inspiration, a strange move considering that they were part of a coalition ruling communist East Germany at the time. Where are they politically? They are being led into this election by Olaf Scholz, current Vice Chancellor and Minister of Finance in Merkel’s coalition. Their policies are practically the same as the Blair-era Labour Party, entirely committed to the EU, concerned for peace abroad (slightly violated during the Blair-era, of course), having a tough but compassionate welfare state and environmental protections.
The funny thing about the SPD is that they were never really meant to be in this position. It’s completely alien to them, and they’ve only just started to get their heads around the fact that now they are going to end up leading a government, probably free of the CDU. They now lead in the polls by somewhere between three and five percent, and it looks like a social democratic Germany could be on the rise, and the fall of Merkelism may be on the way.

I have to attest, that’s not the most interesting thing about this election. It’s this: although it’s now clear that the SPD will probably win, they’ve not had too much screen time. It’s all gone to the Grüne Union, or the Green Party. They emerged in the 1970s from the environmentalist, anti-nuclear and hippie movements, which still have active elements today. They disrupted the German Parliaments of the 80s/90s, the non-professional, rugged environmentalists famously knitting in sessions of the Bundestag. However, gone are the days of the left-ish socialists, now is the time for the managerial, liberal democratic right, led by the current leader Annalena Baerbock. Baerbock has moved the party on a rightwards trajectory, moving towards a Green New Deal and denuclearisation on an EU-wide level.
Climate change is undoubtedly the most important issue of this Election, and the Greens have naturally capitalised on that factor. However, the Greens have shown themselves to be moderate, Keynesian petit bourgeois pragmatists, very much in the Trudeau vein. They are approaching the climate crisis from a neoliberal individualist perspective, not radical but not conservative. The generation that was born slightly before Merkel’s rise have lived their lives within the neoliberal confines of the CDU’s ideology, and see the Greens as a radical alternative. However, they still see the market as a reliable way of delivering climate justice, and the evidence says otherwise. The Greens have, to their credit, been on the left on some issues, and they are our comrades in this regard, and I’d like to see them included in a coalition.

Freie Demokratie is a party which, whilst relevant, is a parallel of the Liberal Democrats in this country. They’re small state but relatively socially progressive, and they consistently take away votes from the CDU and SPD. They consist of three factions, rich small state libertarians, protest voters and the middle class social liberals, hence they are quite progressive on certain issues, but are unequivocally committed to capitalism. They are unpopular for their 1950s-era opposition to deNazification, and their support of former Nazi war criminals, even accomodating former Nazi army people, not the most progressive of positions, of course. To their credit, they have apologised for these injustices, and now support gay marriage, cannabis legalisation and minority rights from a right-wing libertarian perspective. They stand little chance of winning this election, but may form part of a CDU-SPD-FD coalition in a worse case scenario.

Die Linke is the party which I am supporting in this election. Left-wing, populist and Eurosceptic, they are left anti-militarists supporting a democratic socialist transformation of the economy. They are controversial for forming part of the party which ruled East Germany, alongside the SPD, from the 1940s-1990s, and have communist elements, but are what can best be described as Corbynistas on the whole. They stand a good chance of forming part of a coalition in this election, alongside the Greens and the SPD. They support workers rights, a universal minimum wage, opposition to a new Cold War, increasing government spending, progressive taxation, a ban on fracking and a socialist solution to the climate crisis. All of this in mind, they can be quite supportive of Israel and dismissive of actually existing socialist nations. They have come under fire for radical communist politicians being publicised, with the security services actually surveilling these politicians for ‘revolutionary tendencies’. Still, they are the best thing on offer in this election, and good socialists should probably throw their weight in behind them.

Finally, there’s the controversial party. The Alternative for Germany (AfD) was born in 2013, widely conceived to be the right’s answer to Die Linke. They are the only party committed to leaving the EU and fighting Islam, which they perceive to be a threat. They actually have politicians who have embraced neo-Nazi groups, and are partly responsible for Merkel’s fall, as their rise in the 2017 election left Merkel without a majority. The AfD was founded to be a national conservative party in the make of Trump, but the party was seized by neo-Nazi extremists, the opposite of what happened with Die Linke. All major parties have juxtaposed themselves with the AfD, however there is a fear that if we dismiss them too much, they will gain traction and ground in working class communities, which is never a good sign, and the left must respond.

So, what will happen? I predict that the SPD will win and will form a coalition, if acceptable, with the Greens and Die Linke, Red-Green-Red. This is the only option for a German nation which has been beaten down by generations of neoliberalism and the European Union. Socialism is Germany’s only option, and Die Linke represents that. Workers unite for a socialist Germany!

2 thought on “Germany: a country in change?”