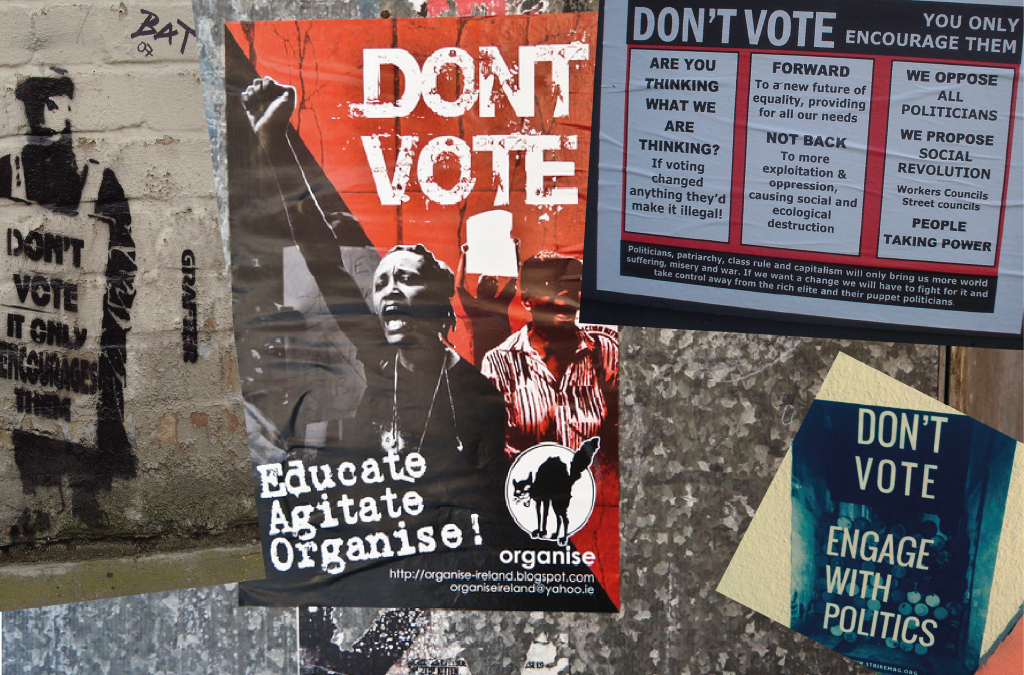 So, once again, France has escaped the clutches of a Le Pen. Since 1974 either Marie or her equally odious father, Jean-Marie, has been vying for the position of French President. Jean-Marie’s best showing was in 2002 when he lost, massively, to Jacques Chirac. In 2002, 80% of voters turned out, the vast majority to stop Le Pen. Twenty years later turnout was just 72%, the lowest since 1969, and over 3 million people spoiled their ballots rather than vote for either candidate. But, Marie got over 40% of the vote compared to her fathers 17%. What has changed?

Marie Le Pen, whose politics are as obnoxious as her father’s, is a more canny politician. Relying less on fiery rhetoric, she has the same anti-immigrant message, but wrapped in finer clothes.

That turnout figure though shows that voters not only saw no substantial difference between Macron and Le Pen, but a widespread disillusion with the electoral system itself. This conclusion is supported by a 2021 poll of 53,000 people in 53 countries. In this research 53% of people around the globe felt that there was too little democracy, with 64% citing economic inequality as the main threat, along with a feeling that democracy serves only a minority.

Whilst Le Pen homed in on these feelings, many French voters expressed their dissatisfaction with the electoral system by not voting at all. For any system to survive, it must have one of two things. Number one is legitimacy. Democracy has to appear to offer real choice and a real possibility of ‘progress’. Failing that, a system can only survive by sliding into authoritarianism, where freedom of speech is severely restricted and democracy, as much as there is anything resembling democracy, becomes a plaything for a powerful elite to ‘legitimise’ their own corrupt practices.

AlJazeera talked to some electors prior to the first round of voting and, whilst not representative, their views make interesting reading. Julie, a 26-year-old graphic designer, said she is ambivalent about the election. “It’s not that I haven’t paid attention to it, but more that there are more important things happening right now such as climate change,” she said. Julien, 51, a computer scientist, said the campaign practically ignored the “small” candidates who had polled very low.

“There has been a real predominance of the big candidates,” he said, standing in front of a polling station. “We have heard little or nothing from the small candidates, except during the last week of the campaign.”

Most of the French newspapers call low turnout ‘absenteeism’, pointing to a deliberate act by voters who make a conscious decision to not vote, rather than in the UK where it is usually referred to as ‘voter apathy’, suggesting that people just can’t be bothered. The big question, of course, and one that is rarely addressed is why people feel that their vote is not worth casting?

It’s important to remember that most people are only tangentially engaged in politics, if at all. A 14 country research project by the Pew Research Centre found that, whilst 78% of the people they spoke to voted, very few did anything beyond that.

Most people are more likely to be focussed on simply living their lives rather than worrying about where the world is heading.  They, of course, know the big stories as relayed to them by the mass media, but their interest is mediated by their seeming inability to shape things their way. This is why it is interesting to note that so many people cite economic inequality as the reason why democracy is failing.

Let’s be honest, the majority of people are not living in poverty. It has been estimated, by the World Bank, that about 9.2% of the world, or 689 million people, live in extreme poverty on less than $1.90 a day, which is an incredible number of people, but still a minority. The vast majority of people, are not in those circumstances, though many are too close for comfort. But, whilst many people may be temporarily broke, for most, in countries such as France or the UK, poverty as such seems something that happens to others.

The Institute for Fiscal Studies (IFS) published research last year that suggests that whilst a large and stable majority of people, around 80%, say they are worried about inequalities, there is no consensus about the way to deal with it. About  a third put it down to individual fecklessness, a third to structural issues and a third to some combination of both.

The issue, however, is not so much whether we think poverty is a result of individual fecklessness or of structural issues, but whether we think that it is something that might affect us personally, and also, in the light of election results which seem to be driving us to the right, whether we believe that voting is an effective way of doing something about it.

This week the Financial Times reported:

At a time when inflation is being largely touted to reach anywhere between 7 and 9% this year, and even in France (where they riot if their wine increases by a single cent!), it is expected to almost double from 1.9% to 3.7%, people not only think that their finances are being pushed, they know that they are, and they often feel powerless to do anything about it.

The Electoral Commission found in a recent survey that the number of people who felt that they had a great/fair influence on politics and public affairs halved from 22% in 2020 (pre pandemic) to 11% in 2021.

Explaining any election is difficult because there are simply so many variables at play. Why people do and don’t vote is complex and rarely just the result of one factor. But it is important, as socialists, to take a detached view of what is going on. For many people, including those on the left, politics begins and ends with elections and, in particular, national general elections (or in the case of both France and the USA Presidential elections). These events are important but they are not the be all and end all of social life.

At the current time there is a gathering storm of political dissent but it has not yet found its expression as a unified opposition to a system more and more people are turning their backs on. Not voting is an expression not of apathy but of disillusion with a system which people in most countries do not feel is there for their benefit. In some ways, it has to be said, those people are way ahead of the average person on the left who continues to express a naive belief in the electoral system to deliver meaningful change. The electoral system, whether in the UK, France, the USA or any other of the so-called democracies, gives people a choice between an increasingly narrow selection of candidates. No wonder people feel that the electoral system is there for the benefit of anybody but them. And this, incidentally, tends to be the case whether the system is first-past-the-post or some form of proportional representation (see my article in Critical Mass here).

What does all this mean? Far be it from me to tell people not to vote in elections, but, if you are voting, be aware that the widespread, and cross border, disillusion with the system is not simply apathy but rooted in a real problem with a system whose main function is to give legitimacy to an economic system which is based on a divide between rich and poor.

It is that economic system’s failure to deliver more equality (not even equality as such) that is behind the malaise of the democratic system that is parasitic upon it. And, to be clear here, it is not that people have suddenly become overly concerned about those worse off than themselves, but that suddenly (or not so suddenly because it is actually a long-term issue) they find themselves seeing a real possibility of sinking below what, to them, is an acceptable level. It is not just that bills are rising (though they are) but that we have been conditioned into using credit to buy now what we should probably wait until later to acquire. Debt is not a problem when you can balance your personal books each month by robbing Peter to pay Paul. But when Peter has no money, then there is a good chance Paul is not going to be that happy. It is this situation that is fuelling the current disillusion with the system. To date this has been focussed on immigration, the European Union (in the UK particularly), the Tories (or their equivalent). But as living standards fall and opportunities for advancement decrease then people will start asking what kind of system is this? That is the point at which socialists may find they have an opening to discuss exactly what kind of system it is and to start a conversation on a much larger scale than we are used to about what kind of system would solve these issues. And for that to happen, Mike Stanton is absolutely correct, “We are very much building from the bottom up”.