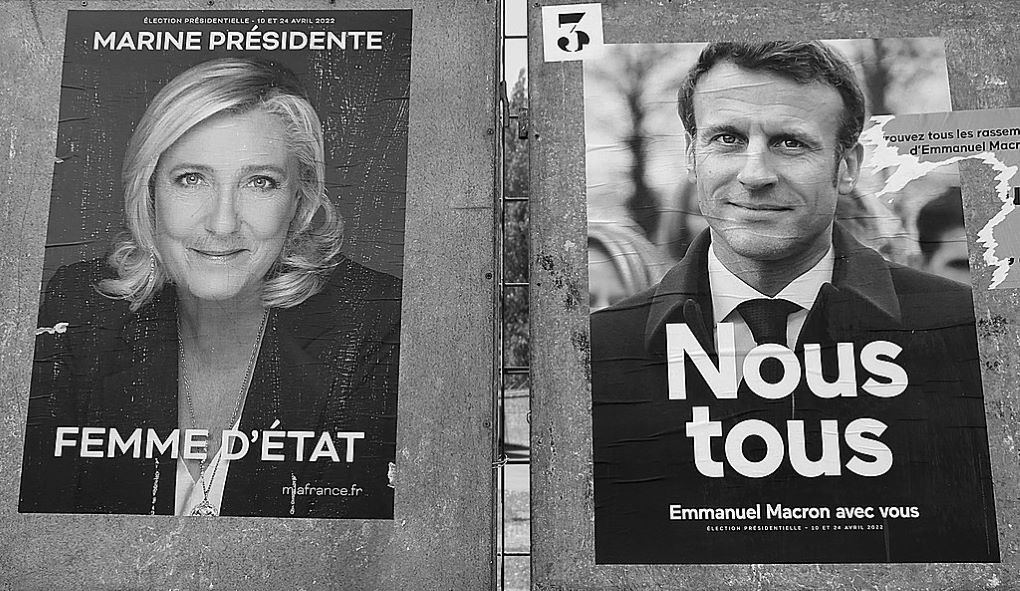 The French presidential elections have come down to this. Macron from the centre right and Le Pen from the far right were competing to rule a country with a long history of rebellion and revolution from the left. The exit polls suggest that Macron has won on the lowest turnout since 2002, while Le Pen has achieved her best result to date. Macron won 58% of votes, according to the projection from Ipsos, Le Pen got 42%.

For many years French politics were dominated by the Socialists on the left and the Republicans on the right. The Socialist Party reached an all time low of 2% in the first round, coming tenth out of twelve behind the Communists and the Greens. The only parties to do worse were two fringe parties of the far left. The Republicans fared little better with 5%, finishing fifth behind the openly far right candidate, Zemmour, who polled 7%

The only left candidate to make a decent showing was Jean-Luc Mélenchon, who improved on his vote in 2017 to finish a very close third behind Le Pen in the first round of voting. Melenchon leads a breakaway party that split from the Socialist Party in 2008 and has tried to build electoral alliances “outside of party politics” with other left parties and groups. The latest and most successful attempt has been La France Insoumise (LFI, “France Unbowed”) which he founded in 2016. Its platform is anti-austerity and for workers rights. It wants constitutional change, reform of the EU and is opposed to NATO.

While all socialists must be relieved that Le Pen has failed, we can draw little comfort from the result. If the Greens or the Communists had got behind Mélenchon he would have beaten Le Pen and faced Macron in the run off for the presidency. But, by the same token, if Zemmour had stood down Le Pen would have topped the poll in the first round. The evidence from this election suggests that there is an electoral majority for right wing politics in France. The left is divided, and the far right continues to grow. The next big test for the left in France is the legislative elections in June to elect the 577 members of the 16th National Assembly.

Lessons for the UK

What lessons can the UK left draw from this election? Our own establishment parties, Tory and Labour, are unlikely to experience the same rapid collapse as the Republicans and the Socialists in France. The Tories have adopted similar right wing populist policies to Le Pen and Zemmour, albeit without a comparable attempt to appeal to the victims of the cost of living crisis. The Labour opposition are more concerned to distance themselves from Corbyn than they are from Johnson.

Johnson probably has more in common with Le Pen than with Macron. Starmer has more in common with Macron than with Mélenchon. Neither Corbyn nor the Campaign Group of Labour MPs look like launching a new party to the left of Labour, and the rest of the left is too fragmented to fill the gap. Our own council elections in May might signal the emergence of a left alternative, but I find that unlikely. Our best option is to involve ourselves in all the extra-parliamentary activity, movements, strikes, protests and demonstrations. We can still use elections to build support for action. But we are very much building from the bottom up.

One thought on “France Re-elects Macron”