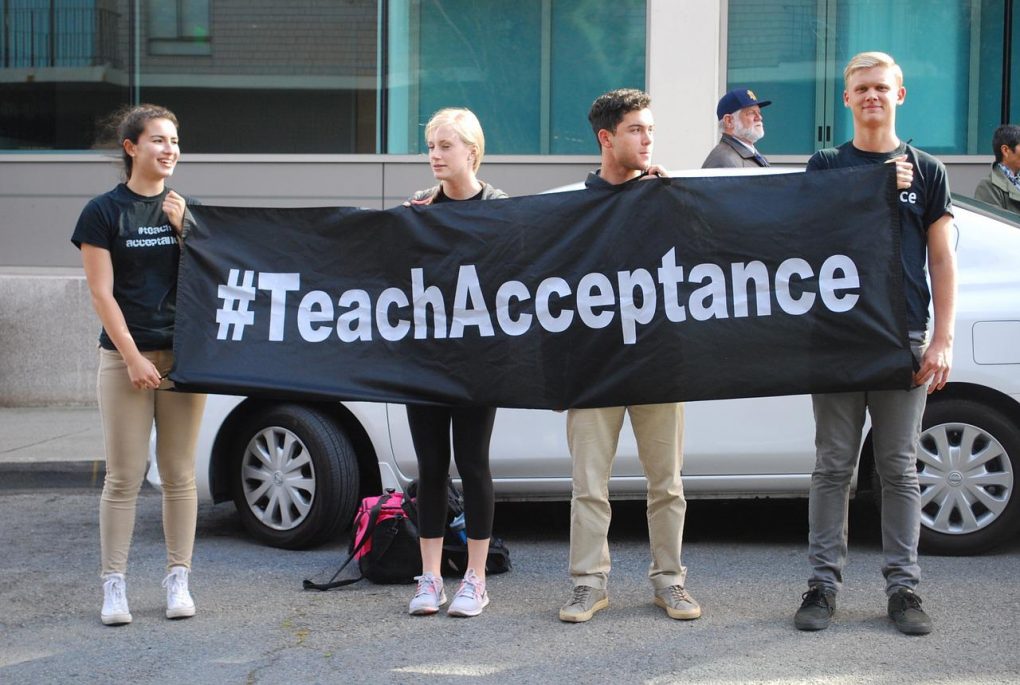 Today, as I write this, its May 17th, the International Day against homophobia, transphobia, lesophobia and biphobia (#IDAHOBIT2022), and I’m reading about Jake Daniels, the 17-year-old Blackpool footballer who has come out as gay. Daniels is the first UK footballer to do this since Justin Fashanu in 1990, and his announcement has been greeted with an overwhelmingly positive reaction. The Guardian reported on the praise and support he has received from players, ex-players and pundits:

“Massive credit to you and the way your friends, family, club, and captain have supported you,” wrote the Tottenham and England forward, Harry Kane. “Football should be welcoming for everyone.”

While it’s good to see the backing Jake has had, we should be asking why in 2022 does anyone need to do this? Why indeed is it headline news and is it really of such interest whether anyone is gay or not? It was much more difficult for Fashanu thirty years ago and his life ended tragically with suicide in 1998 after he was accused of sexual assault.

While we must hope that Jake’s bravery in coming out will have a positive effect and encourage others we know that the LGBTIQ community remains under attack, and is suffering from a lack of government support in the UK. Whilst the Tories announced in the Queen’s speech a bill that would ban conversion therapy for gay people they failed to also include a conversion ban for trans people despite the fact that they had promised to do so.

The recent exposure of the pending Roe v Wade supreme court decision to ban abortion in the USA has sparked fears amongst the LGBTIQ community that they will be the next target with a ban on gay marriage. In Hungary LGBTIQ citizens have been under attack by the Orban government which has tried to conflate homosexuality with pedophilia. In April the government held a referendum which asked voters whether:

“they supported four things: the ‘teaching of sexual orientation’ in schools without parental consent; the ‘promotion of sex reassignment therapy’ for children; the exposure of children to ‘sexually explicit media content’; and showing ‘media content on gender-changing procedures’ to minors.”

After a campaign by LGBTIQ groups and NGOs the referendum was declared invalid becuase 1.6 million people spoiled their ballots and, as a result, less than 50% of voters cast valid ballots. Whilst this is a notable victory for the community, the referendum was only called to back up an anti-LGBTIQ law that had already been passed.

In recent times, trans women have been a particular target for abuse and attacks on social media, and gender critical ‘feminists’ have been actively campaigning against trans women being regarded as women. There is clearly some confusion between biological sex, male and female, and gender, women and men, the former is biology, and the latter being a purely social construct is about gender. The key problem here is the toxic nature of western culture which, although many like to regard it as fair and even sophisticated, is narrow minded, backward looking, and causes real harm to individuals and communities.

The indigenous people of America celebrated five genders in their societies. Instead of a dichotomy of male and female, they had a spectrum:

Not only are the gender concepts of these indigenous peoples much more sophisticated than our own, there was no prejudice directed at people who were not of the male and female genders or were homosexuals.

I wish Jake all the best and I hope he has a successful career. As for the inadequacies of western culture and the hate directed at people who do not conform to our narrow-minded view of humanity in terms of sexual orientation and gender, I’m not holding my breath. But, like many others, I’ll be working to build a better society where individuals of all genders and sexualities are respected and accepted as equals.