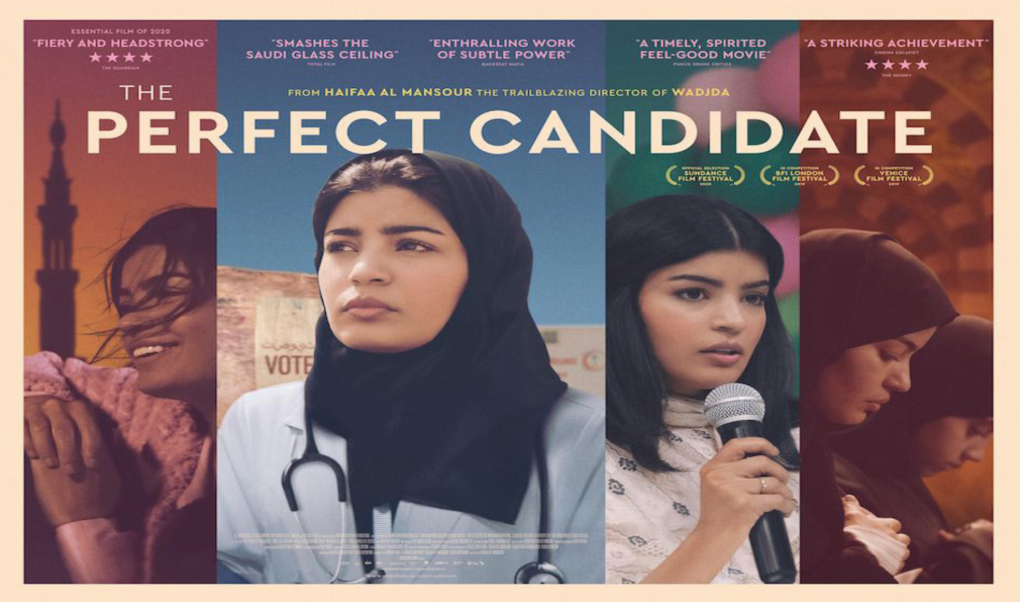 A WOMAN in Saudi Arabia cannot travel without permission from her male guardian. That is the lived reality for women in a state in which patriarchy is not just something to be studied as part of a sociology course.

Hence ‘The Perfect Candidate‘ (2019) was a surprise nomination for the Academy Awards from Saudi Arabia. The film centres on the life of a young female doctor Maryam Alsafan (Mila Al Zahrani) who has two wishes in life: to move to a better hospital in Riyadh and to get a decent road built in front of the local hospital where she works.

On her way to a conference in Riyadh, Maryam is thwarted because her travel permit is no longer valid. Unable to track down her musician father (Khalid Abdulraheem) who is busy pursuing his dream of being a professional musician, she ends up in the office of her cousin (Ahmed Alsulaimy) who is busy organising elections to the Municipal Council. In order to get into his office she signs up as a candidate.

Assisted by her sister Selma (Dae Alhilali), Maryam finds herself as the only woman candidate in an election where she is not even permitted to be in the same room as the men whose votes she seeks. Ostensibly promoting the new road she inevitably gets drawn into the complex gender politics of a state undergoing a very slow process of liberalisation and in which fundamentalists still hold sway in many sectors of public life.

This film from Director Haifaa al Mansour (whose previous credits include Mary Shelley, 2017) is an eye opening account of everyday sexism in Saudi Arabia. Despite some liberalisation of their laws, women are still very much second class citizens. But, for all that, what comes through is the good humour and solidarity of women who, whilst rooting for Maryam, are going to vote for whoever their husbands tell them to.

This film has been described as ‘feminist’ which, in its gentle cry for reform, it is. But it struck me as a film that is very much about the human condition. Whilst it centres on Maryam and her accidental ascent into politics, there is a sub-plot of her father’s thwarted ambitions as a professional touring musician. It is also interesting to note that, for all the inherent sexism of the society, most of the men whom Maryam asks for help are only too willing to give it.

I enjoyed watching this film and found the main characters engaging and likeable. The film certainly shines a light on Saudi society but without ever preaching or appearing all-knowing and it is better for it. If you get the chance and you don’t mind subtitles (or don’t speak Arabic) then this is well worth checking out and, if you don’t end up rooting for Maryam, then you probably have a very hard heart indeed.