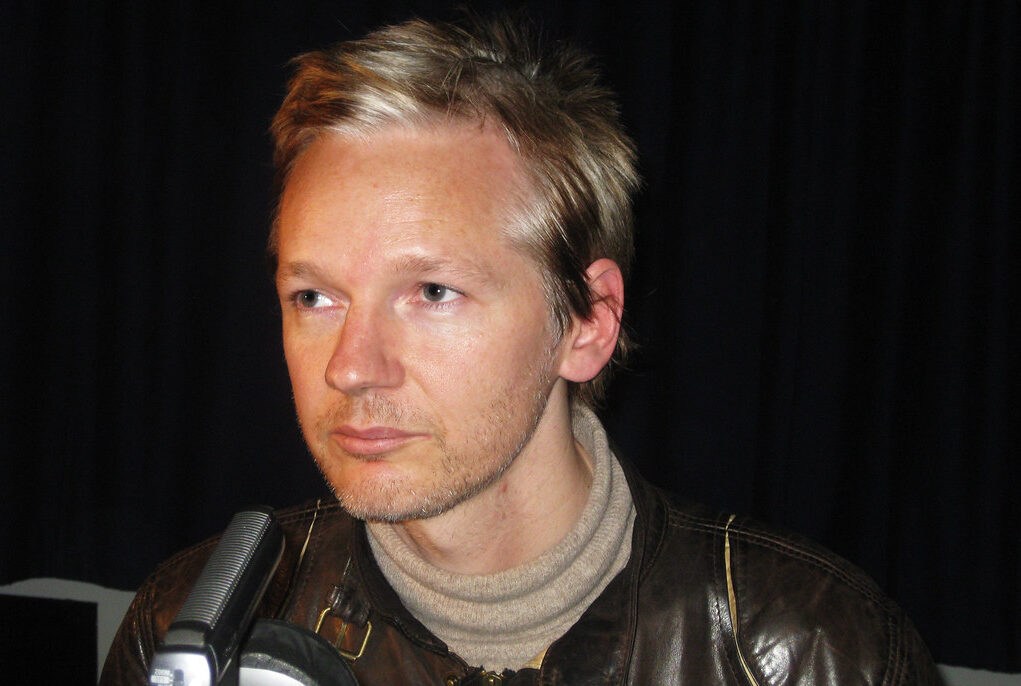 AS NEWS that Julian Assange suffered a stroke whilst waiting to hear whether he could be extradited to the US became public, the fight to gain his freedom gained momentum. A crowdsourced fund has been set up to support his appeal and a number of petitions have taken off in recent days.

Julian’s fiancée Stella Moris revealed that, as the High Court case opened on 27th October, Julian suffered what she described as a ‘mini-stroke’ brought on by the stress that he has been placed under. She fears that the ruling of the High Court on Friday could result in a major attack, giving the absolute lie to the High Court’s perverse decision that his life would not be threatened by being held in a maximum security American prison where he faces a 175-year prison sentence.

Ms Moris told the Mail On Sunday: “I believe this constant chess game, battle after battle, the extreme stress, is what caused Julian’s stroke on October 27… he was in a truly terrible state.” Who can doubt it? Julian has been held at HMP Belmarsh since April 2019.

The prosecution against Julian Assange has been declared an existential threat to press freedom worldwide by the campaign group AssangeDefense.org . Leading civil liberties groups, including Amnesty International, Reporters Without Borders, ACLU and Human Rights Watch have called the charges against Julian Assange a “threat to press freedom around the globe.” Journalist unions, including the National Union of Journalists and the International Federation of Journalists, have said, “Media freedom is suffering lasting damage by the continued prosecution of Julian Assange.”

Notably, the Guardian newspaper which has run a vicious, personalised campaign against Assange, is not joining this call. In May 2011, the paper reported that it had won two prestigious awards at the Newspaper Awards, the judges describing the website’s WikiLeaks coverage as a ‘jaw-dropper’. Yet it is strange that the same paper gave space to ‘feminist’ Suzanne Moore to write a nasty opinion piece in which she lambasted Naomi Wolf for defending Assange with the following words:

Still, everyone seems to lose their heads around Assange. I picture Bianca Jagger washing his feet with her tears soon. Wolf actually compared him to Oscar Wilde. The similarity is that they were both in solitary confinement.

In 2017, as the rape allegations against Assange were dropped, the Guardian’s feminist writers couldn’t let a small matter of not having a legal leg to stand on prevent their wit from running forth. This from Marina Hyde:

The fact that Swedish prosecutors have now dropped their rape investigation into Assange shows just how right the WikiLeaks founder continues to be about this matter, and how he remains a beacon of hope for other radical feminists seeking to wait out the efforts of justice in a diplomatic space with only the likes of Nigel Farage, Kathy Lette, John Pilger and Yoko Ono for occasional company. (In many ways, I always felt Assange’s Ecuadorian embassy guest list was in itself an alternative form of justice. But is it scalable? Probably not.)

Nils Melzer is a United Nations Special Rapporteur on Torture. His book ‘The Trial of Julian Assange’ (due to be published in the UK in February 2022) is a meticulous and academic exploration of the facts around the Assange case. In it he alleges that in all four states involved, Assange has faced grave and systematic due process violations, judicial bias, and manipulated evidence. He has been exposed to constant surveillance, defamation and threats. In particular, the rape allegations which have been used by some on the left to distance themselves from him are shown to have significant violations of due process.

As Melzer reported in April 2021 in an interview with FQExtra:

With the Swedish case, everyone is convinced Assange is a rapist, and he has not even been charged. It took the Swedish Prosecution almost a decade to find out that they had no evidence not only to convict him, but even to charge him of any crime whatsoever. They officially admitted that, but everybody is still talking about the Swedish case as if he were a rapist.

There are a number of petitions currently doing the rounds in support of Julian Assange. This is a link to one from Amnesty International calling on the USA to drop all charges against Julian. Meanwhile, Stella Moris has launched a crowdsource appeal to raise funds for Julian’s appeal. You can find that here.

The case of Julian Assange reminds us that justice is conditional. If you challenge the state, then it will use all the tools at its disposal to send a lesson to others. That so few journalists felt this was a threat to them, and that so many turned their back on somebody who had been responsible for bringing to light serious wrongdoing by the military, tells us much about the profession. As Nils Melzer puts it:

I was convinced Julian Assange had been deliberately persecuted and kept in a legal limbo in Sweden, in the US, in the UK and everywhere to put him under pressure and to make him crack. It was done very publicly, in order to make an example of him, to scare other investigative journalists. The message was: “If you expose our dirty secrets, this is what is going to happen to you, and no one can protect you. We can violate your rights every day the way we want and no one can do anything about it.”

Correction: an earlier version of this article said ‘In 2017 as rape charges were dropped. In fact, no charges were ever brought and the investigation was dropped. I am happy to clarify this poin.