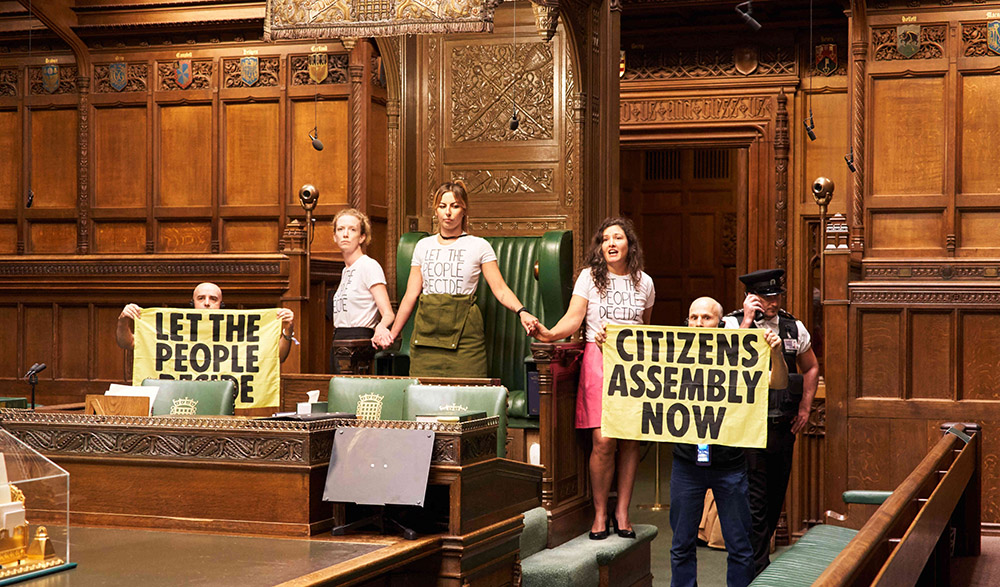 EXTINCTION REBELLION have launched an exciting and innovative new campaign with the aim of raising the issue of climate change throughout the UK.

Their Change is Now Tour, will stop at more than 60 towns and cities including Bangor, Bournemouth, Dublin, Cardiff, Manchester, Bristol, Inverness, Carlisle and Durham.

A spokesperson for the Change is Now Tour, said: “Our political systems are out of date, out of touch and can’t cope with the crises we face, focused on divisive debates rather than coming together to solve real problems. It is clear that the collective intelligence and common sense of ordinary people can help us to face the real world far better than our lobbied, biased, corrupt politicians.“

The people’s assemblies will discuss, “How might we respond to the crisis we face together?” encouraging people to share knowledge and experience of taking action together to create change, as well as consider community-based solutions to the climate, ecological and cost of living crises and discuss how they intersect.

The tour will run until at least October 13th, culminating in a day of action in London on October 14th.

Extinction Rebellion also officially launched plans to bring at least 100,000 people out onto the streets to take prolonged action together in Spring next year.

This tour comes at a time when extreme weather events are becoming more and more common. The hurricane in Puerto Rico, the typhoon in Japan and the earthquake in Taiwan being the latest examples. In Pakistan, which faced a heatwave earlier this year, devastating floods in which thousands have died, half a million have been displaced, and nearly half the country’s crops have washed away, is just the latest disaster to hit.

Whilst the media talk about climate change, politicians also continue to do very little but talk. In Europe around a third of those sampled for the Eurobarometer poll in 2019 put the fight against climate change as the most important issue for MEPs to address. In the most recent poll in Summer 2022 it had fallen to fourth behind cost of living (34%), energy supply (28%), and the international situation (28%)

Whilst it is understandable that people are concerned about the cost of living and rising energy prices, it is essential that we do not allow the climate emergency to drift out of sight. The fight for a socialist future is not separate from the fight for a planet to build that future on.