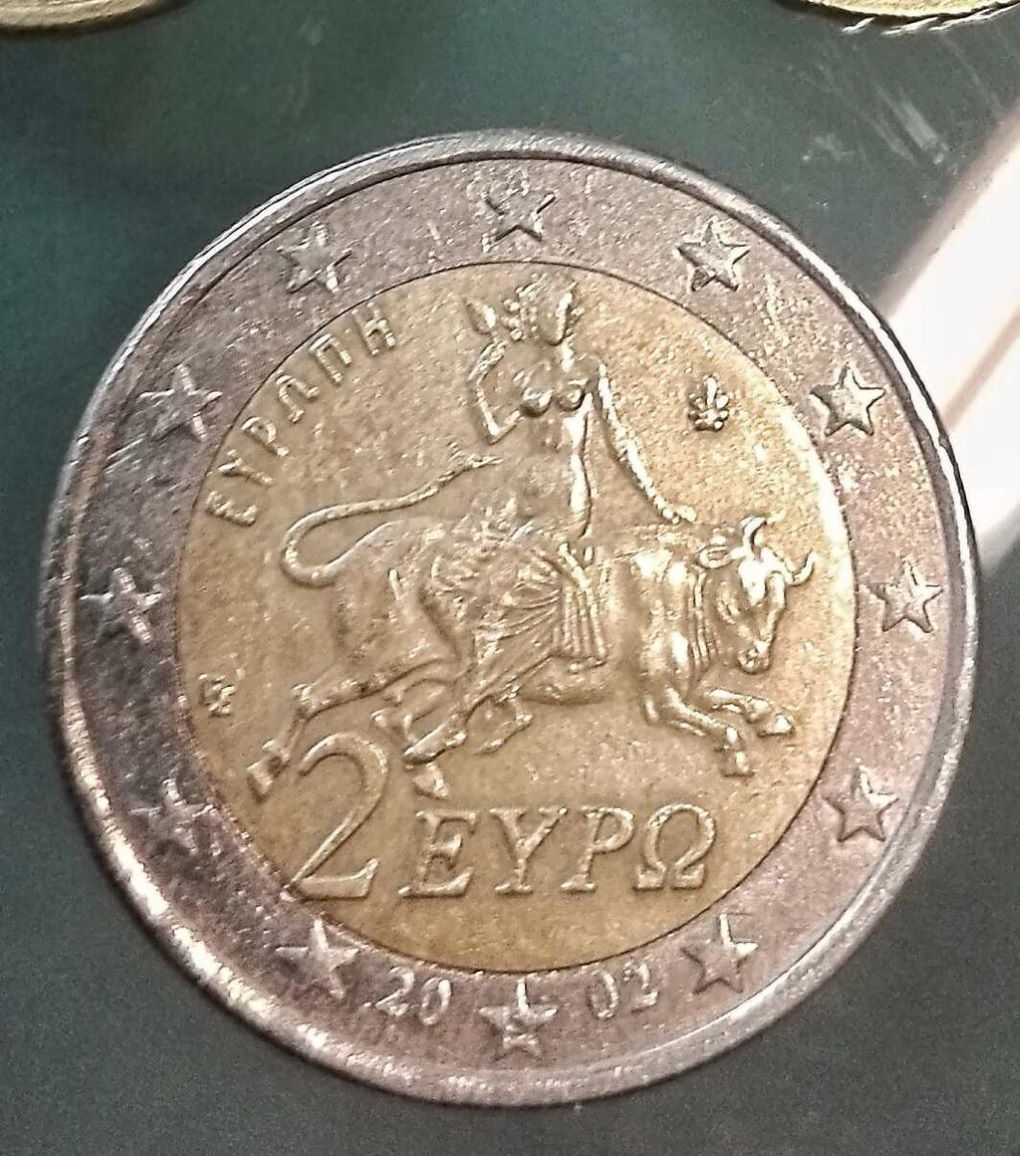 In a story as old as Europe itself the ruler of the Greek gods, Zeus, took a fancy to a young woman in Sidon, a place that endures today as the third largest city in modern Lebanon. Zeus appeared before the unfortunate woman in the form of a magnificent bull. She climbed onto his back, and he swam across the sea to Greece where he either seduced her or raped her, depending on which of the many versions you read.

The woman’s name was Europa. And so Europe emerged as a separate entity with the kidnap and rape of a woman from the Middle East. Alongside the sexism and misogyny that Natalie Haynes deals with in Pandora’s Jar, the message is that Europe first differentiated itself and established its superiority by using guile and force against external threats.

This makes sense in the context of Greece 2,500 years ago, when it was threatened by the Persian Empire. The idea of Europe versus the rest of the world was entrenched by the Romans, whose empire was primarily European and was also challenged from the east. There is even a Roman coin from the second century AD minted in Sidon itself that depicts the myth of Europa and the bull.

What is more remarkable is that the modern Greek two euro coin, minted to mark the single currency, closely resembles the Roman coin in its design. The myth of Europa is also celebrated in a mural in the European Parliament building in Brussels. She even features in a sanitised version of the myth in a German children’s book, “Die Euro Kids”.

Modern Europe has also sought to define itself in opposition to the East. Of course the Persian Empire is no longer a threat. But its modern counterpart, Iran, is seen as a rogue state whose leaders were recently described as “Shia bigots and criminals” in a national newspaper.

They may well be bigots and criminals. But why reference their religion? There are plenty of Christian bigots and criminals closer to home. And even though the article was mainly concerned with the bigoted and criminal leaders of Israel, the writer did not refer to them as ‘Jewish bigots’, and rightly so. That sort of lazy anti-Semitism is unacceptable. But casual Islamophobia goes unchallenged.

There are two sides to the European coin. On the one hand there is a justifiable pride in our cultural heritage, that is not just about the great buildings, the literature, art and music, impressive though they are. There is the history of ideas in science, philosophy and politics that have culminated in our liberal, tolerant society where democracy and freedom are cherished values.

But flip the coin and it is a different story, a story of selective memory that ignores the many examples of non-European societies whose cultural and intellectual artefacts equal our own. It also ignores the darker side of European history, that uses our so-called superiority to justify war and conquest as a mission to civilise the world.

The Crusaders may have had the blessing of the Pope to wage Holy War against the Infidel. But conquered cities were sacked, civilian populations massacred, and during the fourth Crusade the Christian city of Constantinople was looted and almost destroyed by crusaders in a bloody struggle between the Catholic and Byzantine wings of Christianity.

In Spain, when the northern Christians conquered the Muslim south, they forced Muslims to convert to Christianity, and priceless manuscripts written in Arabic were burned when palaces and libraries were pillaged.

Never forget that Europeans have committed genocide on an industrial scale and waged war on each other and the world. You cannot remember Beethoven and ignore Hitler. European states purport to be a civilising influence! Except that they have tried to destroy every civilisation that has resisted their imperialism.

Some of the most impressive artefacts in our museums and galleries are evidence of those civilisations and many were stolen by European armies. When Napoleon invaded Egypt in 1798 one of his lieutenants discovered the Rosetta Stone. After the British defeated Napoleon in 1801 they seized the Rosetta Stone, and it has been on public display in the British Museum ever since.

Moreover, without wishing to diminish Europe’s cultural heritage, we do well to remember that its artefacts

owe their existence not only to the great minds and talents that created them, but also to the anonymous toil of their contemporaries. There is no document of civilization which is not at the same time a document of barbarism.

The question of European identity has been given fresh relevance by the Russian invasion of Ukraine. Along with Islam, Russia is supposed to represent an existential threat to an idealised version of Europe as a bastion of liberal values. The narrative is promoted that Ukraine is fighting for European values against the barbarism and despotism of an alien Russia. At Critical Mass we have attempted a more nuanced assessment of the complexities of the conflict.

Russia’s actions in Ukraine are monstrous, but no more monstrous than those of the UK and USA in Iraq and Afghanistan. And we are still arming Saudi Arabia in its war in Yemen, the greatest humanitarian disaster in the world today, and nary a peep in the media.

There is a value in European culture. I am not about to stop listening to one of my favourite pieces from Verdi’s Nabucco, The Chorus of The Hebrew Slaves, just because Maggie Thatcher’s attack dog, Norman Tebbit, chose it on Desert Island Discs.

And it is worth remembering that our European values were not all delivered by cultural icons descending like Moses with his tablets of stone from Mount Sinai, carved by the finger of God. Many of the best ideas in European culture came from below, born of the struggle between the haves and the have-nots. Who cries freedom, if not the unfree? Something to explore in future issues of Critical Mass.