Dystopia: Slipping Into The Abyss 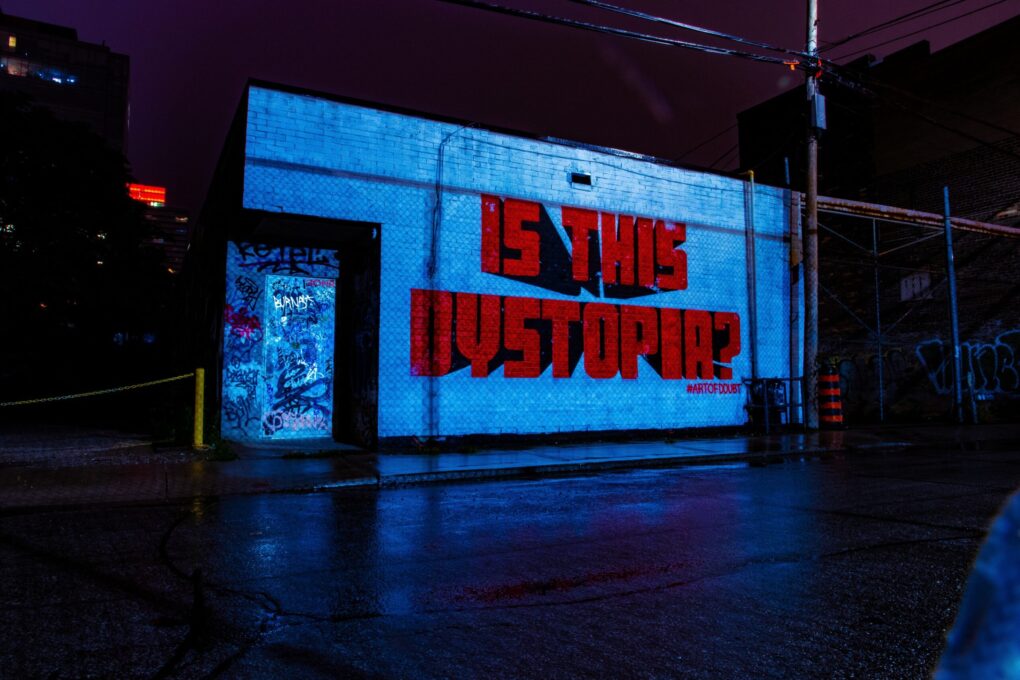 Photo by alex kristanas on Unsplash

Are we already living in a dystopia?

A widening gap between rich and poor. Rising costs of living. Technology invading and permeating every facet of our lives. Climate change threatening the very habitability of vast swathes of our planet. Governments and corporations growing in power by the day.

Obviously, the situation is different in different parts of the world. But before everyone assumes North Korea is by default the most dystopian place you could find yourself in, it might be worth taking a look closer to home…

Between a joke of a climate summit attended via private jets and the stench of corruption filling the corridors of power, the UK is certainly in the running. We are one of the most watched populations on the planet, with millions of cameras spying on us. And, with malnutrition having doubled in the last decade, the return of scurvy, and soaring homelessness and poverty, Britain’s candidacy for a fully fledged dystopia seems more than credible.

What’s most frightening is that the clearly visible slide into the abyss shows no signs of abating or being halted. Whether it’s apathy, greed or sheer ignorance, we may soon pass the point of no return.

The most pernicious aspect of our sorry state is the vilification of anyone seeking to redress it. This brings us to the most potent and worrying of all dystopian aspects: the media. The mass corporate distraction machine is running at optimum efficiency, and has been for quite a while now. I deal with this in my blog post.

Laws are being passed and precedents are being set which are limiting our rights to protest. The media has been vicious in its assault on the Insulate Britain movement, for example. With increasing political disenfranchisement, and suppression of popular protest, more and more people are becoming voiceless. Dave Middleton deals with some of the aspects of this on the other side of the Atlantic in his article ‘Open Season on Protestors‘.

With the fallout from decades of military intervention and the effects of climate change forcing more desperate people to migrate, the appalling response from many governments has been to throw up walls. We risk sleepwalking into a world devoid of sympathy, devoid of kindness, devoid of humanity. If that isn’t dystopian, I don’t know what is.

We, as a species, need to wake up and pull ourselves out of this treacherous descent into darkness, before it’s too late…

One thought on “Dystopia: Slipping Into The Abyss”