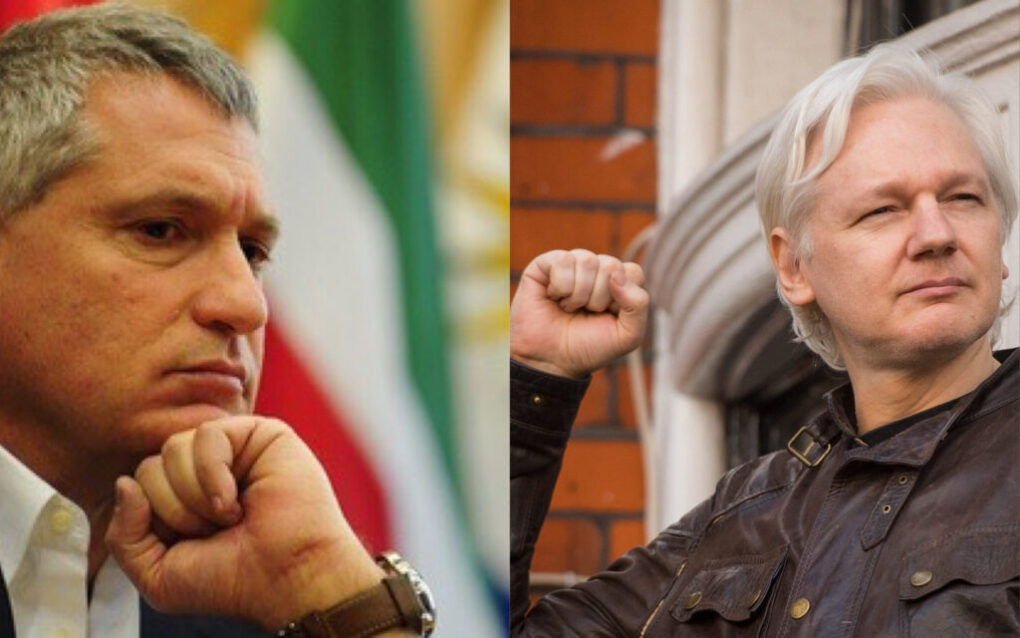 On the day that a hearing commenced about Julian Assange’s extradition to the USA (a hearing he wasn’t permitted to attend) Steven Donziger was ordered to report to jail to commence a 6-month sentence for a minor misdemeanour. Julian’s case has received a great deal of attention (though not in Parliament or MSM), and I’m concerned that his case might overshadow Steven’s. They’re both equally victims of injustice regardless of what they’ve endured personally.

In the two years that Julian has been incarcerated in Belmarsh Steven has been under house arrest, with somewhat more liberty than Julian, but he said in a recent email, “When I get released from my sentence, I will be free. Tonight will be the first night in over two years I will sleep without that claw shackled to my body.” Julian’s case is more dire!

While Julian sought refuge in the Ecuadorean Embassy, Steven was acting on behalf of indigenous people in Ecuador to take a multinational corporation to court over deliberate pollution of the land and water. He won a judgement that Chevron should pay $9billion in compensation, but they decided to take him to court instead. He explains the matter himself in this interview, possibly his last for 6 months.

Just as the Assange case is as much about press freedom as it is about him personally, Steven says, “Let us not forget that this case is primarily about the people of Ecuador and the fossil fuel industry, not about myself and a federal judge.”

The biggest difference in the two cases is that it is the US Government that is demanding the extradition of Julian Assange, despite a clause in our extradition treaty that excludes extradition for political offences, and the U.K. Government is complicit in this perversion. Donziger’s case was heard before a judge with links to Chevron, a prosecutor appointed by the court when the federal prosecutor declined, and NO JURY!

Chris Williamson stated Julian’s case more eloquently and passionately than I can, I agree with everything he’s said (as usual)

Baraitser conceded everything to the US case but denied extradition for reasons of his mental health – which weren’t helped by his imprisonment in Belmarsh. This was the only ground on which they could appeal. They have two options:

The second appears to be the one they’re going for, they don’t care if Julian commits suicide. They’ve already plotted to assassinate him and would be quite happy for him to die in British custody!

The persecution of both Assange and Donziger have been condemned by the United Nations. Nils Melzer, UN Special Rapporteur on torture, noted that:

“In the United States, Mr. Assange would be exposed to conditions of detention, which are widely recognized to amount to torture or other cruel, inhuman or degrading treatment or punishment.”

The United Nations Working Group on Arbitrary Detention had this to say about the treatment of Steven Donziger in U.S. courts, “The charges against and detention of Mr. Donziger appears to be retaliation for his work as a legal representative of indigenous communities as he refused to disclose confidential correspondence with his clients in a very high profile case against a multi-national business enterprise.”

So what next? Direct action might prevent the plane on which Julian is meant to be deported from taking off, but what then? He’s still in the same situation he is in now! Steven will be free in six months to continue his work for indigenous people, but it shouldn’t stop there! We need to agitate for change in a world that allows injustices like these, and many others, to persist!