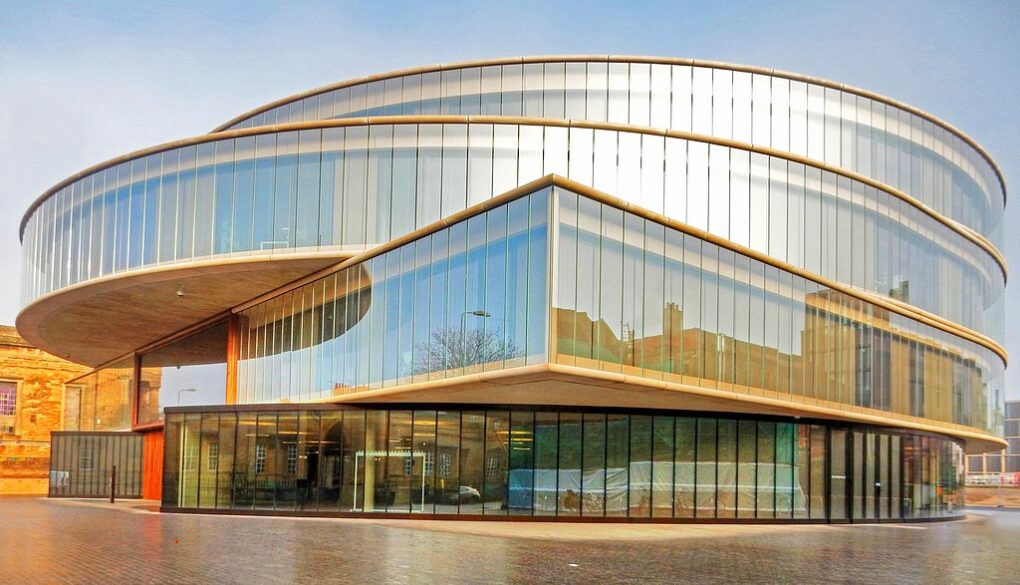 Martin Cooper from Ipswich, UK, CC BY 2.0 , via Wikimedia Commons

This year’s Dimbleby Lecture on the fight against Covid was delivered by Oxford University professor, Dame Sarah Gilbert, a key player in the development of the Oxford-AstraZeneca vaccine. Forget about the glistening spires. The venue was the Blavatnik School of Government, a thoroughly modern building (2015) designed to inspire change. And Sarah Gilbert, Saïd Professorship of Vaccinology, Jenner Institute & Nuffield Department of Clinical Medicine, is a thoroughly modern professor.

The entire lecture is available on the BBC iPlayer, and there is a full transcript on the Oxford University website. If you have read Vaxxers, written jointly by Professor Gilbert and Dr Cath Green, much of the material will already be familiar.

Professor Gilbert tackles some key questions in her lecture.

How could they develop a vaccine so quickly?

The short answer is they didn’t. Many of the Covid vaccines are based on technology that has taken years to develop. The impetus came from the Ebola Crisis in 2014. The world had known about Ebola since 1976 but it was low on the list of priorities. So, when there was a major outbreak in 2014, there was no vaccine and no cure. Around 28,000 people became infected, of whom more than 11,000 died. Liberia lost 8% of its doctors, nurses and midwives. Around 30,000 children were orphaned.

This was a wake-up call for the WHO who called for more research into other diseases which needed a vaccine. Professor Gilbert was one of those to answer the call. Her team worked on a coronavirus called MERS and, by the start of the the Covid pandemic, Professor Gilbert’s team had a MERS vaccine that had been through two early clinical trials and showed raised immune responses.

MERS vaccine was developed using platform technology. Instead of developing a vaccine using a whole virus, the platform is an all-purpose vaccine base. The idea is to add a specific protein from the virus that you want to neutralise. This is the spike protein on Covid that unlocks our cells and lets the virus in, but is harmless in itself.

Since 2018 researchers have been on the alert for Disease X, a novel virus that takes the world by storm. At the beginning of January, scientists, including Professor Gilbert, were aware of what was happening in Wuhan. Could this be Disease X? In a dramatic episode described by Professor Jeremy Farrar in Spike, Chinese scientists released the genetic code for SARS-Cov-2 on January 11th. Within 48 hours Professor Gilbert and her team had used this information to complete their design for a Covid vaccine.

How could they produce a vaccine so quickly?

Oxford University has the facilities to produce clinical grade vaccines that can be used in humans. It has a network of collaborators at scientific institutions around the world and the expertise to organise clinical trials. What it lacked in January 2020 was money to finance all this. So the team proceeded in the hope that funding would be available.

Normally, grants are doled out for each stage of development. You make a small batch to test for safety in animals. If that is successful, you apply for funds to step up production for safety trials in humans. If these trials are successful, you apply for funding for large scale trials to see if it works. At every stage you publish your results and then go after more funding. At the end, you need a commercial partner to produce the vaccine on an industrial scale. All this takes years.

Professor Gilbert did not wait.

So in February, March and the first weeks of April, we decided we just had to get on with it. We went ahead and spent money we did not yet – and might not ever – have. We would ask for forgiveness, not permission. It was not a comfortable place to be.

Professor Gilbert is clear there were no safety risks. All the protocols were followed. All the safety checks and risk assessments were in place and strictly adhered to. The risks were to do with not waiting for one stage to finish before the next was started. So safety trials on animals were still going on when they started planning clinical trials in humans and producing clinical grade vaccines. Commercial production began before the clinical trials were over. The risk was financial and reputational.

In the end the risks were worth it. The government finally unlocked some serious funding. AstraZeneca came on board, and all the gambles paid off. The vaccine was safe, effective and, when licensed for use, there were already millions of doses ready to use.

How do we prepare for Disease Y?

The message I got from the lecture was that it is perfectly feasible to develop vaccines and treatments at pace if there is the political will to do it and to pay for it. We have a £40 billion per annum defence industry based on ‘just in case.’ But Covid has shown that Disease X was not just in case. It is real. Omicron shows that it is not over yet. And the next virus, Disease Y, will happen. Our preparations should not have to rely on people like Sarah Gilbert being prepared to risk their careers on a hunch after reading reports of a potentially novel disease on ProMedMail. That is why the new Pandemic Science Centre at Oxford University is so important. I only hope its funding is adequate and ring fenced against cuts as complacency sets in during ‘pandemic peace time.’

Time to Save the World

There is plenty more that can be done now. Professor Gilbert has lots of suggestions. Africa needs an expanded infrastructure of vaccine manufacturing capacity. We should be stockpiling vaccines against future outbreaks of the diseases we know about, like MERS and Nipah, and start vaccinating children in West Africa against Lassa fever. She ends with the most important lesson of all.

But perhaps above all, as we turn our attention back to climate change, poverty, war, and other problems that never went away, what we discovered, was what we can do when we understand our goal, and really put our minds to achieving it.