“Difficult to see” how Corbyn can have whip reinstated says Starmer 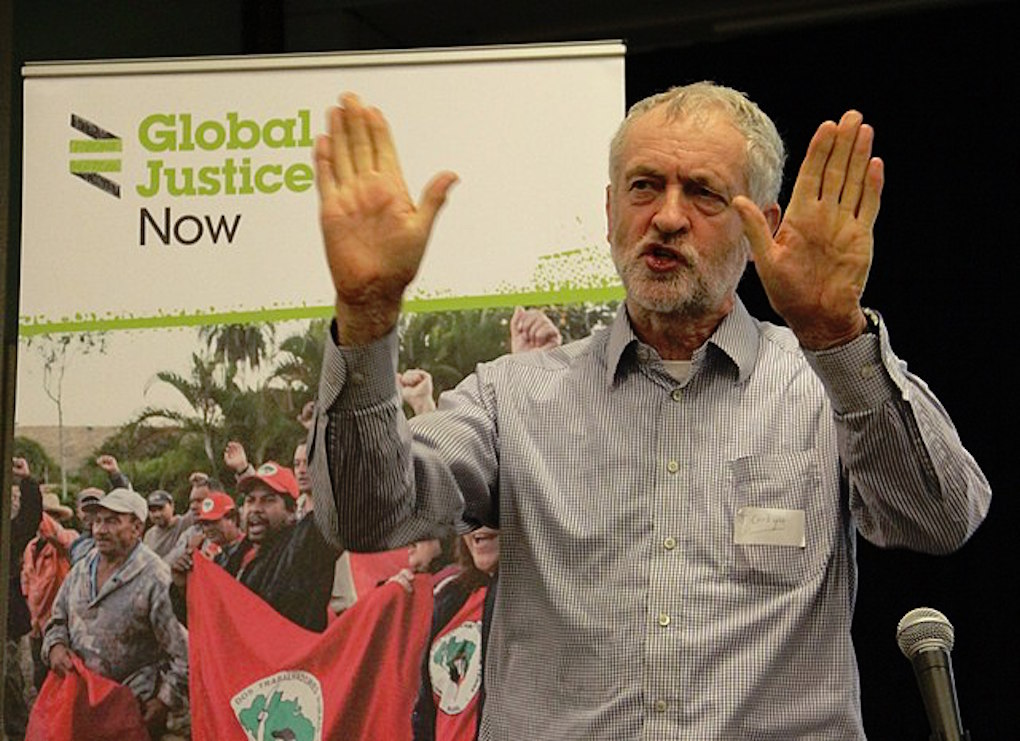 The man who continues to speak for the many, Jeremy Corbyn. [[File:Jeremy Corbyn (19462777205) Creative Commons Attribution 2.0

ONLY the uninformed can now be unaccustomed to Keir Starmer changing the goalposts – or indeed, simply changing positions depending which way the mood of the public, as portrayed in mainstream media, is on that particular day. Is there anything, anything at all, other than his unqualified support for Zionism that he hasn’t changed his mind about? I can’t think of a thing.

His most recent attack, over the weekend, on his predecessor, Jeremy Corbyn, is however, a new low. He has deliberately twisted what Corbyn said in an interview and strongly implied he will not restore the whip. The whip was originally withdrawn in response to Corbyn’s completely accurate and honest response to the EHRC’s findings, and came after Corbyn had already been reinstated by the NEC.

In an interview on BBC’s Sunday Morning programme, Starmer said, when speaking on the matter of the whip being reinstated: “It is very difficult to see how that situation can now be resolved.”

He added: “He lost the whip because of his response to the Equalities and Human Rights Commission in relation to antisemitism but I made it very clear, the first thing I said as party leader was that I was going to tear out antisemitism by its roots in our party.

“I’ve also made it clear that our position in the Labour Party is not to accept the false equivalence between Russian aggression and the acts of Nato.”

Yet Corbyn did not do this. He was quite clear when he told Times Radio last week that he did not blame NATO for Vladimir Putin’s invasion of Ukraine, but did question whether military alliances brought peace. He said he knew the alliance would not now be scrapped but did advise people to “look at the process that could happen at the end of the Ukraine war”.

Not only did we have Starmer slating and misrepresenting the former leader of the Labour Party over the weekend, but we also saw yesterday Rachel Reeves, Shadow Chancellor and MP for Leeds West, state that she was pleased Corbyn was not Prime Minister. This is the very same Rachel Reeves who said that socialists leaving the Labour Party was a good thing, who declared that the Labour party now has “a totally different mentality” towards business and running the economy than during the Corbyn era, and who, echoing Enoch Powell’s infamous ‘Rivers of Blood’ speech, said in 2016 that Britain could “explode” into rioting if immigration was not curbed after Brexit.

According to the logic of centrists, calling all those who do not support Starmer in his role as Leader of the Opposition ‘Tory-enablers’, that would mean that Reeves herself is the very definition of a Tory-enabler, being happy enough to have Johnson as Prime Minister. Just let that sink in: the Shadow Chancellor is happy Labour lost the last GE. She actually said, when asked if Corbyn would have made a bad prime minister (and there’s a loaded question), “Yes, I’m pleased that he’s not prime minister”. This sort of bad-mouthing of Corbyn is what we have come to expect from the centre-right of the Labour Party and has been happening now almost since the day he was elected leader.

Corbyn critics point to the 428 times he defied the whip during Labour’s time in power, most notably in the Blair years, when they rush to defend his detractors. But Corbyn did not go running to the media at every opportunity to slate his Party or the leader; he stood by his principles and voted according to his conscience, and for the life of me I cannot see why that is vilified rather than admired. He has never told people to vote anything other than Labour – certainly not as so many Labour MPs, and former leader Blair, did when Corbyn was leader.

The interviews with Times Radio appeared pointed in their attempts to disparage the North Islington MP, and we should be asking why this is so. He is a backbencher, not even a Labour MP any longer, yet still the attacks continue, in the mainstream media and on social media. The only logical conclusion one can draw is that they are still afraid of him and the optimism so many felt under his leadership. They know the current leadership offers us nothing and wish to stamp out what they call ‘Corbynism’ and what we simply call socialism.

Jeremy Corbyn lit a fire under so many and that fire will not be extinguished. The more the media attempt to paint this honourable man as something he never was, the more people just might realise how they have been manipulated.