Cuts in services to fund pay rises in public services 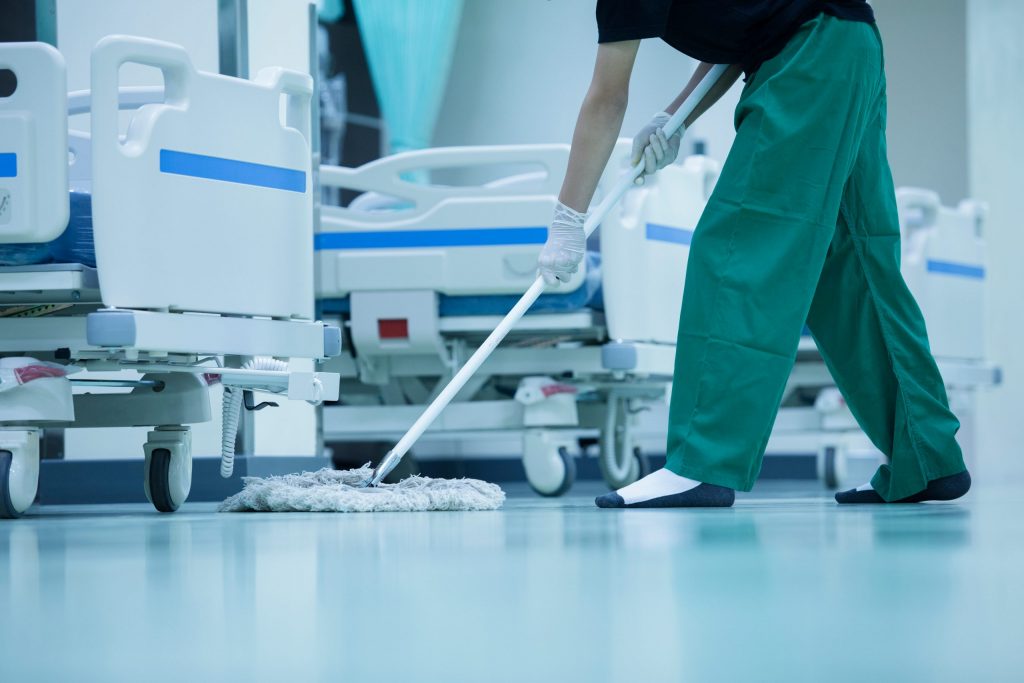 Services like cleaning may well be cut to fund a pay rise. Image courtesy of Shutterstock

IN ORDER to fund a pay rise above 3%, at a time when inflation is running at 11%, the National Health Service in England (NHSE) is saying that it will have to cut services. Whilst they are clearly lobbying for more resources, the fact is that this is life in Tory Britain and the result of years of the Tories’ political vendetta against the public sector.

Those essential workers, remember how we clapped, have been offered a derisory real terms pay cut and, if they want to have more, health service managers are threatening to reduce the services those same essential workers put their lives on the line to defend throughout the pandemic.

It is a cynical ploy. When Tory leadership hopeful Rishi Sunak, then Chancellor of the Exchequer, announced an “inflation busting” 3.1% pay rise, in 2020, for public health workers, he mysteriously forgot to include nurses and care workers.

At the time Sunak said: “These past months have underlined what we always knew – that our public sector workers make a vital contribution to our country and that we can rely on them when we need them. It’s right therefore that we follow the recommendations of the independent pay bodies with this set of real-terms pay rises.”

Indeed, they make such a vital contribution that his pitch for leadership of the Tory Party, and thus of the country, is that we collectively kick them in the teeth by slashing public services in the interests of a low tax economy.

Make no mistake, this juxtaposition between workers needing more pay to keep up with inflation and the Tory obsession with hacking away at the public sector has nothing to do with managing the economy efficiently. It has everything to do with a political vendetta which the Tories have been running since the late 1970s. The current round of strikes, involving the railways, barristers, post office workers and many more, are the red rag to the bullish Tories who, having decapitated, metaphorically, their own leader will now seek to assert themselves by launching further attacks on ordinary workers.

And, be clear too, that when government ministers (and it matters little who is in the post as they seem to be interchangeable) say that it is a choice between better pay for health professionals or a better service for patients, it is a lie. They have already made that choice, except the choice was not a binary one, but one that said we do not reward health and social care professionals, not to invest in better patient services, but, rather, we allow the public sector health economy to fall into disrepair.

Why, you might ask, would they pursue such a policy? Tories do not believe in public provision except where it lines their own pockets. They are running down the NHS in a blatant attempt to force more and more people to move to private health insurance. In 2014, a report from Unite found that one fifth of the Government’s MPs had a financial relationship with private health companies. They included Jeremy Hunt, then Health Secretary, Andrew Lansley, a future Health Secretary, and current leadership contender Nadhim Zahawi, a non-executive director of the recruitment company SThree, which had gained at least £2.6m from the new clinical commissioning groups created by the health act which he described as a brilliant piece of legislation.

Health workers deserve to be properly paid. And patients deserve a decent service. Don’t allow the Tories and NHS Managers to fool you. It is not a choice between one or the other. It is a political choice and one which the Tories continue to pursue with vigour. If you want to defend the NHS, certainly don’t vote Tory, but, if you really want a first class health system, you need to think about what kind of political system could possibly deliver it, and, here’s a clue, it isn’t capitalism.