Country in turmoil as Sudan’s PM steps down 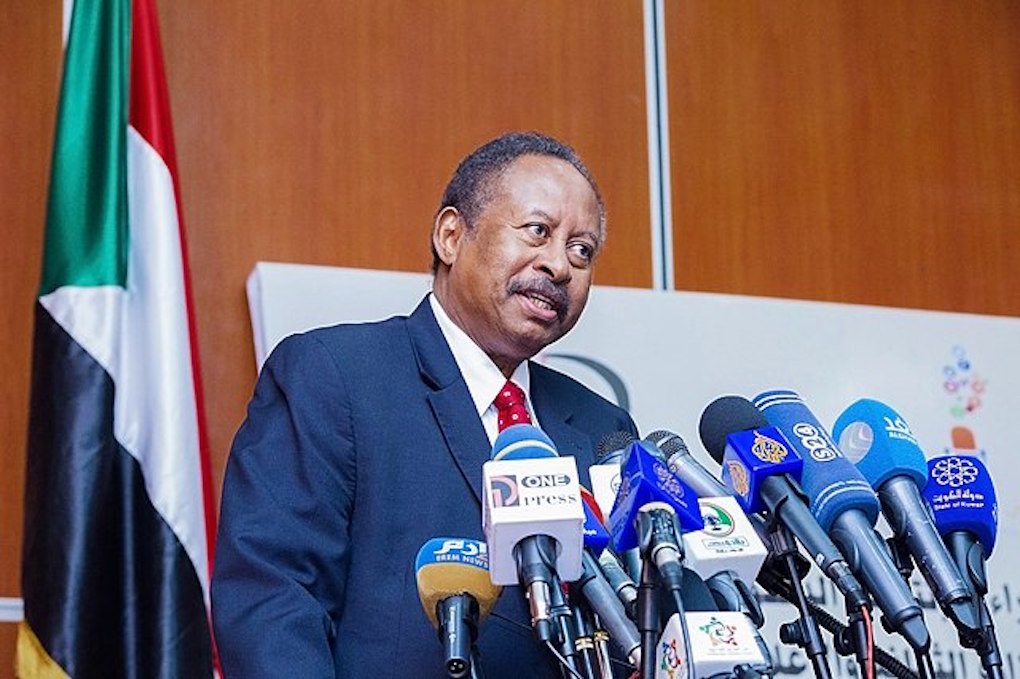 WE are seeing changes in governments worldwide, and now Sudan is no exception, but perhaps this was foreseen by those paying attention, especially since the military coup three months ago.

The country’s Prime Minister Abdalla Hamdok announced on Sunday that he was stepping down from his role. His resignation comes just six weeks after he was reinstated as part of an agreement with the military which overthrew his government in October. On October 25, led by General Abdul Fatah al-Burhan, the military had placed Hamdok under house arrest and put members of his cabinet in prison, saying elections would be held in July 2023.

Hamdok first became Prime Minister in 2019, when Sudan’s main civilian coalition, the Forces of Freedom and Change, saw him as the man who could help the country transition to democracy under its power-sharing deal with the generals who overthrew the previous government only three years ago, in the wake of months-long mass protests. He had previously served as an official for the United Nations and is trained as an economist. Born in 1956, he had worked in Sudan’s finance ministry and has decades-long experience as an economist and senior policy analyst, specialising in development across Africa.

Just hours before Hamdok’s announcement thousands of protesters had taken to the streets in the capital Khartoum calling on the military to stop interfering in the transition. Now, with the news of his plan to leave power, the country has been thrown into more turmoil, only three years after a popular uprising toppled the long-time leader and alleged war criminal Omar al-Bashir. Omar al-Bashir was convicted of corruption in December 2019 and sentenced to two years in prison.

Despite the reinstatement of Hamdok, protests had continued with organisers claiming his reinstatement was a move by the military to legitimise the coup.

The agreement had been brokered in part by the UN and the USA, and the Communist Party had warned that a ‘technocratic’ government would be a euphemism for one controlled by foreign ‘experts’ like the IMF, and would lack democratic legitimacy.

Just over a week ago, on December 25th, there had been widespread demonstrations which were called for by the Central Council of the Coalition for Freedom and Change, the Sudanese Professionals Association and the Resistance Committees. The demonstrations saw confrontations between the police and protesters, with the police spraying the protesters with water cannons and firing tear gas canisters, causing dozens of casualties.

The Central Committee of Sudan Doctors said that about 180 demonstrators were injured after the security forces tried to disperse demonstrators in the capital, Khartoum, and other cities, who participated in the so-called “Million” demonstration.

While Prime Minister Hamdok oversaw the continuing financial crisis which led to the anti-Bashir protests and which continued afterwards, inflation soared to about 400 percent, and many were struggling with poverty. However, Hamdok successfully lobbied the United States to remove Sudan from its list of ‘state sponsors of terror’ and convinced global financial institutions to provide debt relief and economic aid. The World Bank chief, while visiting Sudan, said the country was making progress and called for patience during its transition.

In a televised address to the country, Hamdok stated: ”I decided to give back the responsibility and announce my resignation as Prime Minister, and give a chance to another man or woman of this noble country to … help it pass through what’s left of the transitional period to a civilian democratic country.”

I tried as much as I possibly could to prevent our country from sliding into a disaster. Now, our nation is going through a dangerous turning point that could threaten its survival unless it is urgently rectified.

In his speech, he also said his mediation attempts with civilian and military officials “to achieve the necessary consensus to be able to deliver to our people the promise of peace, justice and no bloodshed” had failed.

Ahmed El Gaili, a Sudanese lawyer and legal commentator, told Al Jazeera, “His removal, as far as [protesters] are concerned, removes the last fig leaf that was covering this regime and what remains is a full-fledged military dictatorship.”

The Sudanese Communist Party had said, not long after the deal was made with the military, that they were against it, saying it left the army “dominant over the transitional authority”.

The resignation speech by Hamdok, in which he stated he had been unable to mediate successfully with the army would appear to bear their fears out.