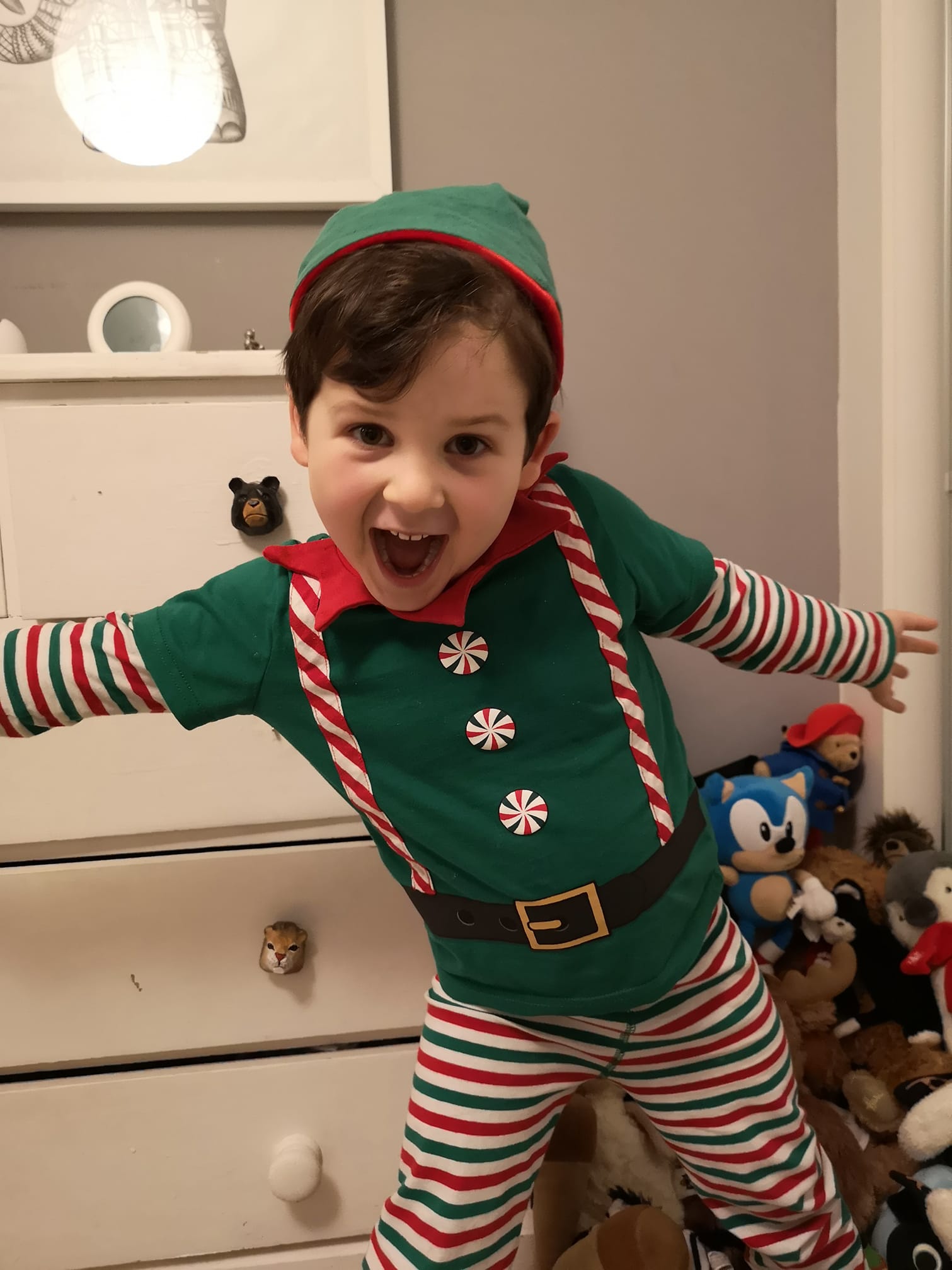 Yes – I’m aware that its still November, but whether we want to admit it or not the countdown to Christmas is here. In Christmases past I’ve spent the week before Christmas Day frantically buying gifts for the kids and family, and wrapping up presents on Christmas Eve when I could be chilling with a prosecco and a festive movie. So this year I made a pledge to be more organised, and crucially to not buy anything just for the sake of it. Our house is full of toys that don’t get played with enough, and I don’t want to buy more plastic tat to add to it just because I think they need a mountain of presents on Christmas day to make it magical for them. They don’t. We aren’t religious, but Christmas has to mean more than just STUFF, right?! Here’s some of the ways I’ve changed my thinking this year.

I’ve been hitting the charity shops and finding some gems, and I’ve been dropping off toys that have been abandoned and outgrown. I’d love to do this with the kids and go through the toys together, but every time I try they swear that the baby toy I fished out of the bottom of the toy box, that hasn’t been played with in YEARS, is suddenly their most special favourite thing in the whole world. So now I smuggle the toys out when they’re at nursery/school like some sort of toy-snatching fiend, and so far they have failed to notice that anything is missing. I’ve picked up and wrapped a few toys and board games from the charity shop for them, and I’ve found some spectacular Christmas jumpers. Instead of racking up a giant basket of plastic from Amazon that they don’t really appreciate, I’m getting pre-loved toys and supporting some great charities. I’m not saying I won’t take a trip to Symths Toy Superstore and get something they really want, or buy anything new at all. But my aim is to get the majority from charity shops if I can. Of course, buying less new plastic is great for the planet too.

If we spend less money on unnecessary toys we can do more things as a family instead. We’ve booked to visit Santa, visit the lights at Longleat and do a festive steam train trip. As always, these things get booked up really quickly and are often expensive, but I’d rather spend our money on this kind of memory building than another gift under the tree that will be discarded by February. This is especially important to me this year because Frank, despite being only five, has started to doubt the existence of Father Christmas. I’m hoping some trips will help keep that magic alive for a little longer.

For the last few years my friend Rosie has bought the kids a beautiful Christmas ornament and a book from our local independent book shop, and I love this tradition. The boys get to enjoy their bauble every year when we put it on the tree, we are supporting a lovely local business, and the space inside my house doesn’t get even more squashed by another bulky toy. My mum makes the boys a little Christmas Eve box with pyjamas, hot chocolate, and other goodies inside, and this is a lovely tradition too. My brothers and I don’t buy each other gifts; for the last few years we’ve put money in a kitty and gone for a night out instead. We’d much rather have dinner together and a few beers than buy each other bath sets or socks. Last year we couldn’t go out due to Covid restrictions but this year, hopefully, we can. And on my husband’s side of the family we do gifts for the children but a secret santa for the adults, so instead of buying four gifts, I only need to get one. All these little things mean that I’m ultimately spending less money, and spending less time marching around T K Maxx two days before Christmas trying to tick off a giant list of gift recipients.

I want to focus on spending time with family and doing things together, because, if the last two years have taught us anything, it’s the importance of being able to see loved ones. As we all recall, last Christmas we all had to choose who to bubble up with, and a lot of people spent Christmas alone. I hope any restrictions on who we can see won’t be necessary this year.

In the end Christmas is just one day, but, if the build up can prompt us to spend time with friends and family instead of encouraging us to be good little consumerists and spend too much on things, then it becomes something more than the sum of what we have spent in cash. And I hope for once I can relax on Christmas Eve and there won’t be any last minute wrapping involved at all. We shall see.