Could peace break out? 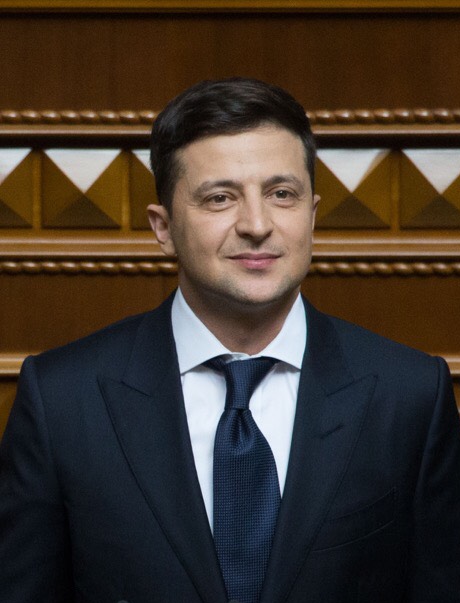 Photo by Mykhaylo Markiv / The Presidential Administration of Ukraine is marked with CC BY 4.0.

There are encouraging signs from the latest peace talks between Ukraine and Russia. According to Reuters, both sides reported positive progress from the talks which began at the weekend.

Ukraine negotiators say that they are having ‘hard talks’ about a ceasefire, immediate withdrawal of troops and security guarantees with Russia. Ukrainian negotiator and presidential adviser, Mykhailo Podolyak, said: “We will not concede in principle on any positions. Russia now understands this. Russia is already beginning to talk constructively.”

Leonid Slutsky, a Russian delegate, was quoted by RIA news agency as saying the talks had made substantial progress.

“According to my personal expectations, this progress may grow in the coming days into a joint position of both delegations, into documents for signing,” Slutsky said. So far neither side have said specifically what these documents might actually contain.

Meanwhile, US Deputy Secretary of State, Wendy Sherman, said Russia was showing signs of a willingness to engage in substantive negotiations about ending a conflict in which far too many have already died.

Peace in a moment?

Last week, Russia told Ukraine it was ready to halt military operations ‘in a moment’ if Kyiv meets a list of conditions. Kremlin spokesperson, Dmitry Peskov, had said Moscow was demanding that Ukraine cease military action, change its constitution to enshrine neutrality, acknowledge Crimea as Russian territory, and recognise the separatist republics of Donetsk and Lugansk as independent states. He continued: “We really are finishing the demilitarisation of Ukraine. We will finish it. But the main thing is that Ukraine ceases its military action. They should stop their military action and then no one will shoot.”

However, shortly after that statement the Russian military intensified its bombing of key cities in Ukraine. This was possibly in response to President Zelensky’s continued appeal for NATO to reinforce a no-fly zone.

The fact that Russia is offering any concessions is being entirely ignored by the main British broadcaster, the BBC, who, as long ago as March 1st, were headlining with “Fighting escalates despite ceasefire talks”. CNN are reporting that Ukrainian President Volodymyr Zelensky pressed US President Joe Biden for more sanctions to further squeeze Russia in a call last Friday.

Whilst most western reporting is stressing that Russia is a bad faith actor, it is hard not to conclude that Zelensky’s desire to be part of NATO may not be helping matters. If Russia are determined that any peace must include a definite commitment by Ukraine to remain independent of NATO , and Ukraine are determined to be brought under the umbrella of NATO, it is difficult to see how the two sides can reach an accommodation. Meanwhile, the military action continues. Russian forces fired more than 30 missiles at Yavoriv military training ground, located between Lviv and the Polish border on Sunday.

Whilst the tentative steps toward peace continue, the United Nations reports that there have been 636 civilian deaths. Of those killed, 46 have been confirmed to have been children. Meanwhile, the US military estimates that around 3,000 Ukrainian armed forces and around 5,500 Russian armed forces have been killed. Of course, none of these figures can be independently verified and, depending on who you listen to, the war is either going very well or very badly for both sides!

Viktor Zolotov, chief of Russia’s national guard and a member of Putin’s security council, said progress had been slower than expected. His comments, made on Sunday, deviated from those of the Kremlin and Defence Minister Sergei Shoigu who said Russia’s operation in Ukraine will be completed on time and in full. The Kremlin reinforced that the operation was going to plan, but that its army might change tack and look to seize full control of major cities. Kremlin spokesman Dmitry Peskov said Russia had been careful not to target civilians. According to western media sources, this is the exact opposite of what Russia has actually done. The bombing of cities has led both to a mass exodus, causing the refugee crisis emerging in Poland, and the devastation which is being reported.

Critical Mass continues to call for an end to the Russian invasion but also for a recognition that Russia does have legitimate security concerns prompted by NATO’s eastern expansion. Any peace will start from a recognition that an immediate ceasefire is a precondition of negotiations. If Russia is telling the truth they want no more than for Ukraine to give up its ambition to become part of the European Union and NATO, that does not seem too high a price to pay to bring peace back to the Ukrainian people.