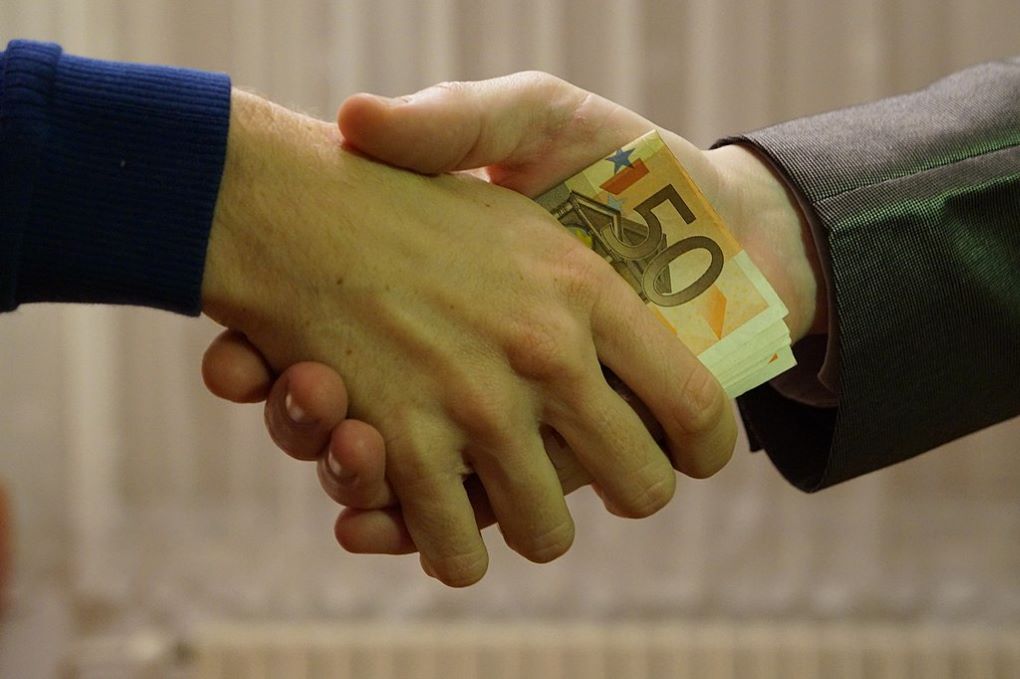 Corruption in Parliament is set to continue unabated after a wrecking amendment to a Labour Party proposal was pushed through by the government.

Labour’s motion was for MPs to be banned from all second jobs that meant acting as a parliamentary strategist, adviser or consultant. It instructed the Committee on Standards to come up with plans to implement this move and to report back to the Commons by the end of January. And it placed a deadline of 15 days after the recommendations being received for the government to act. Otherwise MPs would be able to force a debate.

Johnson typically backed the proposals, then backtracked after a backlash from Tory MPs. The motion passed merely “supports” the work of the standards committee and does not guarantee a Commons debate or a vote on its proposals.

Corruption in Parliament is nothing new. When John Major was PM in the early 1990s there was the Cash for Questions scandal when MPs took money from a lobbyist to ask questions on behalf of his client. This led directly to the establishment of the Committee on Standards in Public Life, whose first report in 1995 gave us the Seven Principles of Public Life, more commonly known as the Nolan Principles after Michael Nolan, the first chair of the committee.

They seem fairly straightforward. As a member of the Board of Trustees for a national charity, I have to sign up to these principles every year. Thousands of public servants, both employees and volunteers, manage to follow these principles without legislation to stop us from enriching ourselves at the public’s expense. There again, most of us are not MPs.

Despite the Nolan Principles scandals have continued unabated since 1995. Cash for Honours (Labour 2006) and the Parliamentary Expenses Scandal (all parties 2009) are amongst the most notable. But, since Johnson became Tory leader and prime minister, it seems like corruption alongside lying have become the preferred method of government. In the pandemic corruption became endemic. We saw billions squandered on Track and Trace. PPE contracts were fast tracked to Tory supporters without due diligence. And, when Owen Paterson was caught accepting money to breach Commons advocacy rules, the government’s first instinct was to change the rules in order to get him off the hook.

We can argue about the reasons why corruption is on the rise. We cannot pretend that it isn’t a serious problem. It is so serious that, before the whole world, serial liar Johnson had to deny it at a COP26 press conference!

I genuinely believe that the UK is not remotely a corrupt country, nor do I believe that our institutions are corrupt. We have a very, very tough system of parliamentary democracy and scrutiny, not least by the media. I think what you have got is cases where, sadly, MPs have broken the rules in the past, may be guilty of breaking the rules today. What I want to see is them facing appropriate sanctions.

France 24 reported on a Sunday Times story that 15 out of a total of 16 Conservative treasurers over the last two decades had donated more than £3 million to the party and then been offered a seat in parliament’s upper chamber. If the Murdoch press has been keeping the receipts on the Tories for 20 years I have to wonder why they are presenting them now. What does Murdoch want? A refund or regime change?

Like many socialists I do not have much faith in Parliament as an agency of social change. But I do expect MPs to live by the same rules as we do. We vote for them. We pay their wages. There should be a lot more anger when they break the rules. That seems to be happening.

A recent Savanta poll found that three quarters of voters were very worried about government corruption. A majority felt that MPs were already overpaid. This goes for Tory and Labour voters. About a third of voters want to reform the House of Lords as an elected chamber. A quarter would like to abolish it altogether. Again, these are Tory voters as well as Labour voters.

Even more concerning though will be the significant majority of the public who are now concerned about corruption in central government, and one can’t help but think that government scandals otherwise largely confined to the Westminster ‘bubble’ may have begun to shift the needle on wider public opinion.

I hope that ‘needle’ can burst the Westminster bubble. With a few honourable exceptions the cosy relationship between journalists and politicians has led to an assault on truth and is at the heart of the corruption in our political system. We need to hold them all to account.