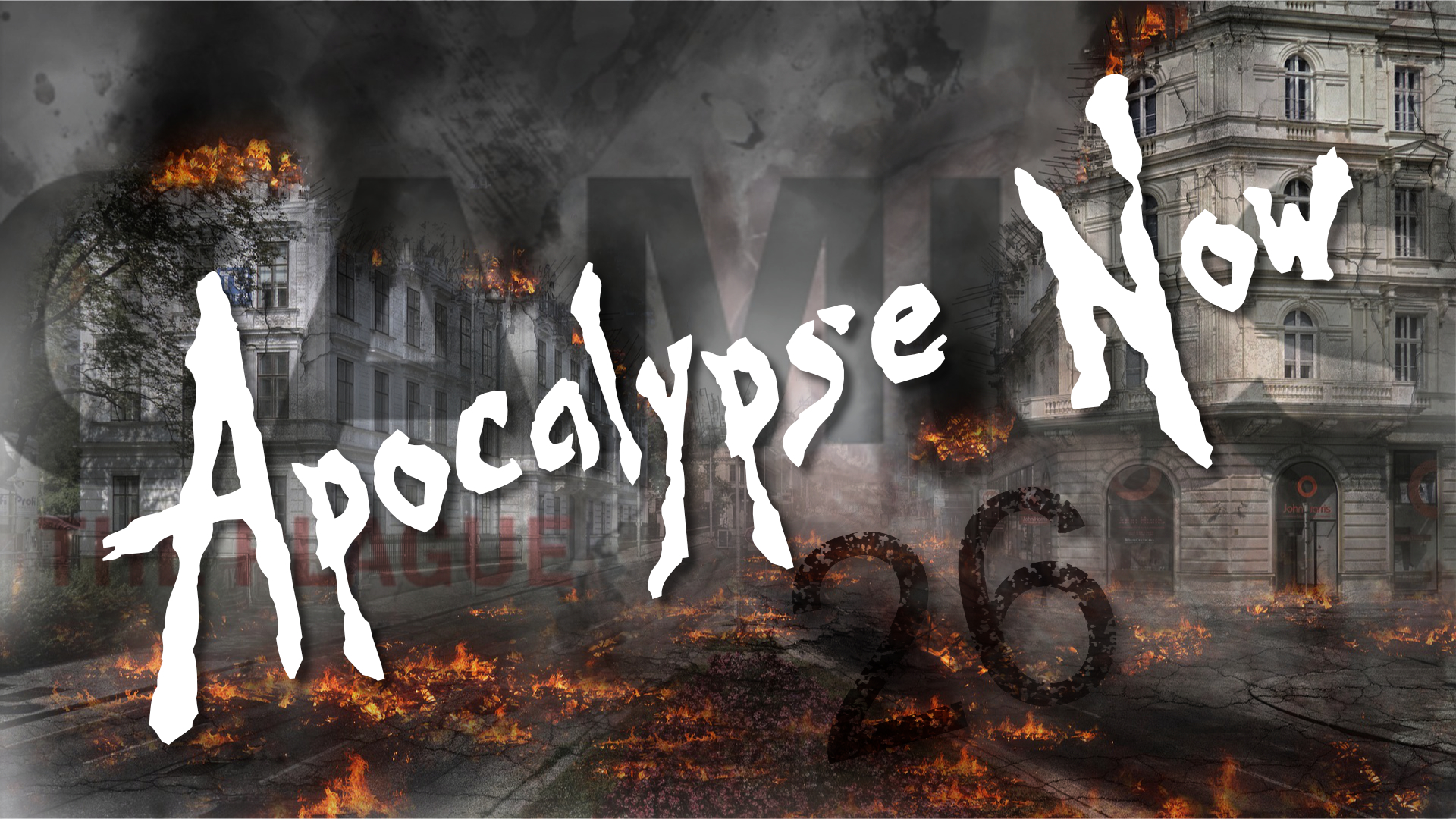 COP26 will open today. The UK has the presidency of the event. The Prime Minister has spoken about the collapse of the Roman Empire as analogous to the situation faced today. Serious stuff indeed!

The PM said: “Unless you can make sure next week at COP in Glasgow that we keep alive this prospect of restricting the growth in the temperature of the planet then we really face a real problem for humanity.”

So, he does recognise that ‘growth’ is not necessarily a good thing. It doesn’t seem to have applied to his supposed economic ‘thinking’.

Mainstream media did their job, taking these words, and undoubtedly every other utterance during COP26, and laid the path for handwringing and platitudes from the people charged with the primary responsibility of keeping the citizens of their states safe.

‘Possibility’, probability’, and likelihood’ are just some of the words used to describe the inevitability of climate catastrophe should massive, systemic alterations not happen. Despite the IPCC report the use of words such as ‘definitive‘, ‘conclusive’ and ‘absolute’ appear not to be a part of the lexicon.

Why would a consensus of Western media do this when climate catastrophe will affect them and their loved ones? They have the answer of course! They know how, the big-brained benevolent bourgeoise and their ‘administrators’ will take care of it. Capitalism!

Why Little Progress is Made

This hypothesis is not hyperbole. In fact, it is not a hypothesis. In the scientific sense, not that science seems to be able to shift anyone who has already made their mind up on anything they deem as ‘fake news’, it is a theory.

In his speech to the Conservative Party Conference 2021, Boris Johnson declared the solution to the climate crisis lay in ‘Science, innovation, capitalism.’

The received political and media wisdom, vamped by capital itself, is that capitalism will be the saviour. It will allow humans to ‘invent’ their way to salvation.

They are not Sending Their Best

The poster child for this, for simplicity, let us just call it a ‘hypothesis’, Is Elon Musk. Whilst Musk talks and talks about being ‘bold’ and the need for ‘radical tech innovation’, what has he done?

I don’t mean chucking money about to entice real tech innovators to come up with ‘something’ so Musk can then brand it his own. I mean what has he done to combat the impending climate catastrophe? Nothing!

This is the guy who gave us the Tesla Roadster. ‘Modelled’ on the Elise but forgetting it had a petrol engine. Therefore, systems such as the air conditioning, brakes, and the suspension couldn’t work directly.

He had to recall over 100,000 of his vehicles because the most basic of components, the memory, would fill up to capacity every time the car started.

Then there is the creme de la creme, the ‘hyperloop’ which was paid for by the US taxpayer as part of the infrastructure bill.

This innovative, radical and epoch changing technology is known to us in the UK, for example, as the London Underground! Except the ‘tube’ carries up to 5 million passengers a day instead of, at best, tens of elites.

However, apart from putting the ‘solution’ to just about anything in the hands of a narcissistic ding dong; someone who has never developed to market a single engineering product himself; who has never shown any success at helping to fight climate change but lots of evidence to show he has assisted it, Musk alone is not the problem.

We Have Another Problem to Fix First

The system which drives, no pun intended, Musk and the rest of capital is profit. Profit for that singular entity. Profit is not to be compromised. Profit is The goal.

The notion of working together for the greater good to solve a problem of any magnitude is alien to capitalism unless there is a profit to be made. This is not fanciful. It is intrinsic to capitalism that market solutions are the only ones that can work.

This is not my lefty bias, this is what capitalism is.

Adam Smith, who incidentally came from Kircaldy, Scotland, just over an hour drive in a gas-guzzling SUV from Glasgow, where COP26 is being held, is known as the ‘father of capitalism’.

In his defining work, The Wealth of Nations, Smith uses the same magical thinking that we see today made whole by ‘classical libertarians’ and part stolen and corrupted by ‘the right’. He describes ‘capital’ not just as ‘profit’ as an ‘expectation’ but as ‘just’.

In other words, if you already own stuff and have a ton of money, it is yours to keep. If you don’t, well, sorry poors, they are the rules I’m afraid. Shame you are starving, ill and without shelter. You see, apart from you don’t have the ‘right’ stuff, it is ‘just’. So, you must be to blame.

Then as today, the rich wrote the rules which suited their interests. The system which surrounds and protects their magical thinking and real-world action is capitalism.

Hanging on the latest reporting from COP26 is unavoidable. I, like just about every person who can read, hear or see what is happening to our planet will want to know what the slimmest of concessions made, are.

However, better use of our time could be educating our Comrades on why we should physically interact with our ‘representatives’. Why protesting in massive numbers on the streets is necessary. Why physical solidarity and shows of civil disobedience at the IMF, the World Bank, corporation headquarters, anywhere our presence can be felt, makes a difference.

Look, I am one guy. I sometimes feel exhausted by it all. The overwhelming sensations of despair at the thought that I make no difference. If this sounds familiar to you, welcome and hello. However, let’s collectively hold our knackered horses a minute.

This is not the piece I was going to write. I was going to give you arguments as to why the collection of ghouls at COP26 have been wrong in the past, are wrong today and why, unless we do something about it, they will be wrong in the short future this planet may still have.

I’m guessing if you are reading this you don’t need convincing of the facts. You probably already know them, all too well.

Instead, I wanted to point out what the real problem is. As I see it, without tackling capitalism we will be left with ‘for-profit solutions’ when we need ‘for-all solutions’. I hope my argument has driven that home and I also hope I have persuaded you, enough at least to think more about what I’ve said.

But, perhaps the worst thing which can happen to the planet is for good and decent people, willing to work with their neighbours to overcome a possible terrible future, to lose heart. To give up. I don’t want that but I sometimes feel it.

I’ll leave you with this thought. In Albert Camus’, The Plague, his allegory of French resistance to the nazis using the bubonic plague in the  French Algerian city of Oran as a metaphor, one of the characters, a journalist, gets trapped by the plague. After watching doctors selflessly treat a never-ending stream of patients, the city bond, fighting for each other, despite not knowing one another except as human beings, he can’t leave. He has bonded with the people he didn’t know, had no connection to, simply because they are human beings.

Despite being driven by his self-interest, the journalist stays, putting himself in harms way to help. To help his neighbour, his, as yet, unknown fellow man.

In other words, dear reader, when we feel we are fighting impossible odds, against something so big we can not win it is still worth fighting. We still have everything to fight for. Each other.