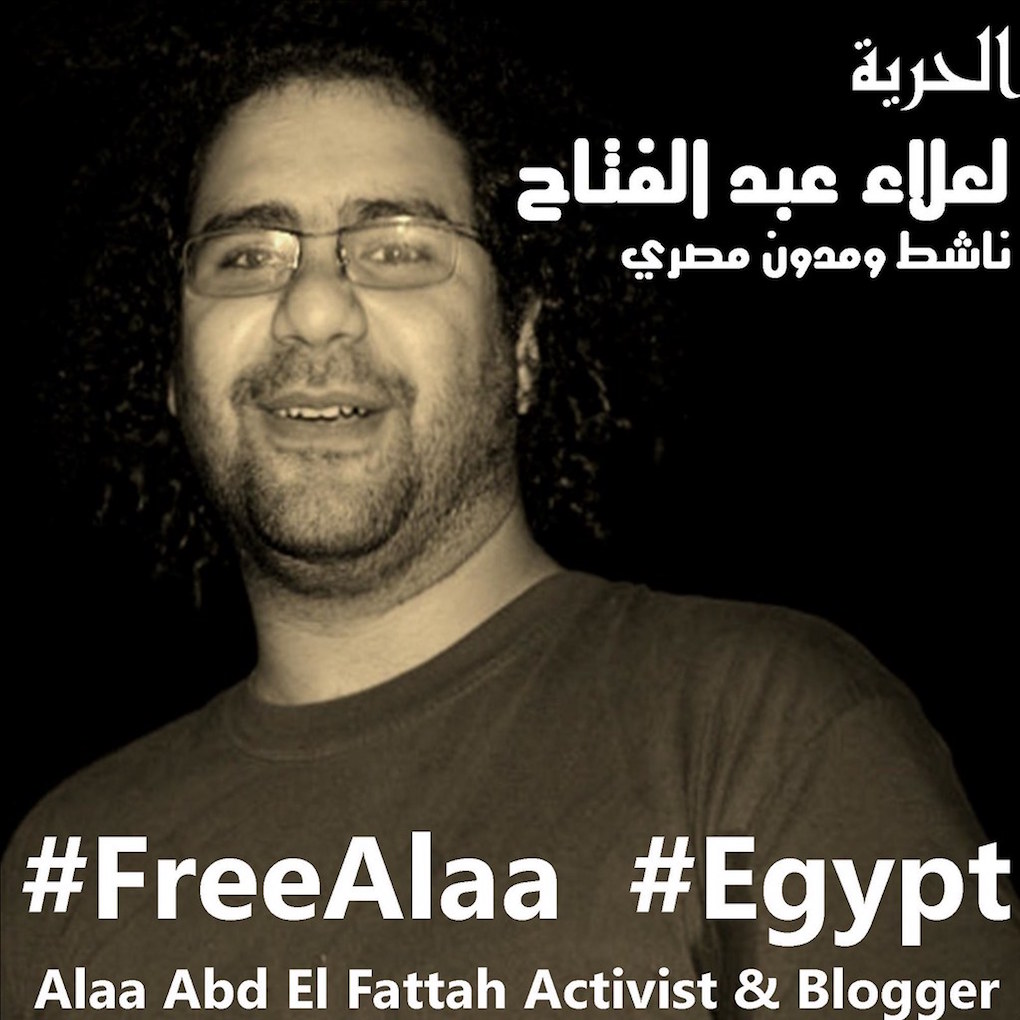 AS COP27 begins in the Red Sea resort of Sharm el-Sheikh organisations and individuals are calling for the release of Alaa Abd El-Fattah who has been imprisoned in Egypt for most of the last decade on various charges.

The charges he has been sentenced on include ‘spreading false news’, ‘undermining national security’, ‘belonging to a terrorist group’ and ‘using social media to commit a publishing offence’. Mr Abd El-Fattah is just one of the tens of thousands of government critics, including journalists, environmental groups, and human rights defenders, who are imprisoned in Egypt on ‘terrorism’ charges’, according to Human Rights Watch.

Prime Minister Rishi Sunak has said he would raise the case with the country’s presidency while he is in Egypt for COP27, saying it is something “many countries want to see resolved”. Khalid Abdalla, a friend and star of The Crown, has also spoken out, saying that there is every possibility that his friend, who is on hunger strike, could die during the summit.

He also said: “All 120 world leaders are descending on Sharm el-Sheikh right now. If all of them can’t result in Alaa being released from prison, then what hope have we got of saving the climate?”

A question many are asking after decades of climate talks with very little actually being accomplished.

We are on a highway to climate hell with our foot still on the accelerator.

The UN secretary-general said the target should be to provide renewable and affordable energy for all, calling on top polluters China and the United States in particular to lead the way. He also said it was a “moral imperative” for richer polluters to help vulnerable countries.

French President Emmanuel Macron echoed this, calling on the US, China and other non-European rich nations to step up their efforts to cut emissions and provide financial aid to other countries.

“Europeans are paying,” he told climate campaigners from France and African countries. “We are the only ones paying.” But former PM Boris Johnson who is at COP27 in a “purely supportive role”, said, “Per capita, people in the UK put a lot of carbon in the atmosphere… But what we cannot do I’m afraid is make up for that with some sort of reparations, we simply do not have the financial resources.”

This is at odds with Rishi Sunk who has said the issue of paying reparations must be discussed and who has vowed to push for countries to unite to leave “a legacy we could be proud of” for the children of the world.

The issue of compensation is a controversial one but one that is on the agenda. It will be interesting to see which leaders are for it and which against.