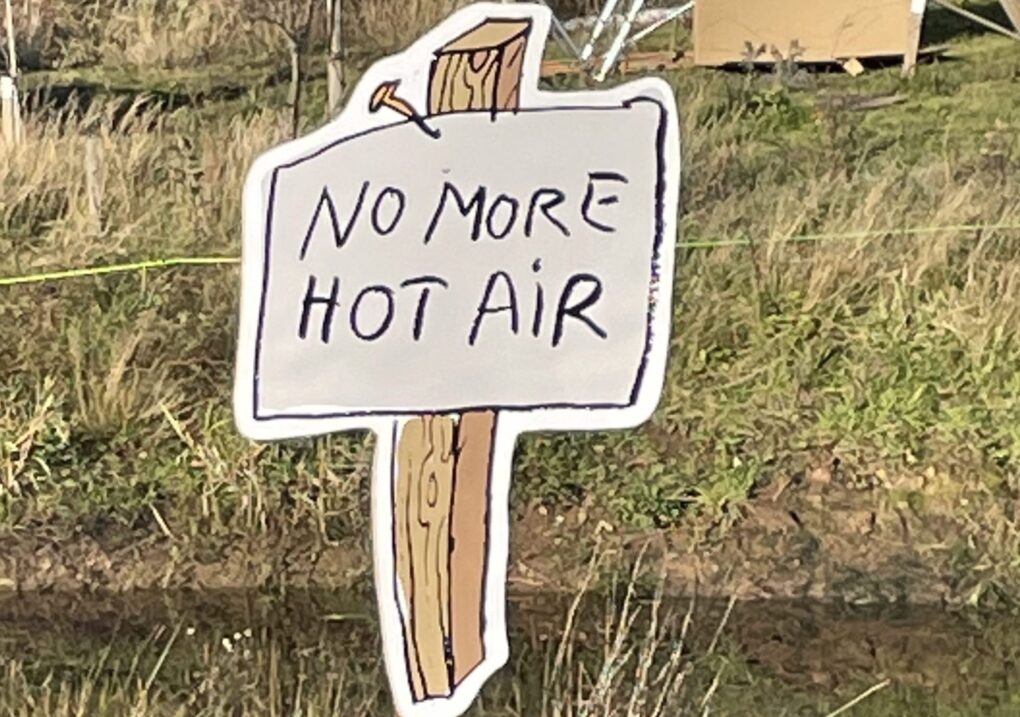 THERE has been much backslapping and celebration that an agreement was reached at the COP26 summit which has just finished in Glasgow. However, Rachel Kennerley, climate campaigner at Friends of the Earth, said:

“The road to 1.5 just got harder when these talks should have cleared the way to making it a whole lot easier.”

The 1.5 being referred to here is the commitment made at the Paris summit, which took place in December 2015, to limit global warming to an increase of just 1.5 degrees above pre-industrial levels.

According to most campaigners the World, far from being on track for 1.5, is closer to 2.4. DeSmog suggests that the true figure is likely to be 2.7 degrees higher by 2030. If that is the case it could spell disaster for humanity.

We are already seeing the effects of global climate change. As the glaciers shrink, the ice floes are breaking up, leading to higher sea levels. Some coastal cities are having to invest in stronger sea defences, and it is possible that eventually whole city loads of people will have to move inland.

Prime Minister Boris Johnson, still mired in personal sleaze allegations, told the COP 26 summit, “Greenpeace said that as a result of COP26 the era of coal is ending.” What they also said was that “It’s meek, it’s weak, and the 1.5C goal is only just alive.”

There are inevitably agreements at the end of these summits. But, where there is an agreement, there is also inevitably a spin doctor, who sadly shows no sign of extinction. Six years on from the Paris Accord, the reality is that very little real progress has been made. COP26 is no different.

Rachel Kennerley, of Friends of the Earth, commented, “The UK, as a country with huge historical responsibility for emissions, can end support for a mega gas project in Mozambique, pull the plug on the Cambo oil field, stop the new coal mine in Cumbria and drilling for oil in Surrey.”

And, whilst the British media are full of praise for the work serial liar Johnson has done to get an agreement, at least some people think the praise belongs elsewhere. Greenpeace, in their response to the summit, said: “The only reason we got what we did is because young people, Indigenous leaders, activists and countries on the climate frontline forced concessions that were grudgingly given. Without them, these climate talks would have flopped completely.”

Actions speak louder than words. Whilst fine speeches and tears over an agreement are all good drama the “climate emergency” warned by the IPCC has not diminished. Nobody should be in any doubt that relying on governments to bring in meaningful changes is a road to disaster.

Last year Edie.net reported that the MPs’ pension fund was still investing its £733 million in fossil firms, including Royal Dutch Shell and BP. Meanwhile in January The Guardian reported that Business Secretary Kwasi Kwarteng had “accepted substantial donations from fossil fuel investors and advisers as part of his 2019 general election campaign”

It is a real dilemma for ministers. Save the planet or save my investments? Except we all know that, without the discussion about substantially changing our way of life, the planet is doomed as a safe environment for our species.

Whatever is claimed for COP26, unless real and substantive action is taken to slow down the growth in planetary warming, capitalism will not survive because none of us will. And, whilst such sentiments used to be seen as the alarmist opinions of a bunch of extremists, they now have the support of scientists who spend their life working on such things.

Capitalism cannot survive. Either it takes us all down with it, or the mass of people rise up and realise that we need to force a change. That change, when it comes, may be called any manner of things but, unless it is substantially informed by socialism and socialist values, the human race will not survive.