Confabulations by John Berger – A Review 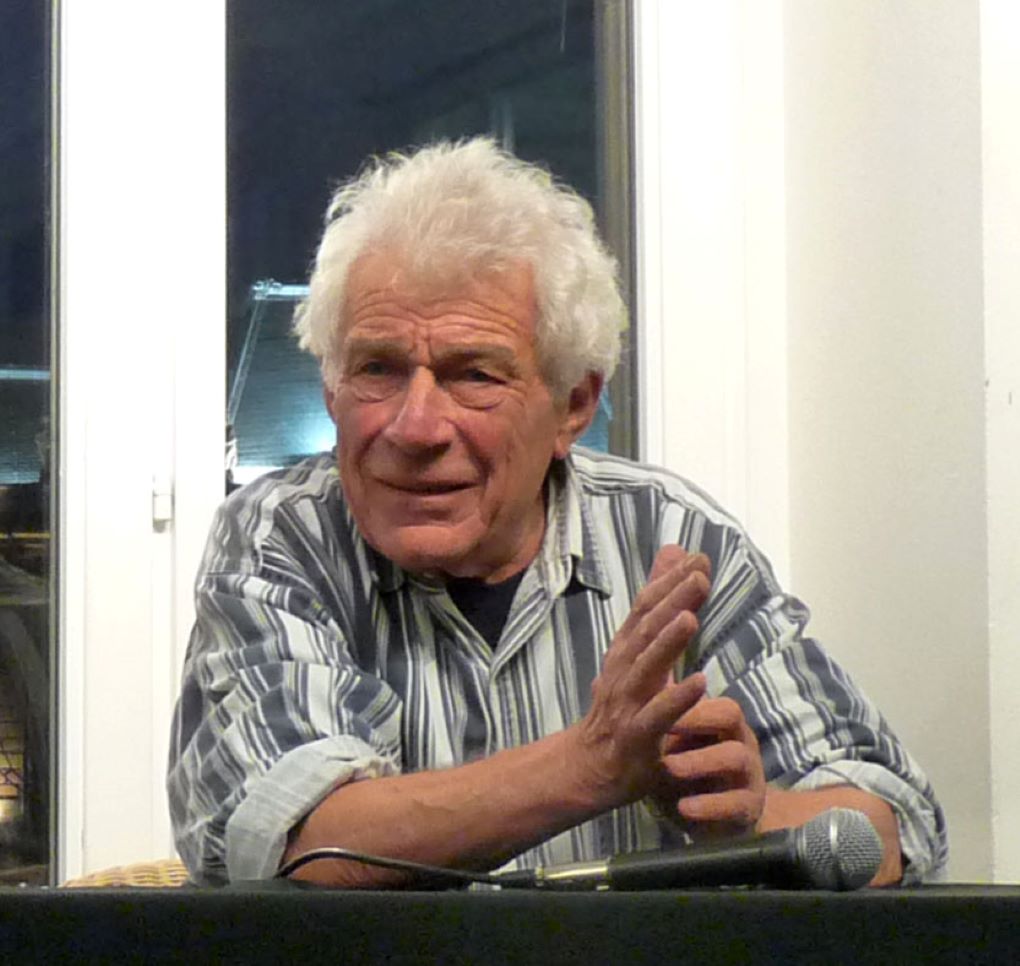 Then we meet Janine, a hitherto anonymous Polish woman who was Berger’s friend. She was seemingly unremarkable in that remarkable manner by which the stoical survivors leave their mark and thwart the intentions of those who would see them erased from history. She was one of the quiet revolutionaries who, simply by daring to be, committed an act of resistance. ‘Daring to be.’ What a world of unacknowledged heroism sings in those words.

Although John Berger is probably best known for his writing he is, first of all, an artist, and Confabulations is enhanced by the judicious inclusion of some of his art. His words are very painterly. He has an acute eye for form and colour and a voice that translates artistic perceptions into words for the rest of us. And we are inspired to look at the world anew.

“Facebooks without end but no horizons.”

Just one of many memorable phrases, this time in response to the art of Rostia Kunovsky. With a soundtrack by Tom Waits.

“The glimpses are like what you catch sight of at street level: a bit of blue sky, the potted flowers carefully arranged on the miniscule balconies which the apartment windows give on to, a bright set of puff garments on display in a store window.”

As well as vision, artists like Kunovsky have the wherewithal to realise their vision.

“He has the kit of a graffiti artist and the eye of a master.”

But, in looking at the world anew, we must also see that the world is now dominated by “The totalitarian global order of Financial Speculative Capitalism”. The sloganizing jars. Then I recall news of Bitcoin on the futures market. A virtual currency whose only real use so far has been to facilitate drug dealing and arms trading on the dark web is now deemed a suitable financial asset for hedge funds to gamble our futures on. The language may be ugly and graceless. But so is the world beyond all artistry.

Picasso enters the debate. He painted to show artistic solidarity with the struggle in Algiers. Berger reports that Les Femmes D’Algers has now sold for $180 million.

Art is compromised and so is language. In three pages Berger’s critique of the state of our language of politics and public discourse is absolutely devastating.  Berger argues that globalisation has made politics irrelevant, but politicians carry on as if they still matter. They use words that do matter like terrorism and democracy. But they empty them of all meaning. We live in a world of information that mostly refers to human suffering, describing events without context. The news is a meaningless series of shocks and disasters that hammers home our powerlessness. The media, when it does try to explain, can only do so in abstractions of statistics and data from which people and values and hopes and regrets have been banished.

Meanwhile the planet is dying, and dystopia is becoming a way of life for millions. We need to fight and the will to fight is there. Berger is not giving up yet. But how to fight back when global capitalism has mastery of traditional roads to change like parliamentary democracy? We want to fight yet we do not know how. We lack the kit. We need to develop our own mastery. And at the end of Confabulations Berger offers hope.

“Then, sustained by what we have inherited from the past and what we witness, we will have the courage to resist and continue resisting in as yet unimaginable circumstances. We will learn to wait in solidarity. Just as we will continue indefinitely to praise, to swear and to curse in every language we know.”