Class Struggle – Which side are you on? 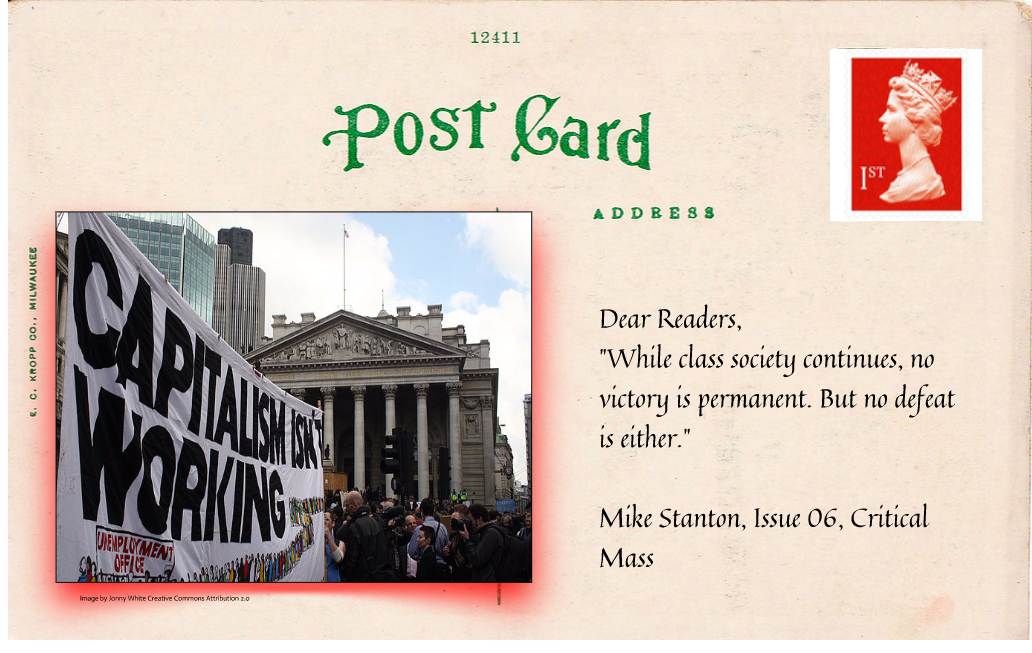 Which Side Are You On? is a great song about class struggle.

It came out of a miners’ strike in Kentucky during the Depression. It’s an easy question. On one side you have workers fighting for their jobs and their union. On the other side are the mine owner and his company goons backed by the police and the judges. Which side are you on? No socialist should struggle with that one.

And, when Britain experienced its Great Miners’ Strike of 1984-85, you would not expect a Labour leader to struggle with it either. Especially a leader with a left wing reputation, the son of a miner, representing a coal mining community in South Wales. And Neil Kinnock did not struggle. From the beginning, he opposed the strike while claiming to support “the case for coal.” He went on to side with the Tories against the Militant led Liverpool Council and presided over a witch hunt of the Labour Left.

If the Labour Party had thrown itself behind the miners in their struggle, it might have tipped the balance. Victory for the miners would have created a lame duck government and, instead of reducing the Tory majority at the next election, Labour might have won, and we would not have had to endure another ten years of Tory rule. But this was no isolated failure of leadership.

Most of the time western capitalism is able to deliver enough stability to satisfy the electorate. They, in turn, are content to vote for openly pro-capitalist parties. This makes it very difficult to elect a Labour government. So Labour politicians adapt. They persuade themselves that Capitalism has evolved and is no longer implacably opposed to working class interests. Whenever the mask slips and the system shows its “unacceptable face,” this is put down to the moral turpitude of individual capitalists or the failure of government to do its job properly and regulate the system.

The Essence of Labourism

Capitalism’s underlying instability means that, however long the good times last, there will be inevitable slumps that plunge the system into crisis. The government’s supporters in business and the media lose confidence. Voters are discontented. Splits emerge, and Labour is able to step into the breach and achieve office.

And each time, the socialists who had put their faith in Labour are disappointed. Instead of taking advantage of Capital’s temporary weakness to force through lasting change, every Labour government has ended up bailing out the system. Because the essence of Labourism is not about achieving Socialism through parliament.

Their ambition is far more limited. Labourism is the belief that it is possible to manage Capitalism for the mutual benefit of all. To do this you need a Labour government that can regulate the workings of the market while managing the aspirations of the working class. And, if class struggle threatens the smooth running of the market, every Labour leader, almost without exception, has known which side they are on. And it ain’t ours.

The Labour Party has always attracted Socialists who do believe it is possible to transform Labour into a truly democratic Socialist party that can go on to win power and use it to start creating Socialism. I have never doubted their sincerity and commitment. When the fascist Yaxley-Lennon, aka Tommy Robinson, came to Barrow to spread his message of hate in the last Euro elections, it was Labour councillors and Labour members who organised against him, alongside Unite Against Fascism and the LGBTQ+ community.

And there have always been Socialist MPs. Sometimes they have held leading positions in the Labour Party, both in opposition and as members of government. For a short time with Corbyn as leader it seemed as if we might finally get a chance to test the Parliamentary Road with a democratically elected Socialist government. He knew which side he was on and it felt like our side.

He failed, in part because of the hostility of the majority of the PLP and the officers who run the party behind the scenes. But crucially, he failed because he and the Socialist wing of the Labour Party put party unity against the Tories ahead of taking on the saboteurs. By analogy, it was like calling for industrial action on the basis of unity with the scabs! The scabs of course had no such qualms.

Since Starmer became leader he has broken every promise he made to the members on policy and party unity. Socialists are being driven out of the party. Socialist MPs are sacked from the shadow cabinet. The party machine is using every trick in the book to weaken internal democracy. When Starmer told Johnson in PMQs last July

In case the prime minister hasn’t noticed, the Labour Party is under new management.

Keir Starmer Declares Labour ‘Under New Management’ As He Distances Himself From Corbyn | HuffPost UK (huffingtonpost.co.uk)

what he really meant was that the old management was back with a vengeance.

The Parliamentary Road is paved with good intentions. It is also full of potholes and pitfalls to trap the unwary. Parliament can be a platform for Socialist ideas but it has never been seriously tested as a tool for implementing social change. And it never will be unless we can build a truly democratic Socialist party that can win a general election. We had a glimpse of what that might look like during the Corbyn period. We also saw how the media, big business and the state, aided and abetted by the Labour Right, mobilised to destroy the prospects of a Corbyn led government. Such was their determination to bury Socialism that they thought the disaster of a Boris Johnson Brexit deal was a price worth paying.

So the road ahead is hard. Can we ever take back the Labour Party? I don’t think so. Even if we did, would playing by the parliamentary rules ever get us a Socialist Government? And, if so, how neutral would the machinery of state be in enabling our exercise of power?

It is worth remembering that common folk like us were rebelling for centuries before we ever had a vote, never mind a party to vote for. We have broken serfdom, overthrown a king, built trade unions, won an eight hour day and extracted reforms and concessions from governments, Tory and Labour alike. We broke the poll tax and saw off Thatcher, despite the Labour Party, not because of it.

While class society continues, no victory is permanent. But no defeat is either. It’s still all to play for. On Saturday Labour MP Richard Burgon and lifelong Marxist and revolutionary John Rees shared a platform. They were not there to argue over revolution or reform. They shared a common purpose to free Julian Assange. There will always be things to debate and spaces like Critical Mass to host our discussions. Just so long as we remember that we do this to prepare ourselves, so that whenever Capital poses the question, “Which Side Are You On?”, we stand and we answer together.