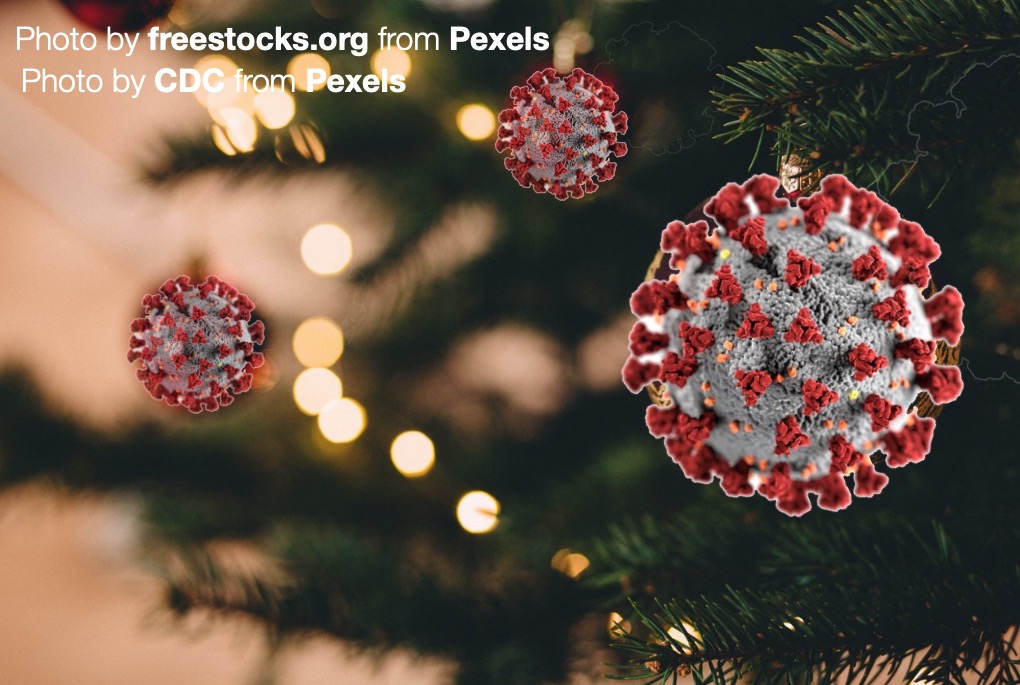 AS the spectre of the Omicron variant of Covid-SARS 2 threatens to bring new restrictions, people are, understandably, asking whether these restrictions apply to all of us. But the cancellation of Christmas amid the hypocritical wriggling of the Tories is not the real story here. As the tabloids and most of the population obsess about people’s rights to have family and friends round for Christmas dinner, we are sleep walking into a state where we may have no rights at all as legislation wends its way through Parliament which will reduce the right of every citizen to take a contrary view of the government of the day.

The news that Number 10 hosted a party shortly after telling the rest of the population they should not travel for Christmas gatherings last year has filled most of the tabloids for the best part of the week. Despite denials from ministers anonymous ‘guests’ have revealed that “several dozen” attended the event in clear breach of the rules. Sadly, those same tabloid journalists have not managed to muster any enthusiasm to save our rights from the assault of a Parliamentary Conservative Party that sees any challenge to their hegemony as a ‘nuisance’ that must be silenced. It is not as if the Tories are particularly good at keeping to the laws themselves that they impose on the rest of us. The Number 10 party is just the latest in a long line of breaches.

In March 2020 Dominic Cummings, then a senior political advisor in Number Ten, drove 264 miles from London to Durham in clear breach of the rules. Although he later resigned, his flouting of the Covid rules received no sanction at the time. Indeed, numerous Cabinet Ministers were very quick to jump to his defence, and given his later admission that he lied we can reasonably assume that most of them did too.

One rule for them

Strangely, at the same time as Number 10 employees were playing games at an event in breach of the rules, two students from Derby were being fined £10,000 each for hosting parties. Let’s be clear, breaching Covid rules is wrong. They are introduced to help save lives. But, if anything reminds us that it is one rule for them and another for the rest of us the fact that politicians, and their advisors and staff, feel that they are free to do as they wish whilst moralising about the importance of the rules, this is it.

And, it is not just the Tories. Labour MP Stephen Kinnock also broke the rules to visit his father former Labour leader Neil in May 2020. After Kinnock posted a photo on Twitter of himself, socially distanced, with his parents outside their home, South Wales Police replied: “We know celebrating your dad’s birthday is a lovely thing to do, however this is not essential travel.” Many others noted that they had not even been able to be with dying parents due to Covid restrictions.

It is not just that politicians break the rules but that they seem to think it is their right to do so that grates with the public. Margaret Ferrier Scottish National Party MP for Rutherglen and Hamilton had the whip removed after it emerged she travelled from Glasgow to the House of Commons while waiting for the results of a Covid-19 test in September last year. But, she retained her £86k salary, as did Stephen Kinnock. Unlike the Derby students they, basically, got away with it.

Our way of life under attack

Whether the Omicron variant is severe enough to need further restrictions has not yet been decided. But, as this storm in a papercup continues to exercise the national media the range of new, permanent, restrictions being introduced by the Tories is going through with barely a whisper. The Borders Bill making it illegal to be a refugee in Britain in clear breach of international law passed its second reading on 4th November. The Police, Crime, Sentencing and Courts Bill which will make it almost illegal to protest is now in the Lords, just one step away from gaining Royal Assent.

These Bills when passed are a serious assault on our way of life. They criminalise refugees and make the drowning of those attempting to claim asylum here more, not less, likely. They mean that any protest which could, potentially, annoy a person (who need not actually exist) can be cancelled by the Home Secretary. Your right to protest will literally be in the hands of Priti Patel.

We should be less worried about whether Christmas will be cancelled (it won’t, it might be curtailed) and more worried that our “rights” will be cancelled. The legislation for the latter is well advanced and all those people who think it won’t concern them might be in for a rude awakening in the future when their local protest is prevented because it might upset somebody.

We do need to worry about Omicron and a pandemic that shows no sign of abating any time soon, but we should not make the mistake of reducing that worry to how people celebrate one day of the year. Instead we should worry about how we deal with a World in which more and more people are being marginalised by design and then demonised as they seek a better life.

One thought on “Christmas cancellation and Tory hypocrisy”