What Christmas Means To Me 7 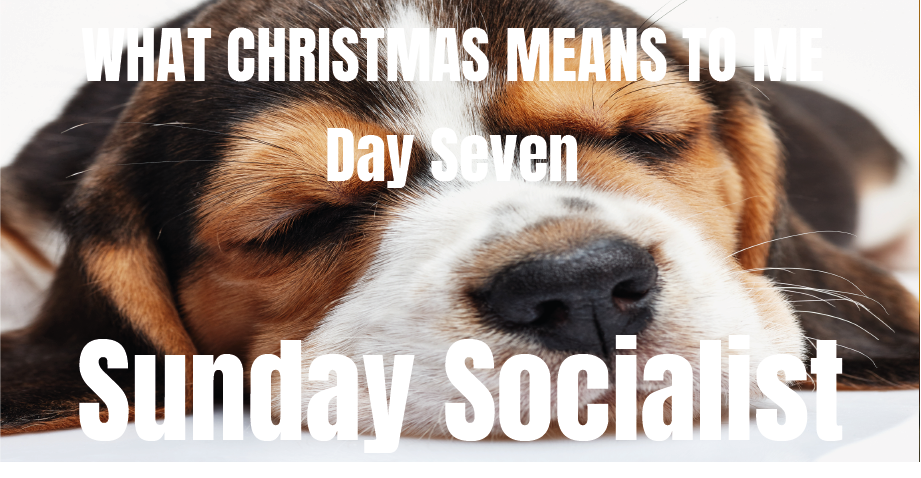 At some point today our new monarch will address the nation and he will mention that it was the year his mother died. People die every day. Sadly. But it is a fact of life. There are, it is said, two things of which you can be certain: death and a Labour government selling you down the river.

Seven women, I don’t know if they were all mothers, died this year in industrial accidents. But, do you know the names of any of those women? I don’t. Did we stop for 7 days of grieving for any of those women? Why not? Why is the life of one elderly monarch worth so much more than the lives of ordinary people who lost their lives trying to make a living?

As a matter of interest, 116 men also died in industrial accidents. That phrase ‘industrial accident’ sounds far more benign than it is . Twenty-nine people died, at work, after a fall, twenty-three after being struck with a moving vehicle, fifteen after contact with moving machinery. In other words, they did not have a little accident that required a band aid, they died in horrific and, often, painful ways. Whilst doing their jobs. They set out for work one morning and simply did not return home.

If we were to take 7 days to grieve each worker killed in the UK in 2021, we would be closing the country down for most of the year. But, if we can close the country down for one person who died of natural causes in their nineties, then surely we should pause for thought for those who die unnecessarily in industrial accidents.

On 13th November, the BBC reported, “A construction worker has died while working at the Hinkley Point C nuclear power station site in Somerset.” The man is reduced to being an anonymous ‘construction worker’. In a follow-up report he was named as 48 year old Jason Waring who left a wife, Sarah, two sons and a daughter. Let’s spare a thought for Sarah and her family this Christmas.

What has all this got to do with Christmas you might ask? Glitter, tinsel, fairy lights, presents, family – is that Christmas? We certainly do not want it ruined by reality.  But, unfortunately, as the holiday comes to a close, we will trudge back reluctantly to work and start worrying about how to pay the bills we have run up to give the family a special time.

Christmas is an illusion. It is the epitome of the opium of the people. It is designed to take our minds off the fact that some people clearly matter more than others, that some lives are more valuable than others and that, until we change, more workers will die on the altar of capitalist accumulation each year. More people will die because we deny them resources that others not only take for granted, but have a surplus they could easily live without.

So I hope you are having a merry little Christmas, but remember the fight against injustice has to continue because the stakes are too high to pretend that carrying on as ‘normal’ is a realistic prospect.