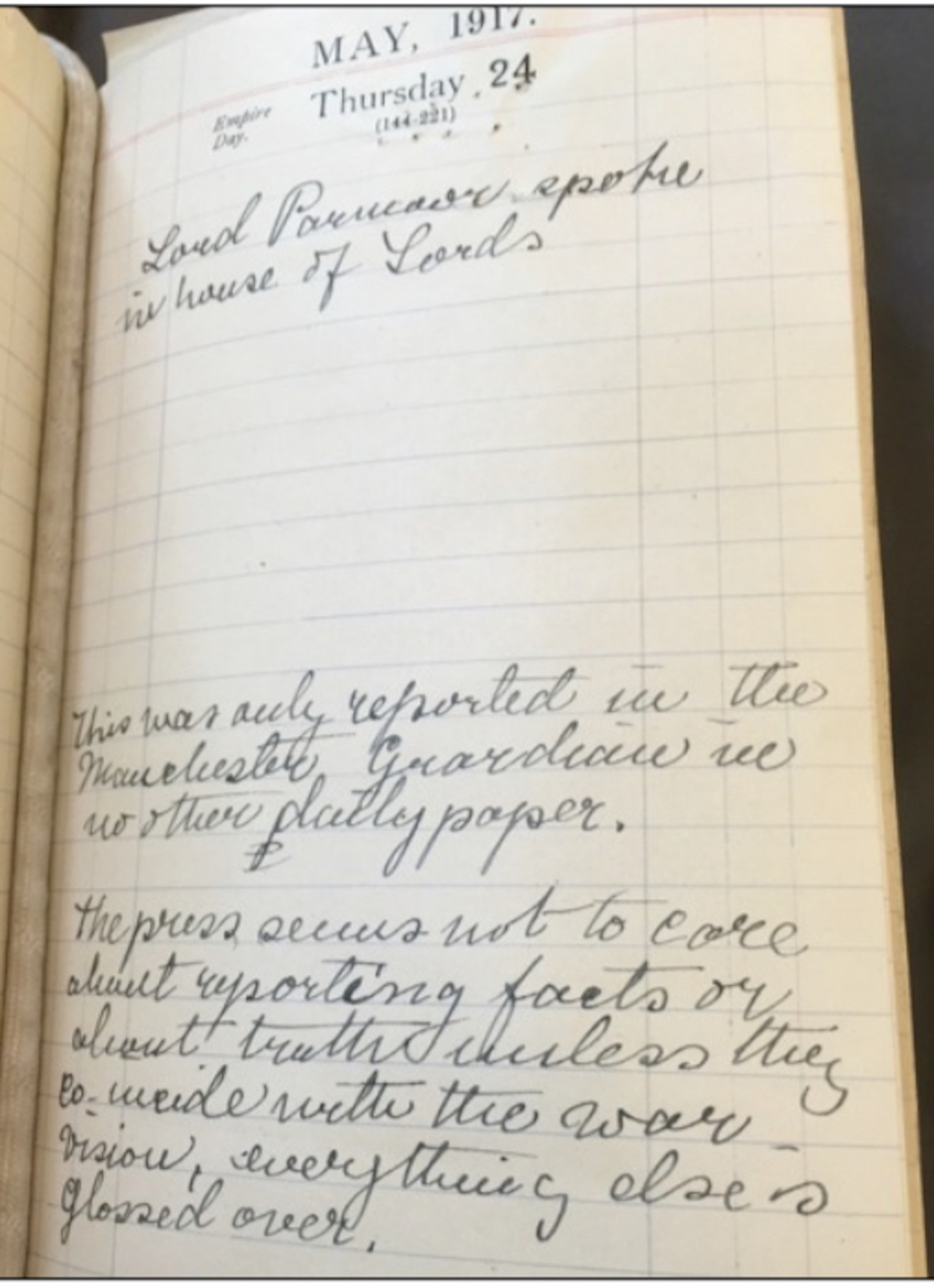 Another inspirational figure in the Critical Mass series

Caroline Playne was an inspiration to many in the early part of last century, and hopefully her life and work will become increasingly well known and continue to inspire those who work for peace.

A campaigner and independent thinker, Caroline Playne worked tirelessly for peace throughout her life. She was born in 1857 in Gloucestershire, but little is known about her early life. Soon after the turn of the century, she recognised the threat of war and in 1904 she was a founder member of Britain’s National Peace Council, set up to support the action of the International Court in The Hague. She was active in many organisations, including the Church of England Peace League, the Hampstead Peace Society and the League of Peace and Freedom. She also attended and spoke at peace conferences, both at home and abroad. She supported ‘enemy aliens’ after the start of the First World War, specifically as part of the Society of Friends’ Emergency Committee for the Assistance of Germans, Austrians and Hungarians in Distress. These people found themselves increasingly vilified and without accommodation and other essentials.

One of her early works was a work of fiction, The Terror of the Magdurghotts, one of two novels which she wrote, based on a conflict between two groups on a fictitious Scottish island. The protagonists remarked on the rivals as ‘not behaving as though composed of rational beings but delighting in preparations for fighting and devastating‘. These words foreshadowed observations she was to make about the approaching war.

Playne also wrote five works of non-fiction, including a biography of the Austrian peace campaigner, Bertha von Suttner. She produced a detailed and original study of the mentality of the British people before and during the First World War. Her work was based on her extensive reading and her observations of the pressures and influences on the public. It contained numerous quotations and references, and her analysis of group processes and the force of the crowd contributed to the social psychology of the time. She kept records of life on the home front, which added to accounts of the period’s cultural history, and she contributed to the historical debates about pacifism, dissent, nationalism and international relations.

She was determined to understand people’s minds in wartime and the causes of war and focussed on group psychology. She decided to note and record “all that I could about the prevailing mental fever and alienation from standards of sanity”.

Playne was familiar with the scholarship of the crowd. At the time she was writing, crowd behaviour was generally considered negative, involving primitive levels of emotion. Subsequent studies have modified this view, but there are many examples of people behaving in crowds in ways they would not as individuals. Playne was very concerned about the loss of reason, the effects of propaganda, the hostility towards dissenters and outsiders, the growing nationalism: “The psychosis of nationalism blinded people”. She used the term ‘contagion’ to describe the way ideas and beliefs spread through a crowd, often encouraged by politicians and the press. The press, the Northcliffe press in particular, was influenced to a large extent by the government, the military and newspaper proprietors. Playne believed the emotive language and symbols at the time perpetuated the hatred of Germany.

Research into women’s campaigns in the early twentieth century has overlooked Playne. She has been championed by Richard Espley of London University, who wrote: “She has not been discovered and celebrated by the growing body of published work on women in pacifist and other radical movements in the early 20th century”. She is sometimes referenced for her observational detail recorded during the war years. Her diaries about day-to-day life are in the library in Senate House at London University where she donated all her work before she died.

Can we learn from some of the early peace campaigners such as Caroline Playne? Playne was not hesitant when it came to standing up for justice and speaking in protest against the nationalism and propaganda that fuelled hatred and prejudice. More than likely, were Playne with us today, she would make the same comments on crowd behaviour and the bias of the press now as she made over 100 years ago. We can see how easily the media, world events, governments and individuals can induce feelings to run high and rumours and prejudice to spread.

It is shocking that over the years we have not learned from the many wars between different groups of the human race and that a campaigner’s pursuit of peace early last century and her wise words are still so relevant today. With the threat from the climate crisis growing every day, we should surely be promoting peace and amicable co-existence and working towards reducing growth, curtailing emissions and sharing the resources of the planet.