Capitalism Is The Real Crisis 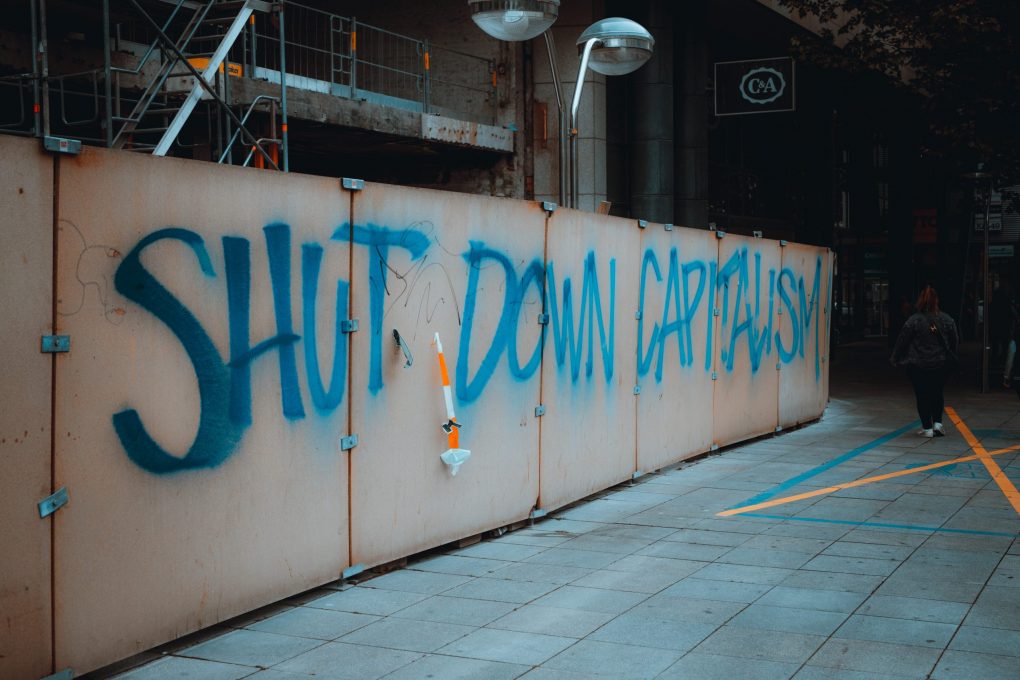 Photo by Marcel Strauß on Unsplash

While the war rages in Ukraine, the UK has been hit by a cost of living crisis. High inflation, rents and energy bills and low pay, benefits and pensions, after a decade of Tory austerity, have brought us a perfect storm. Millions of families are struggling to manage and keep a warm roof over their heads. Even the middle classes have been hit by an extortionate rise in fuel bills, and money saving expert Martin Lewis has said, “Energy bills would cause some to starve or freeze”.

Anti-poverty campaigner Jack Monroe, AKA Bootstrap Cook, has been actively working to expose the Tory government’s mendacity and failure to deal with a crisis which is of their making. A few weeks ago she carried out research to show that the CPI (consumer prices index) which is used to measure inflation, failed to take into account the rise in costs which affect the poorest, particularly food prices. She noted that the cost of some supermarket basics had increased by over 100%. As a result, the ONS agreed to review the items in its prices basket of goods.

Yesterday in the Observer she attacked the government for their complicity in causing this crisis through austerity and failing to sufficiently raise pay and benefits:

“This government has routinely balanced its books on the backs of those least able to shoulder the burdens, and the macabre and heartbreaking roll call of the names of those who have died as a result of the failures and cruelties of the DWP runs to the thousands. And if their deaths, and lives, are not learned from, then many, many more people will die in the months and years to come.”

Disabled activist Frances Ryan has pointed out how the Tory antipathy towards disabled people has led them into deeper poverty. Many disabled people missed out on the £20 benefits uplift to universal credit introduced by Rishi Sunak in 2020 as a result of the Covid crisis. The government is set to increase benifits by 3.1% at a time when inflation is expected to rise by over 7%. She says:

“Bear in mind that benefit rates are already at a 30-year low – a level so meagre that the government’s own research shows disabled people are unable to afford food, rent and energy bills, even before the inflation hike. April’s real-terms benefits cut comes only a few months after ministers cut the universal credit “uplift” of £20 a week. That move itself came after a decade of cuts and freezes to social security. The only things that have gone up for people on benefits in recent years are the queues at the food bank.”

Richard J Murphy, the accountant and tax activist, has crunched the figures on the predicted 54% rise in energy prices next month and concludes that the increase will result in massive profits for the energy companies. He predicts that energy producer profits will rise 40 fold as a result of energy price increases, and, as he points out: “Let’s be clear, that none of the cost of producing energy in the world has changed because of war in Ukraine. In fact, right now, there is not even a shortage of energy in the world because of that war: Russia is still supplying oil and gas right now”.

“It’s vital to remember this: oil and gas are going up in price because people – oil companies, hedge funds and others – are speculating in oil and gas in the expectation that there will be shortages. No one actually thinks the stuff is going to cost more to produce.”

Wherever you look there is a crisis – climate, Covid, cost of living, healthcare, housing – the list goes on. The cause of these crises is neoliberal capitalism, forty years of an onslaught on workers’ pay and conditions and the privatisation of public services to provide easy profits for banks and corporations. Decades of deregulation and environmental destruction. This is no accident. Its a deliberate change brought about by politicians who work hand in hand with the super rich and the oligarchs that has given us the rotten, corrupt system we live in today. Without real change things can only get worse. It’s time to wake up to the fact that the real crisis we face is capitalism.